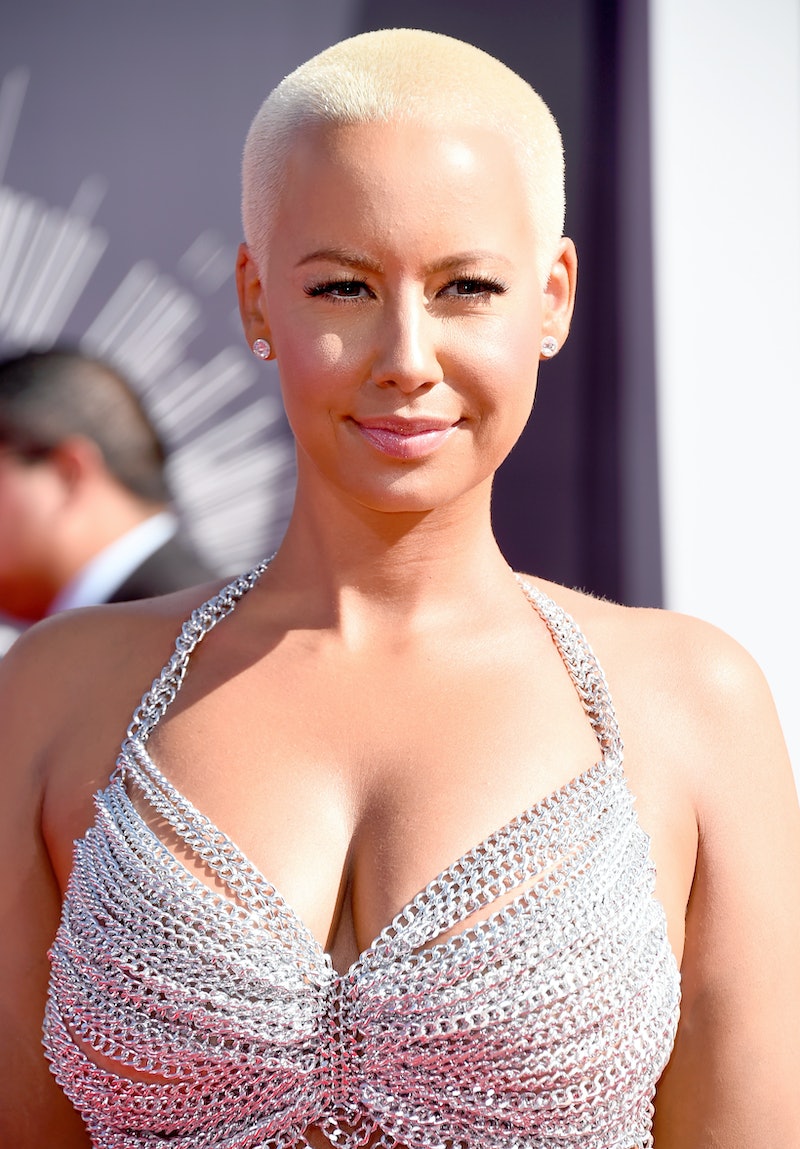 Over the weekend, fellow divorcées Nick Cannon and Amber Rose spent a day at Knott's Berry Farm in LA, riding roller coasters, eating funnel cake, and probably bypassing any lines that normals are sequestered to. While this doesn't by any means guarantee that Amber Rose and Nick Cannon are dating, going to a theme park is a rather couple-ish thing to do. Imagine how we'll all feel in three weeks if they're spotted leaving The Palm together after a one-on-one dinner, holding hands. At that moment, we'll all be like, "Blast! We should have known from Knott's Berry Farm!"

As TMZ reports, Rose and Cannon were spotted on Friday night on the front row of a roller coaster at the California amusement park, sitting side by side. Curiously, the rest of the seats on the coaster car were empty except for an apparent friend who sat immediately behind them. This is either because famouses can't be bothered when they're on rides or because they wanted some sexy alone time. Alright, I admit that the latter explanation is maybe a bit sensationalist. The first one is probably it. But wouldn't it be super fun and scandalous if it were both?

Iunno, guys. Maybe you can help me out with this. Let's go to the tape.

Alright, so that's, well, pretty inconclusive. The only thing that is conclusive is that, yes, it is Nick Cannon, as the bystander astutely notes. That aside, there seems to be no foul play happening here. Luckily, TMZ caught up with Cannon as he fled a restaurant in LA. They hounded him for answers about his rendezvous with Rose, to which he replied that he's "not creeping" and that their relationship is "all business." He also explained the reason that their car was scantly populated. Why? Because the front and back cars on roller coasters are awesome sauce and the middle is totally lamesville.

Other than giving a free interview to TMZ, Cannon identified that he and Rose were essentially in a business meeting. You see, Cannon is Rose's new manager. However, if it wasn't a business meeting, that would be some pretty interesting stuff. The timing would be either the worst ever, or really great for the both of them. In August, Cannon's wife Mariah Carey filed for divorce against the TV personality after eight years of marriage. Just a few weeks after this, the news broke that Rose would be getting a divorce from her husband Wiz Khalifa. That said, they could either be comforting each other, or just not ready in any way for a new relationship. Then again, getting another manager if things don't work out would be a seriously annoying task to deal with for Rose.

Either way, I hope they enjoyed their Zeppoles, or whatever amusement park food they purchased.