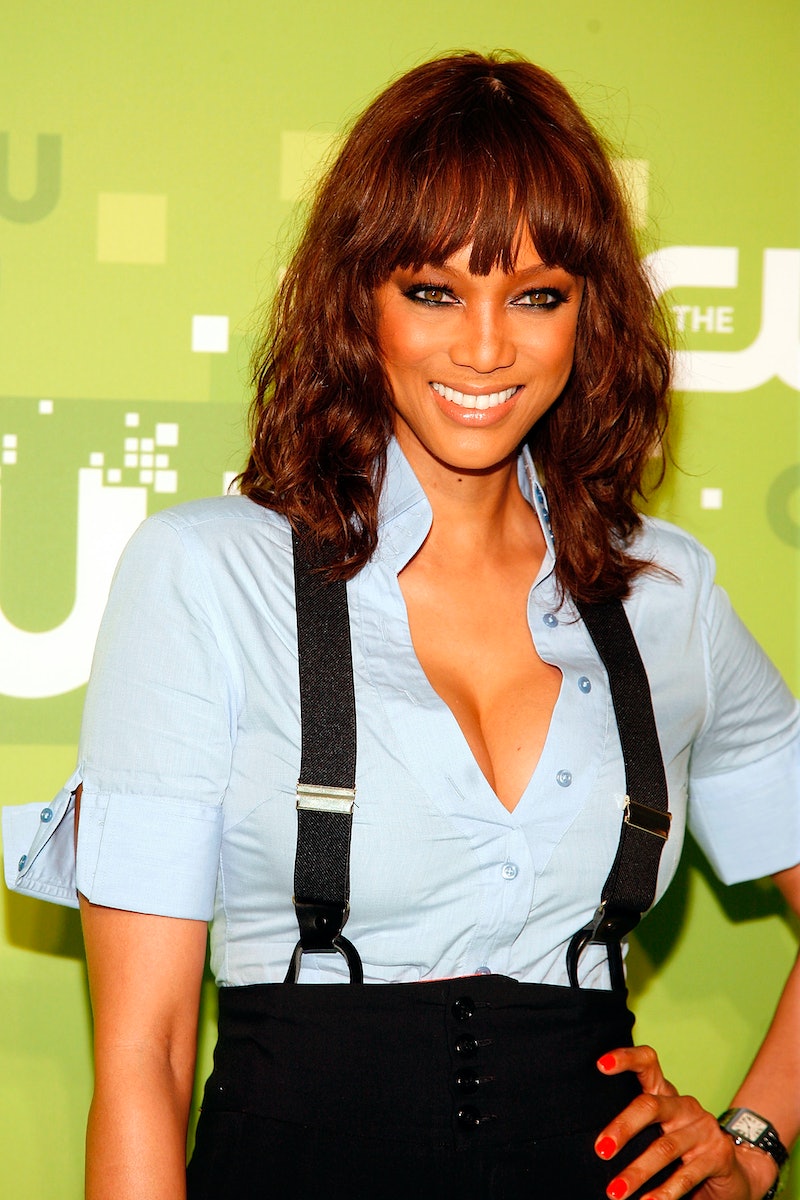 Winning back-to-back Emmy Awards clearly wasn't the pinnacle of talk show success for Tyra Banks. Perhaps she won't be satisfied until she's added a few more golden-winged statuettes to her collection — and she appears to be already laying the groundwork. The Wrap reports that Tyra Banks has a new talk show premiering next fall on ABC. Appropriately titled The F.A.B., which stands for "fun and beautiful," the model-turned-mogul's newest television venture sounds like a cross between America's Next Top Model and The View. Although it's kind of disappointing that the "F" doesn't stand for "fierce," there are four reasons that The F.A.B. sounds way more interesting than Banks' self-titled talk show. Their names are Chrissy Teigen, Joe Zee, Lauren Makk, and Leah Ashley, otherwise known as Banks' co-hosts on The F.A.B.

Teigen will undoubtedly showcase her outspoken, opinionated nature while Zee and designer Makk will certainly provide a fresh fashion angle. Meanwhile, YouTube phenom Ashley will fit in perfectly thanks to lifestyle blogging for A Fab Life . Their personalities combined with Banks' insane, over-the-top antics sounds like guaranteed success.

According to The Hollywood Reporter, The F.A.B. will be centered around lifestyle

topics. An announcement for the show read, "From fashion and beauty to food and design to doing it yourself and even starting a business, the show will not only entertain, but also motivate the audience to make their lives more fun and beautiful."Well, it certainly sounds like Banks' post-modeling career is showing no signs of fizzling out. ANTM is on its 21st cycle, and even though it jumped the shark a long time ago, clearly someone's still interested. Plus, the 40-year-old recently announced her new line of self-titled cosmetics and openly proclaimed herself as a feminist, which shows that she's on the right track to continue building her empire and serving as an inspiration both on and off the runway.