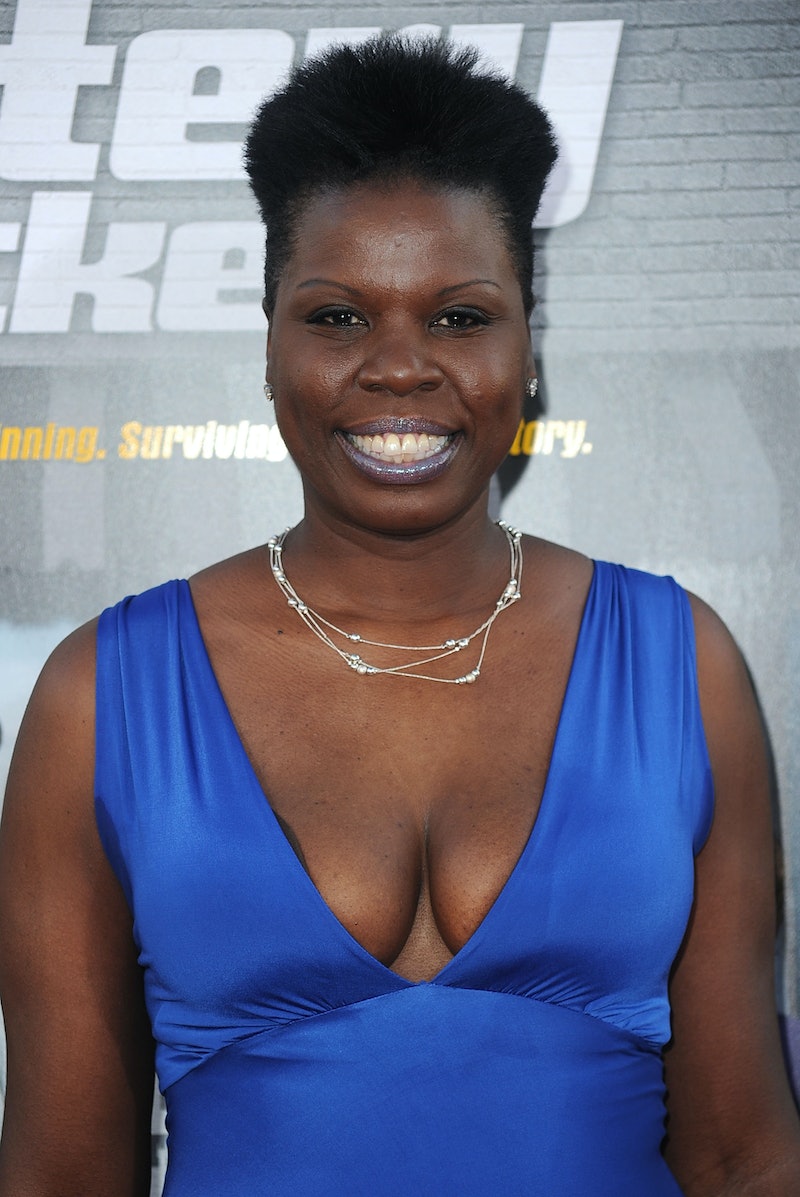 Let me begin by saying that I do my best to give credit where credit is due. I am nothing if not thrilled that Saturday Night Live cast Leslie Jones as a featured player for its 40th season. I've already had to call the show out for rarely allowing females to host the SNL season premieres, and even I get tired of always having to call them out for its very serious diversity problem. However, it looks like I'm going to have to do that again. Jones was an SNL Weekend Update correspondent and is one of the writers, so I'm pleased that an internal promotion means we're getting to see another person of color on our screens every week. However, Saturday Night Live still has diversity problems and I'm going to have to prove it with math.

The 40th season of SNL has had to deal with a lot of cast shake-ups, between the departure of Nasim Pedrad and the fact that Keenan Thompson will soon retire. The addition of Jones to the main cast is a great way of putting a Band-Aid on these losses, but it's not the only thing that the show should be doing. Every time Saturday Night Live hires new comedians or writers, it's like sifting through a box of Cracker Jacks to find the prize hidden within as far as diversity is concerned. Despite the hiring of Jones and of five new writers for its 40th season, SNL still has a lot of work to do in order to be more evenly balanced as far as gender and ethnicity goes.

The promotion of Jones from repertory player to featured player made the featured cast of Saturday Night Live one step closer to being more evenly diverse. This is actually the category in which SNL is doing the best right now, so congratulations should be handed out before we get to the rest.

Am I upset that the Weekend Update has no female anchor for the first time since Seth Meyers hosted alone for a period on Saturday Night Live? Yes, yes I am. Will I at least try and accept that hiring Michael Che as a Weekend Update host gives us some much needed diversity here? Trying is all I can do.

SNL currently has 24 writers, not including the head writers. Even after the new hires, most of them are white men. And if Jones is going to do more acting in the sketches than she does writing after this promotion, then that number has dipped even further. However, even this pales in comparison to...

I'm really glad that Saturday Night Live is taking steps toward making itself more diverse, even if they are small steps that usually have something problematic attached to them. However, if the show truly wants to escape the stigma of its refusal to diversify, then it needs to bring on more women and people of color to every aspect of its production.