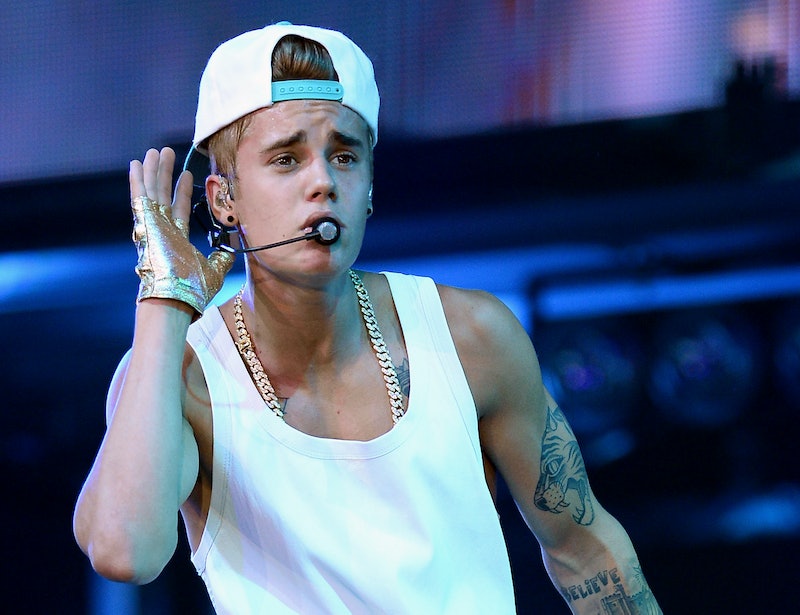 It appears that Selena Gomez may have reconnected with a maybe, possibly, a little out-there love interest, by the name of Orlando Bloom. You may have heard of him before, maybe not, he's totes obscure. You may have also heard, as Just Jared points out, that this Bloom character (whoever he is) was the very same guy that got in a bit of a tiff with Gomez's infamous ex-boyfriend, Justin Bieber. Yes, admittedly, I'm snickering and giving the Wizards of Waverly Place actress a spiritual high-five for this as well. So what really went down? Selena Gomez and Orlando Bloom were spotted in the same airport, at the same time, standing rather close to each other. But hey, it could be just a friendly, average, everyday excursion together. Let's not jump to conclusions...

Or let's. It doesn't really matter if they're a real item or not, because you know either way Bieber's blood is boiling. And Gomez and Bloom are allowed to hang out with whomever they please. They're both adults (she may look young, but Gomez is 22), they're both unattached (I think...), and they're both real nice to look at (definitely). Good for them. And as stated, it is possible for a man and woman to be platonic friends, too. Especially, if they have something in common... or someone in common. Regardless, here’s how I imagine The Biebs reacting to the news (basically, the five stages of grief... plus some... and then remixed):

One, two, three, four, five, six... they're all still there, so that can't be what this is about.

I bet she's riding on his ATV right now, getting into other, better arguments with minivan drivers.

His bangs are mostly covering his eyebrows and thus stifling his expression, but believe you me, he's furious.

Let it all out, Justin.

The "Whatevs, IDC" step aka I totally care and I'm wearing these over sized sunglasses to hide my vulnerability.

If you love something, let it go, Biebs. Let it go.