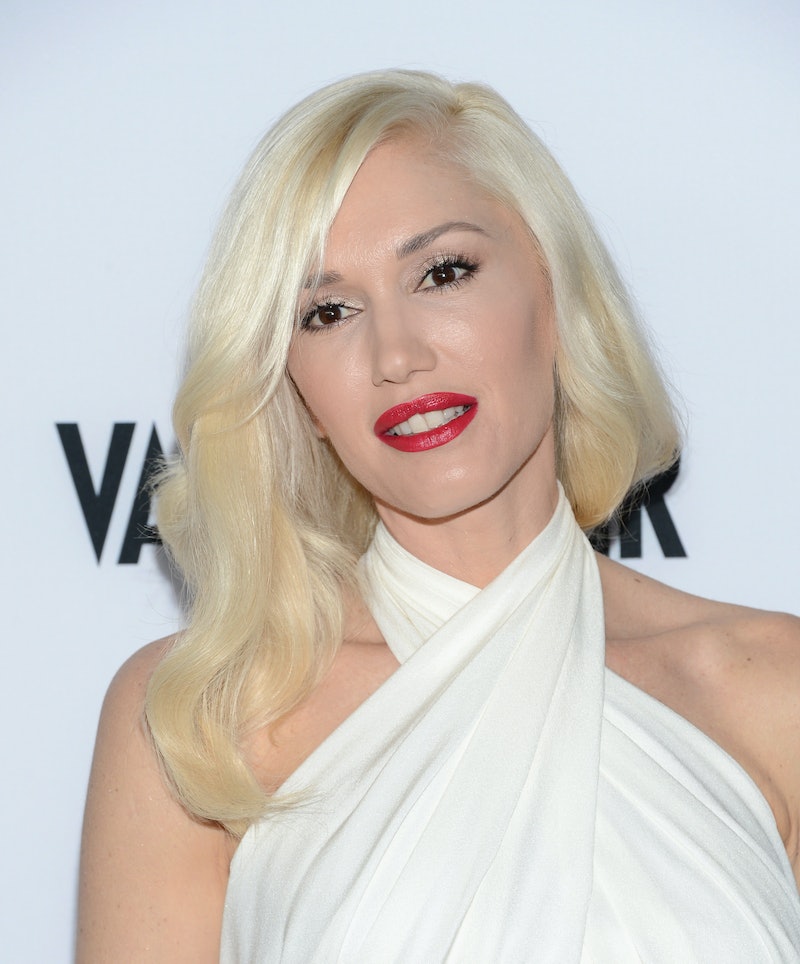 From the first few moments of the brand new video for Gwen Stefani's single "Baby Don't Lie," it's easy to see that her signature visual style is as loud as ever. The neon explosions paired with black and white checkerboard and houndstooth digital mountains are a wink to Stefani's ska-punk days in No Doubt, as well as her solo catalogue. The sound might be a little different, a little more synth and dance-heavy, but the video reminds us that she's still the same Gwen. Albeit a dizzyingly digitized version. I sort of wish the director stuck with the simple motif of the black-and-white close-ups of the intro and outro. In any case, the song and the video certainly make a statement about Stefani stepping, or blasting, back into a solo career.

The Voice judge is clad in her classic retro style as she marches and dances through a punk-rock Alice in Wonderland-scape. When the video is about one-minute in, a trio of alien-like creatures join as her back-up dancers. They'd be more mencing if they didn't have the quality of Windows 95 screensavers. Are they supposed to serve as the metaphor for what her baby is lying about? Are they replacing the Harujuku girls? Are they cleaning supplies?

Let's try and figure out what exactly these digital back-up dancers are (other than the stuff that nightmares are made of)...and what they're doing on Gwen's planet.

Oh cool! After Aaahh!!! Real Monsters, Oblina found her way to a professional career in performance. Good for you, girl.

Check it out! It's Alex Mack in the middle, all grown-up and still-liquefied.

Though the blue thing below is far less huggable.

From this angle the thing on the right definitely looks like :

That is if Kevin was an entertainer on a cruise ship.

But you know, there's just something about they way they all move that just reminds me of...

Who knew Gwen Stefani was capable of ripping off of Sweet Dee?

Check out the whole thing here: