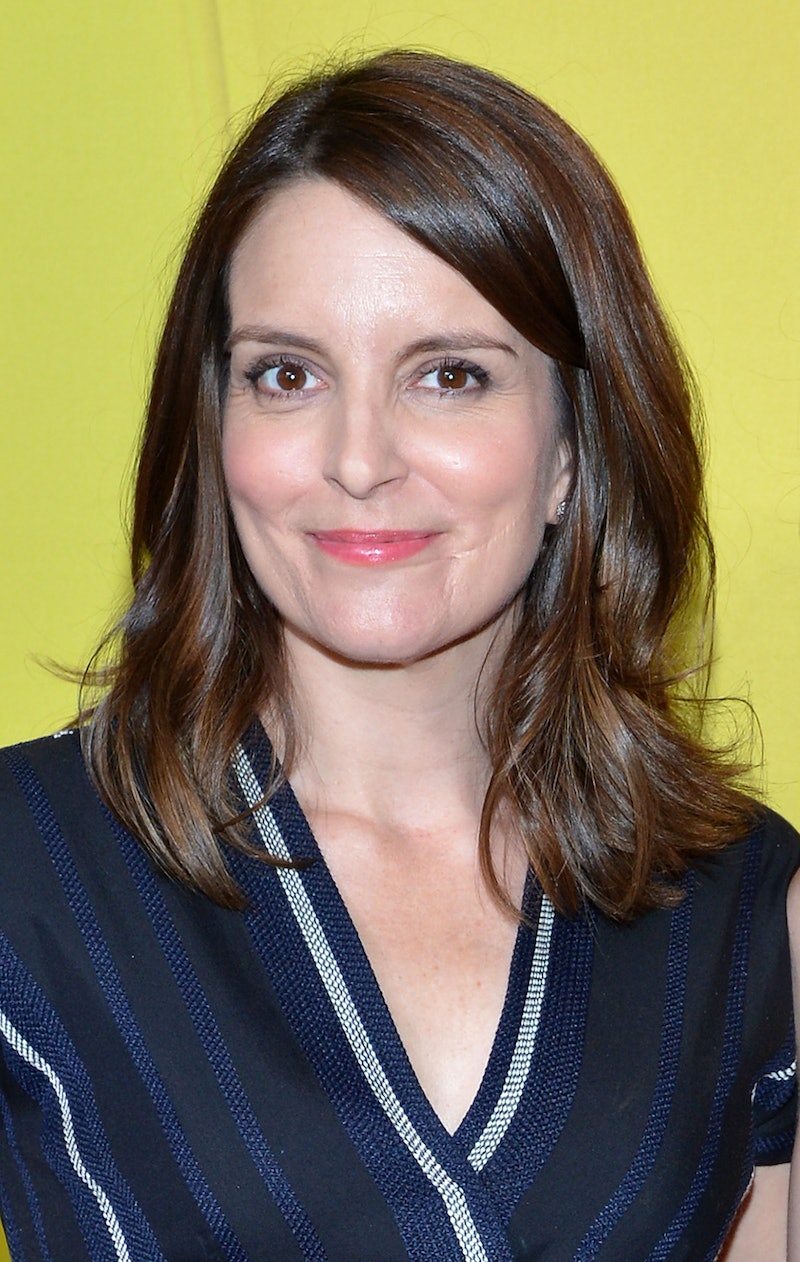 It's been two weeks since the world lost comedy genius Jan Hooks at the age of 57. Her untimely passing underscores the unfortunate fact that despite her outstanding talent, we didn't see much more of her beyond her Saturday Night Live years. At Elle's Women in Hollywood event in LA, Tina Fey discussed Jan Hooks' career and simultaneously exceeded my bandwidth for feelings and made me want to weep uncontrollably.

As E! reports, Fey spoke at Elle magazine's gathering celebrating prominent women in the entertainment industry on Tuesday. The 30 Rock creator/writer/star told an anecdote about casting Hooks in the role of Jenna Maroney's Florida stage mom on meth, Verna:

We were doing 30 Rock and we needed to cast Jane Krakowski's estranged, Florida dirtbag mom. And I said, "Oh my God, do you think we could get Jan Hooks, because she's an idol of mine?" And the answer was like, "Yeah, you can get her." She was living in Woodstock and the phone was not ringing. And we called her and were like, "Do you want to do this?" And she was like, "OK." And she was actually a little shy about kind of jumping back into the game and she came down and she was so funny.

As plenty of comedy insiders recognize, Jan Hooks was a scintillating force. She sweated comedic charisma, and shined as one of the stand-out performers on SNL from 1986-1994. After graduating from the show Hooks worked consistently on various TV shows like Third Rock From The Sun and The Simpsons. But, unlike some of her male contemporaries like Adam Sandler, Mike Myers, or even Rob Schneider, SNL wasn't Hooks' vehicle to a box office career. Fey went further, addressing this fact, and pointed out just how frustrating it was that Hooks didn't become a ubiquitous household name:

Jan was so funny and the crew was so mesmerized, it made me sad when she passed and it made me mad at the time that how available she was. Jan should have had a bigger career. Jan deserved a big movie career, certainly as big as Rob Schneider's f--king [career]. She was a bigger star on SNL.

Thank you, Tina, for articulating everything so perfectly all of the time. When the world would have been far better off with a "Sweeney Sisters" movie, we got a series of 90-minute farces about Rob Schneider bodyswapping/transfiguring into incongruous objects. UUUGH!!

Now, who knows? Maybe Hooks was totally content living in relative anonymity in her Adirondack cabin and didn't care much for the idea of being a big movie star. Still, given that virtually all of the breakout movie stars from SNL in the '90s were dudes, it's likely that Hooks wasn't even given much of a chance to expand her career to that magnitude. Sure, things have changed as the show has matured. Tina Fey, Amy Poehler, and Kristen Wiig were the shining stars of the aughts. But as compared with the careers of her own SNL class, Hooks' talent should have opened the doors that some of her male contemporaries were graciously ushered into. Even if the '90s don't seem like much of a different social climate, they weren't at all as egalitarian as many may have thought.

Sexism rage aside, we'll always have our time with Verna. RIP, Jan.