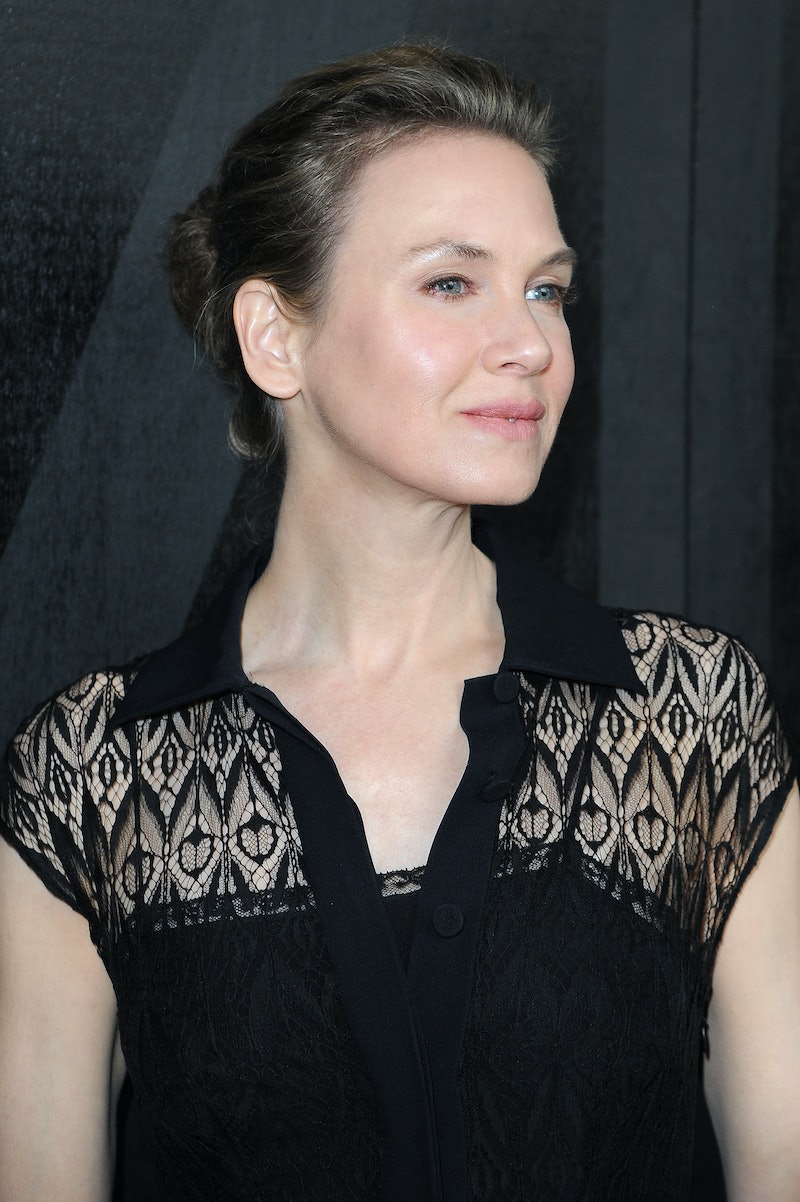 I may not be a movie star, but Renee Zellweger and I? We're not so different. At least, that's what I suspect.

When I was in my teens, I didn't expect to live past 30 years old. See, after I read The Picture of Dorian Gray one too many times, I started to take the whole aging-is-akin-to-despair thing too much to heart. I had decided, quite dramatically, that I would end my life at 30. To me, there were far worse things than death, and getting old was definitely one of them.

I looked at my grandmother on my father's side, a woman well into her 90s by then, and was horrified at the prospect of becoming anything like her. She smelled weird, had strange hairs growing out of her chin, and aside from causing family drama, didn't seem to enjoy much. Granted, there's a difference between being a 30-something and 90-something, but to my young brain, it was all pretty much "Old."

When I first saw the photos of Zellweger, I'll admit I didn’t immediately make the connection between that Groupon I was considering and Zellweger's altered face.

But here I am, in my mid-30s. And as much as it pains me to type “mid-30s,” I have not killed myself, and instead am marching straight toward middle age.

It’s not pretty. My boobs are no longer where they used to be — you know, perky and actually on my chest — and the one grey hair I found at 29 has by now called in some friends for backup.

People now know for certain that I am no longer young. It's a reality that, despite being a staunch feminist, makes me sick to my stomach. I wish I could take stock in my laugh lines as proof of a life well lived, but instead, I see them as a badge of old age — and not the type of badge one is excited to have earned. Of course, I'm not alone.

After photos of Renee Zellweger looking completely different at a red carpet event surfaced this week, the world took notice. And by "took notice," I mean the world was mostly shocked and appalled. Twitter basically exploded.

On Wednesday, the 45-year-old actress responded to the controversy over her new face by saying she was “glad,” that people thought she looked different. I’m not sure how she could be “glad” that the Internet was trolling her, ripping her to shreds with appalling comparisons and comments, but that’s her response to it: She's glad she looks different.

Although Zellweger also said that she thinks all the attention is “silly,” she seems more focused on being truly happy with where she is in her life right now. “My friends say I look peaceful,” she said. Perhaps she is at peace. But it remains to be seen whether Zellweger's new look will reignite her career and make her a sort of hero, or whether it will simply backfire.

Earlier this week, right before Zellweger's photos went viral, I came across a Groupon for 25 units of Botox. I’m not sure what 25 units of Botox entails, but when I opened the deal, I was hoping it would be enough to conceal whatever the hell is going on in my forehead region, the space between my eyes especially. (A lifetime of perma-scowl is to blame for that hot mess.)

When I first saw the photos of Zellweger, I'll admit I didn’t immediately make the connection between that Groupon I was considering and Zellweger's altered face. But as the Internet made it quite clear that it wasn’t moving on from the topic anytime soon, I was forced to confront the fact that she and I share a need to make ourselves look different — and ideally, younger.

I have always thought of plastic surgery as a means to “fix” things. I spent my teens and part of my 20s fairly obsessed with getting a nose job. I believed that if I had a new nose, my life would be better. I’m not sure how it would have been better, but I was certain rhinoplasty would get me there. I ultimately learned to love my nose, but now, in my mid-30s, Botox fantasies seem to have taken rhinoplasty's place.

My wanting to get Botox isn’t much different from Zellweger’s transformation. We are two women of a certain age who want to change our appearance. Who’s to say that, if I could afford it, I wouldn’t also completely alter my face?

Human beings have a fear of aging, and if you need proof, just check out the moisturizer aisle at your local pharmacy. For some, like myself, it’s the fear of getting older alone that terrifies us, while others simply fear the inevitable end to life. In both cases, lines and wrinkles feel like physical signs that our fears are coming true, that we aren't what we once were, that we don't have unlimited time.

While I don’t worry about death so much (remember that whole dead-by-30 thing?), I often feel afraid that I’m running out of years to be young and reckless. It angers me that I have fewer and fewer “do overs” left in my arsenal. It’s scary to think the maybe the best years of my life are already behind me and that my list of “firsts” is dwindling. This, combined with wrinkles and grey hair, is heartbreaking. I did not sign up for this. I did not agree to grow old. It sucks. And I'm scared.

According to Groupon, there's "limited time remaining!" before the Botox offer will be null and void. The only thing that prevents me from purchasing it is that the doctor's office's website looks a bit ... well, like a Groupon plastic surgeon's office. But I'm assuming one with a better-looking website will come along eventually, and that I will buy my first injection.

Maybe. I don’t really know. Perhaps I'll wait and see how things work out for Renee.