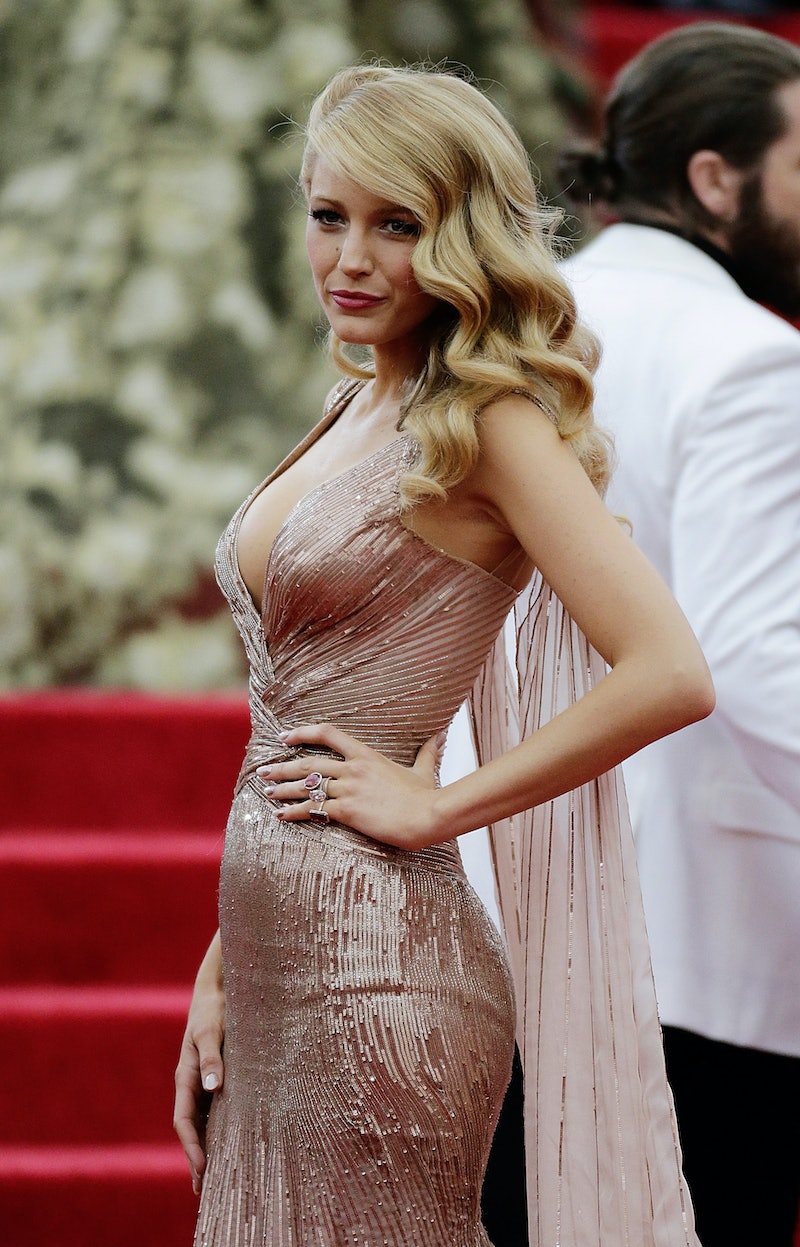 I've been blonde my whole life, barring the first two years when I was completely bald, so I have 23 years worth of experience hearing things that blondes are tired of hearing. It doesn't help that I started out with highlighter yellow hair so bright that it probably had the power to blind passersby. Family photos still cause me to wince from the ridiculousness of the glowing orb around my head, pictured next to my redheaded and brunette siblings. (Seriously, three different hair colors in one family. Where the hell did we all come from?)

I'm not here to tell you being blonde has made my life hard, because that would many kinds of silly. There are some totally awesome things about being blonde, but there are a few things we tend to hear that other people don't. Not that all hair colors don't carry with them their share of jokes. The redheaded siblings I was alway so jealous of, for instance, are the constant butt of "soulless ginger" jokes, even though my mom has sworn up and down that they did not ascend from the bowels of the underworld like the fables tell. So it doesn't really matter who you are, or what color your hair is, or if you even have hair at all – people are going to say annoying things. And just for the record, here are the ones blondes are tired of:

"Where do you get your hair dyed?"

WHOA there, Nelly. Have you noticed that whenever somebody asks you this they ask you really loudly so that other people turn around and unconsciously start looking at your roots? We don't ask brunettes where they get their hair dyed at the top of our lungs! That being said, I've never actually had my hair dyed myself, partially because I am lazy and broke and partially because I don't need to yet, but someday I might. And if it's already annoying be asked where I dye my hair now, it's going to be super annoying then.

"So, do blondes really have more fun?"

"Uh, your hair is kind of green on the ends there."

OK, so this is mainly for any blondes who went anywhere near a pool in the summer, but for those of us who didn't realize the necessity of investing in a chlorine-fighting shampoo we had to learn the hard way. Yes, apparently blonde hair is so light that the chlorine from pools will, in fact, turn you into a sea monster by dyeing your hair green. And it just tickled all of our friends to no end while we were growing up.

Fun fact: blondes actually LOVE blonde jokes. If you can't laugh at yourself, who can you laugh at? I know blonde jokes have kind of gone out of style since their surge in the nineties (or maybe not? I haven't been on a playground in a while), but I can almost guarantee that most blondes will heartily laugh at a good blonde joke. (Just give us a few extra seconds to understand it. BA DUM CHING!)

"I'll be (insert kickass Disney princess here), and you can be Cinderella."

I don't want to knock Cinderella, because she is timeless and classic, but damn, girl can't even keep her shoes on at a party and she basically does nothing for the entire movie except sing, dance with a prince, and look very sad. And don't even get me started on Sleeping Beauty. But since I was blonde while growing up, I could never be Belle or Ariel or any of the princesses who actually did things, and it was going to be many years until Rapunzel and Elsa came along and made being blonde un-wimpy again.

"I guess you were having a "blonde" moment."

No, I was having a human moment. While blondes are totally down for a blonde joke, if you feel possessed to say that we're having a "blonde" moment, it's usually at a time when we are flustered or have done something embarrassing and really don't want your unrelated hair commentary to add to the chaos.

I guess I'm not "tired" of hearing this, per se, just a bit confused that people who were blonde as kids always feel the need to tell blonde adults about it. Did you think that there was some secret blonde club? Like, you were going to tell me that and then I'd say the code word and a hole would open up in a wall where all people who were once blonde can go and rave? Because I'm going to be honest with you, bro, it's been under renovation for the last few years and you're just going to have to wait like everybody else.

Did country music just at some point universally decide that being blonde meant that we were down to screw halfway into the verse of a poorly written song? Or was there an apocalypse in the country music world that we need to know about where every single redheaded and dark-haired girl unexpectedly was raptured off the earth, leaving behind only blonde women with perilously poor judgment? I wish I could say that country music was getting progressive enough to stop always, always, always depicting blondes as these slightly-slutty-but-in-a-CUTE-way girls in flip flops and "painted on jeans," but while we're waiting for that to happen, at least we have kickass anthems like Maddie and Tae's "Girl in a Country Song."