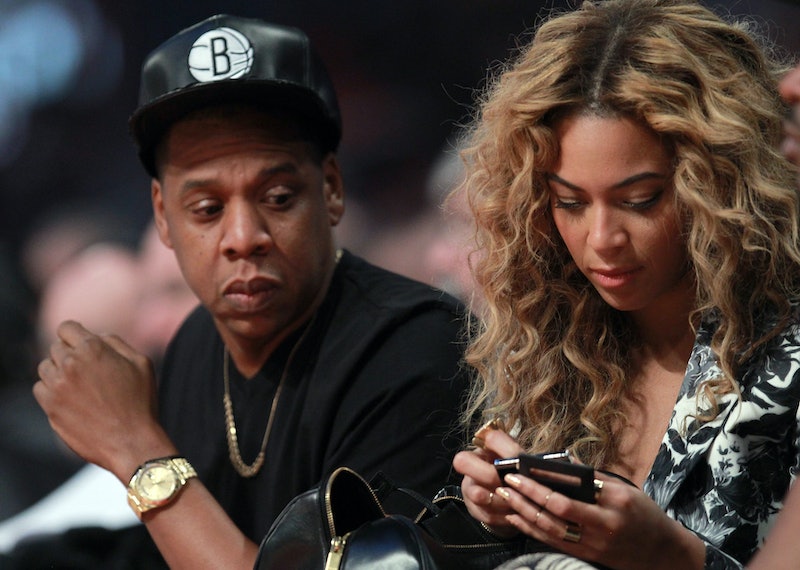 Don't get me wrong. All I want is for Jay Z and Beyoncé to be happy and, despite all their amazing music and even more amazing performances of that music, they don't actually owe me anything. Just because I'm their fan doesn't mean I get a say in whether or not they move to Paris on a more permanent basis. However, Jayoncé moving to Paris could have catastrophic effects on my life. It could also be the best thing that ever happened in my life. It's kind of hard to judge at this point. Let's look at the pros and cons of the hip-hop duo going on the run to France, from the viewpoint of a fan.

Jay Z and Beyoncé are already rumored to be working on a joint album together and what could be more inspiring than Paris? Jay Z and Kanye West already used the city as a backdrop for their joint album, Watch the Throne, and now it's Beyoncé's turn to get in on some of that action. They could have fodder for tens of thousands of albums to come.

Well, Paris is where Blue Ivy, you know, happened. So to speak. If Jay Z and Beyoncé start spending more time there, then the rumor that Beyoncé is pregnant might stop being a rumor and instead become a reality. Then we'll have another spare to the heir to contend with that will probably become even more popular than Prince George's little brother or sister.

Beyoncé has spent basically her entire stint in Paris overloading her Instagram with all kinds of pictures of herself, Jay Z, and Blue Ivy having fun, being tourists, and embodying the very picture of modern art. You know, by emulating classic art. Imagine the gorgeous Instagram shots we'd get if she was in Paris all the time.

We'd never have to worry about their marriage again.

It would be so much harder to meet them.

I've been living in America for 24 years now and I still haven't met Jay Z or Beyoncé yet. If they move to France, my chances of meeting them drop down to the negatives. Who has money to hop a plane to a different country on the off-chance they might run into Queen Bey and Jay Z in the streets? Not me.

And if we do hop a flight to go over to France because, I don't know, we had some vacation time built up, we're not going to be able to find them at all if we don't speak any French. I don't know about you, but I took Spanish in school and I still can't even speak that. Asking me to learn another language? That's rough.

The time difference would be a killer.

When Beyoncé posts an Instagram photo or one of them decides to send a rare tweet or either of them release a song, France is in GMT+2. For fellow New Yorkers, that means they're five hours ahead of us. I would miss all the excitement! All the action! All the news! Beyoncé would constantly be doing news-worthy things while I'm asleep and I'd be late to the party every time.

If they move to Paris permanently, then they might end up releasing their albums to the French iTunes first before it comes over to the United States. This is unacceptable. If Beyoncé drops another surprise album, I don't want to wait to download it, okay?

Blue Ivy would be bilingual.

Blue Ivy being bilingual is cool because it's just another way she already has a leg up on every other toddler on the planet. Not to mention how adorable it would be to hear her speak in French. Blue Ivy being bilingual is not cool because I can already barely understand her and I definitely won't be able to if she's speaking French. Plus, I'll feel even more inadequate in comparison to her greatness.

So should Jayoncé move to Paris? I think they should compromise with me here by only spending some of their time over there and then retiring when they're done with music completely. Think of the fans!