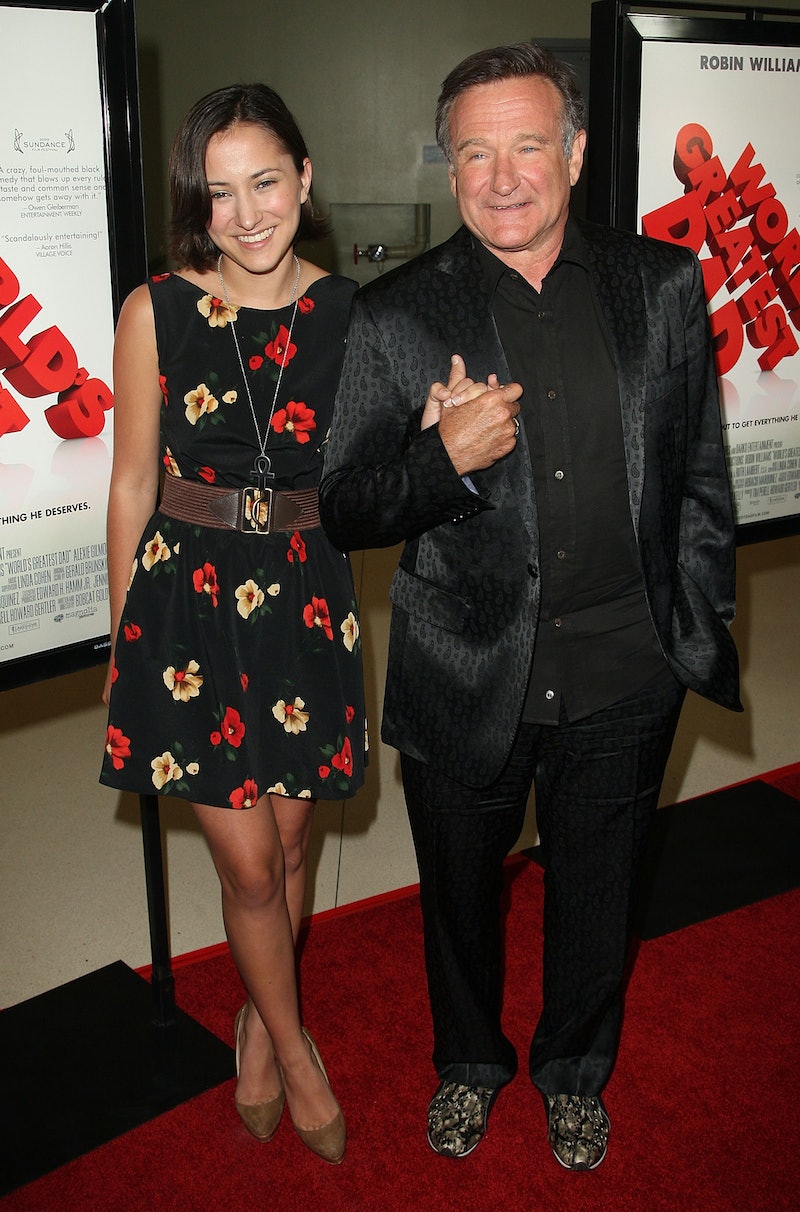 No one can imagine the grief Robin Williams' daughter Zelda Williams must be dealing with since the loss of her father two months ago. While the world lost an icon, she lost something much more personal — a dad. Not helping the already-difficult situation, she faced an onslaught of horrible harassment online right after his death. This resulted in a (much-warranted) social media hiatus. Since then, she's posted a few things on Twitter, including an important message about ending the stigma of mental illness and a sweet photo of her dad on Sesame Street. Most recently, Zelda Williams got a tattoo in memory of her father and shared a picture of the new ink on Instagram. In the caption she wrote, "For poppo ... I'll always put my hand out to shake with a smile."

As for the tattoo, it's a hummingbird drawn on her right hand, along with Robin Williams' birthdate written on her wrist. Zelda thanked the tattoo artist in the caption for "so beautifully bringing my reminders to life." According to E! News, at a memorial service for Robin, wristbands were given out with a hummingbird on them and the phrase "Love the stillness of life." Clearly the bird is symbolic to the family, and it's touching that Zelda honored her father in such a way.

In addition to sharing the tattoo photo, she further explained in the caption about how she's unsure how often she'll use Instagram from now on. Either way, she says she'll keep the account, so that no one can use her name or post photos pretending to be her.

To be clear, this is MY ONLY account. Publicly, I have Twitter, and this. If other people post quotes and photos claiming to be me or my family, please, do not send them personal information or click links, even for charity. They could be utilizing sympathy to scam you. For the record, no one has ever or will ever speak for me but me. Thank you.

The greatest part of the statement is "no one has ever or will ever speak for me but me." Despite the cruelty of Twitter trolls, she's risen above and proven that no matter what anyone says, she's undeniably courageous. At this point, the best thing the public can do is simply respect her privacy and admire her strength.