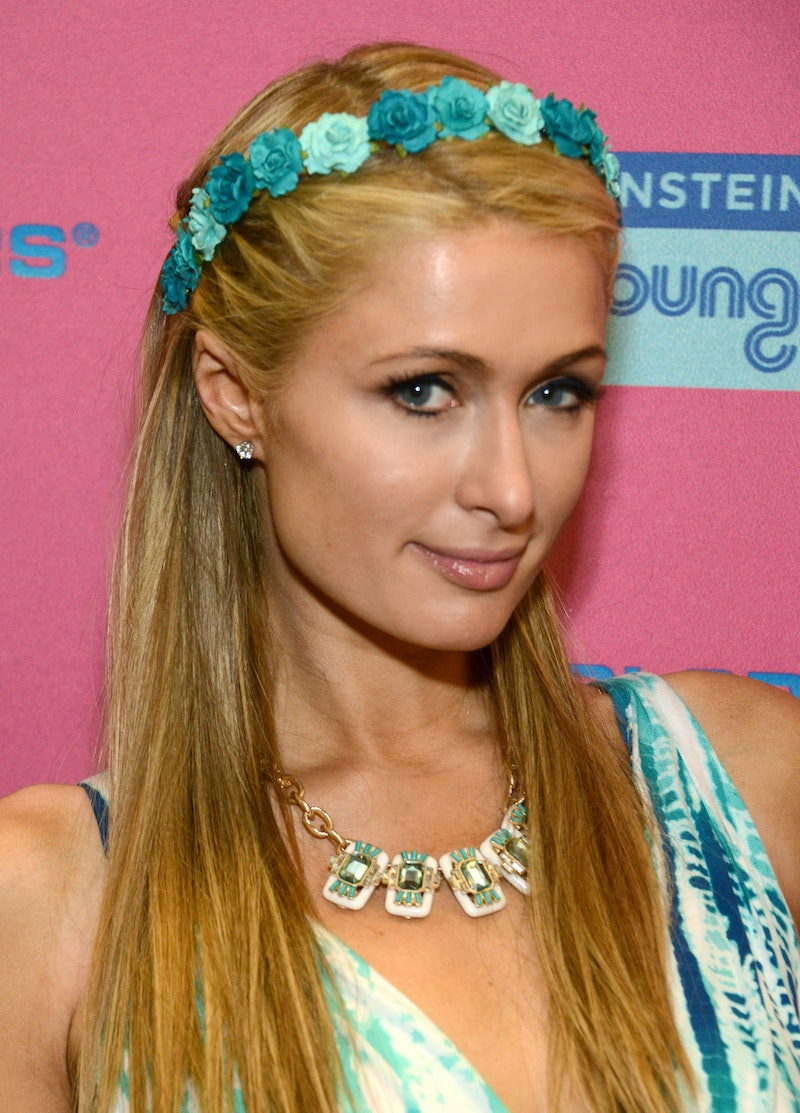 Coming up with a Halloween costume is no easy task, so far be it from me to judge someone for their choice. However, when you're Paris Hilton, that goes out the window. She has far more resources at her fingertips than the average person, who has to settle for their local Party City and the limitations of their own imagination. Hilton has the advantages of a virtually unlimited cash flow and designers on speed dial. When I see her in a costume, I want it to be way better than anything I could come up with myself.

As The Huffington Post reminded us, Hilton celebrates Halloween with way more costumes than the rest of us typically do, and those costumes are usually both impressive and culturally relevant. This year, the two costumes we've seen so far — a sexy bunny and Minnie Mouse — seem to be a little bit basic. Remember when she channeled Madonna's "Like a Virgin" look last year? Priceless!

Since she might be in need of some help brainstorming costumes, allow me to be of service. I have a few costume suggestions — other than the top two Halloween party go-tos when you're invited last minute and can't figure out what to wear.

Elsa's not exactly an original choice for 2014, since the costume is pretty much sold out everywhere. However, a Hilton crafted costume would be seriously amazing — plus, she has the hair for it. I bet she could hire someone to teach her how to shoot actual ice out of her fingers. And the gown she could afford to commission? I need to see this.

In keeping with the Frozen theme, I think Hilton would be the perfect person to wear the hilariously awful sexy Olaf costume. It would be funny, timely, and a little inappropriate — all qualities of the ideal Halloween pick. Also, we already know that whatever Hilton dresses up as, it's going to be the sexy version, so we might as well be realistic.

We cannot forget that Kardashian used to be Hilton's personal assistant before Keeping Up With The Kardashians blew up, so how hilarious would it be if Hilton pulled off Kardashian's Vogue cover wedding look for Halloween? Bonus: Kardashian would totally take it the wrong way, which would be a recipe for instant drama. My favorite!

Nicki Minaj from the "Anaconda" Video

Butt implants and a toy snake. Or, knowing Hilton, an actual snake. Maybe the one from Britney Spears's video is available?

Piper from Orange is The New Black

Of course, if she went with this one, she'd probably go as Sexy Piper. Sigh.