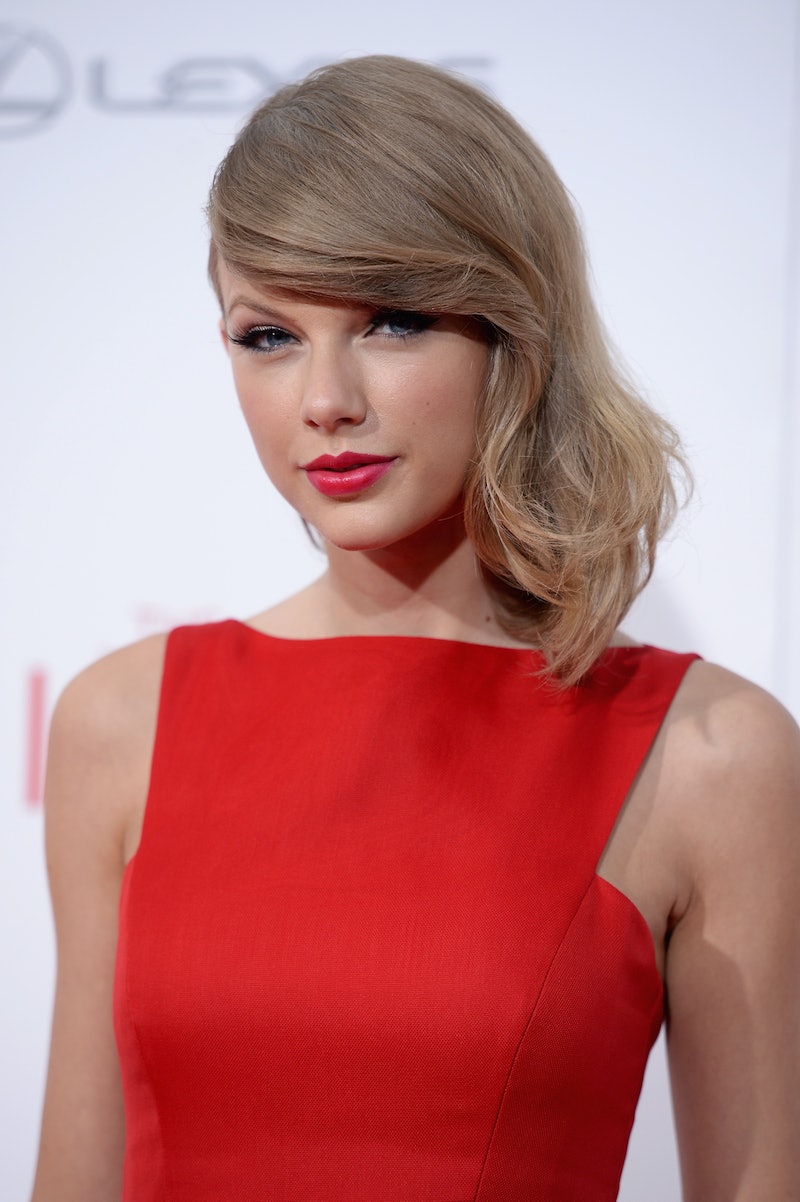 It's not exactly surprising that Taylor Swift employs a few unusual methods in her songwriting process. To create musical masterpieces like she does, wouldn't she have to? But in the process of creating her latest album, 1989 — which finally, finally drops Monday — Swift had to go a little farther out of the box than most songwriters. And this means gremlins were included.

OK, not actual gremlins. Just the voice in which they use to speak. In a new interview from MTV from Swift and Bleachers' Jack Antonoff, she revealed that while she and Antonoff were collaborating long distance, they ended up creating one of the most adorable inside jokes ever. And apparently, it was pretty effective, because their joint effort, "Out of The Woods," shot straight to number one on iTunes. And although I would never be tempted by this week's '1989' leak, if I had, I would say their other collabs, "You Are In Love" and "I Wish You Would" are also amazing, especially "You Are In Love," which is one of my favorite songs on Swift's new album. You know, if I had heard it.

When we would be writing and you would send me an instrumental track, and I'd send you back me singing over it. And at the end of it I would always find myself going [in a gremlin voice], "I hope you like it." And then I would be like, 'Why did I do that?' and then it started becoming a thing, and then it became gremlin voice.

This spawned a meme between the two, plus a genre they like to call "the gremlin shuffle." Naturally.

Obviously, reading the gremlin voice in text doesn't do it justice, so if you want to hear it for yourself, check out this video.

My fingers are crossed that Swift ends up being a bridesmaid in the inevitable future Antonoff/Lena Dunham wedding. Because how precious would that be?