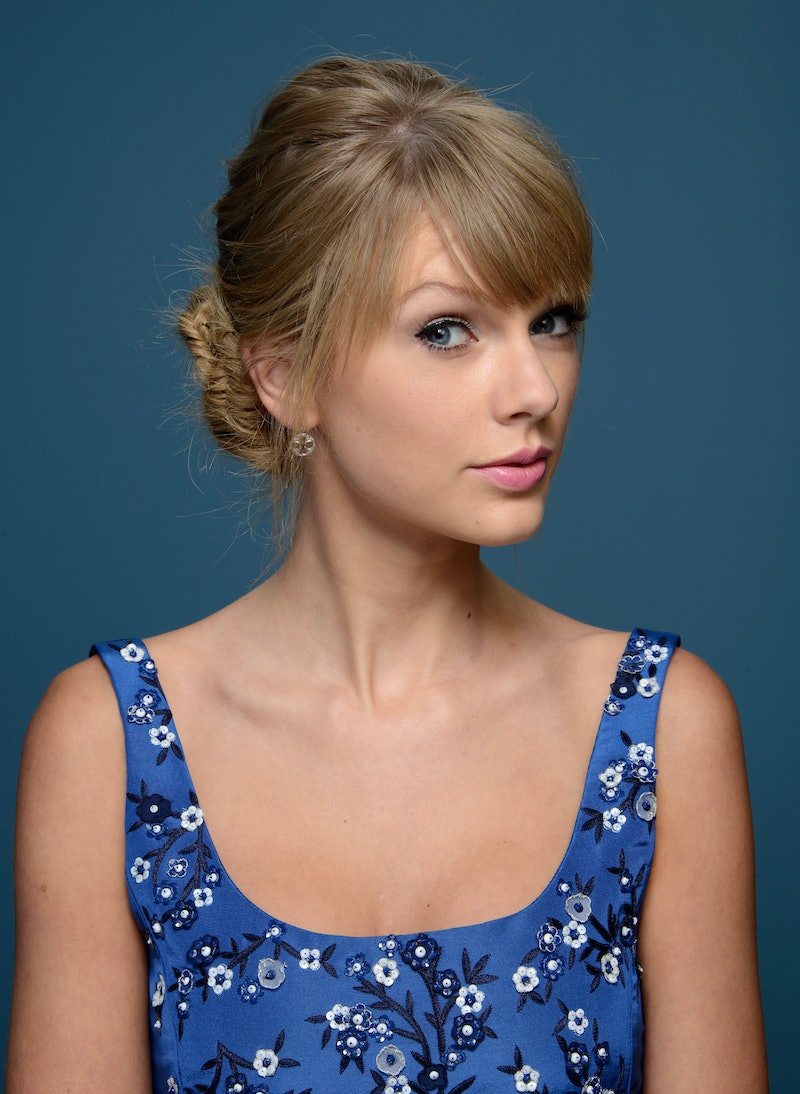 Just when you thought you couldn't love Taylor Swift any more, she partners with a Scholastic's Open A World of Possible campaign to promote early reading. Swift sat down with six 10-to-15-year-old students and two classrooms on Skype to discuss their favorite books, her reading habits, what inspires her to write music, and even feminism in literature. (Just wait until you see how that comes up.)

The Scholastic campaign, which you can follow under the hashtag #sharepossible hopes to advance independent reading in schools so kids can not only learn the technical parts of reading, but learn how to be inspired by and enjoy reading books. The campaign has several components, with Swift's video conversation as just one and a writing contest inspired by Swift as another.

So what did we learn from Swifts conversation with these kids? Three major things:

I found myself nodding along to many of the things she was saying over the course of the 30-minute video, especially these six things. So all you book nerds or T-Swift lovers out there, turn down 1989 just for a bit so you can watch her video.

1. She Is A Hermione Granger Fangirl

Probably the most incredible part of the video was when a 12-year-old boy brought up Emma Watson's U.N. speech on feminism and gender equality, and asked what feminist characters Swift loved the most in literature. Swift, like many of us, immediately mentioned Watson's big screen alter-ego Hermione Granger from the Harry Potter series. Natch. With her smarts, her courage, and her wit, who isn't Team Hermione?

2. She Wishes She Had More Time To Read

OK, so maybe we aren't all as busy as Swift, writing albums, performing shows, and going to fancy celebrity parties, but we all have things in our day that take away from our favorite past time: curling up on the couch with every new book we've heard wonderful things about. I promise I'll get to you, Bad Feminist and The Anatomy of Dreams .

3. She Finds Inspiration in Stargirl

Jerry Spinelli's Stargirl is a personal favorite of mine, and clearly of a lot of others, because the original novel launched a sequel and won loads of literature awards. Swift says she draws inspiration from the character:

Some people call her weird, but no matter how much they make fun of her, she continues to be herself. And pretty soon that individuality rubs off on everyone else.

Swift spends lots of time in the rest of the video discussing bullying and how to overcome by staying confident in yourself. A spirit Stargirl would certainly agree with.

3. She Can't Get Enough John Green, Either

With all the buzz around John Green, it's easy to forget that he deserves all of the critical acclaim he gets. Just try re-reading Looking for Alaska or The Fault In Our Stars without going through a box of tissues.

Swift mentioned that she had recently finished The Fault in Our Stars and loved it, and we already know that she's quickly becoming BFFs with Green, so she understands.

Don't we all? Swift said the reason she loved TFIOS so much was because Hazel Grace was an "intricate, beautiful, complicated female character," who is "smart and self-aware." And along with mentioning that she loves Hermione and Stargirl, we know the kind of women Swift wants to see on the pages.

5. She Loves The Comfort Of Childhood Books

When a young female student astutely told Swift that she loves the Harry Potter series because she grew up with it, she aged right along with her favorite characters, and the characters influenced her more as a person because of this, Swift whole-heartedly agreed.

"It probably provides a source of comfort, nostalgia," Swift said. "That's a really interesting angle on it."

6. She Believes That Reading Trains Your Imagination

Swift credits her career as a songwriter to the fact that she grew up as a reader. Books are what train your imagination to think big, she said, and that open your mind to journaling and poetry, which eventually turned into songs. Any writer, artist, or musician would be crazy not to agree. And LeVar Burton definitely agrees.