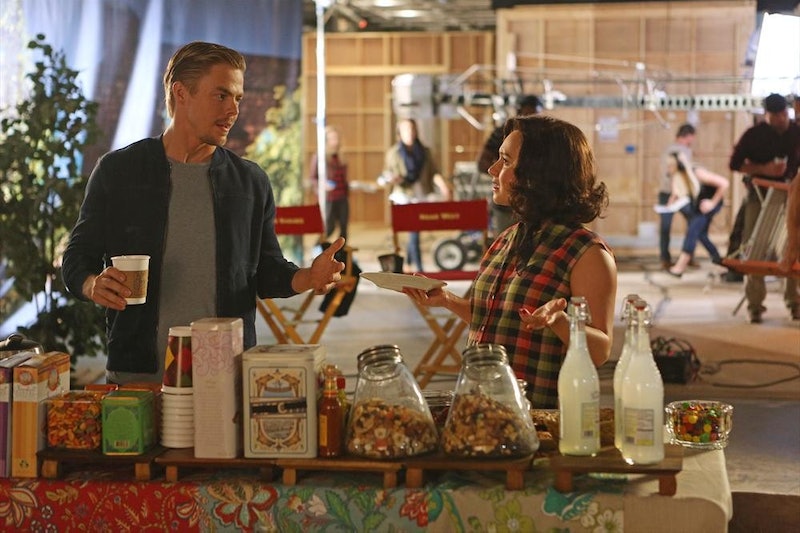 As much of a relief as it is to see that Juliette and Avery are finally both in the know about the much anticipated Javery baby on Nashville , our relief for them is short-lived now that Juliette's co-star Noah seems to be pursuing her. Not only that, but he seems astonishingly forward about it. If it wasn't enough that he busted in and interrupted the first chance Avery and Juliette had to talk about the baby for pretty much this entire season, he's getting all grabby with that hand-holding, which is basically the television version of saying to someone, "I'd really like to sleep with you, please."

So what exactly is your end game here, Noah? I know that co-stars tend to get close during filming (and we've got nearly a decade of Brangelina to prove it), but I feel like the show hasn't built up any kind of relationship between the two of them that justifies Noah's big moon eyes for Juliette. He seems like a nice guy, and I'd like to believe he is, but wouldn't a "nice" guy recognize that by interfering at this point in the game, he is basically wrecking Juliette's chance to get back together with someone she's clearly still in love with? Give Avery and Juliette a chance to breathe, Noah.

His determination is a little suspicious, too. I suppose it's entirely feasible that someone could be head over heels with Hayden Panettiere over the course of a few short weeks (for me it took approximately 15 minutes), but again, this all seems a little rushed. Does he think there's some possible advantage to being with Juliette? Is he so much less famous than she is that he needs to ride on her coattails? Or does he secretly know that this baby is destined to be the most adorable thing on the planet and wants to show it off in a stroller in Centennial Park?

In the meantime thank god Avery has decided to forgive Juliette, on some level, because I don't think I have any hair left to rip out. I'd like to believe there is some moderately smooth sailing for the two of them up ahead. Fingers crossed, y'all.