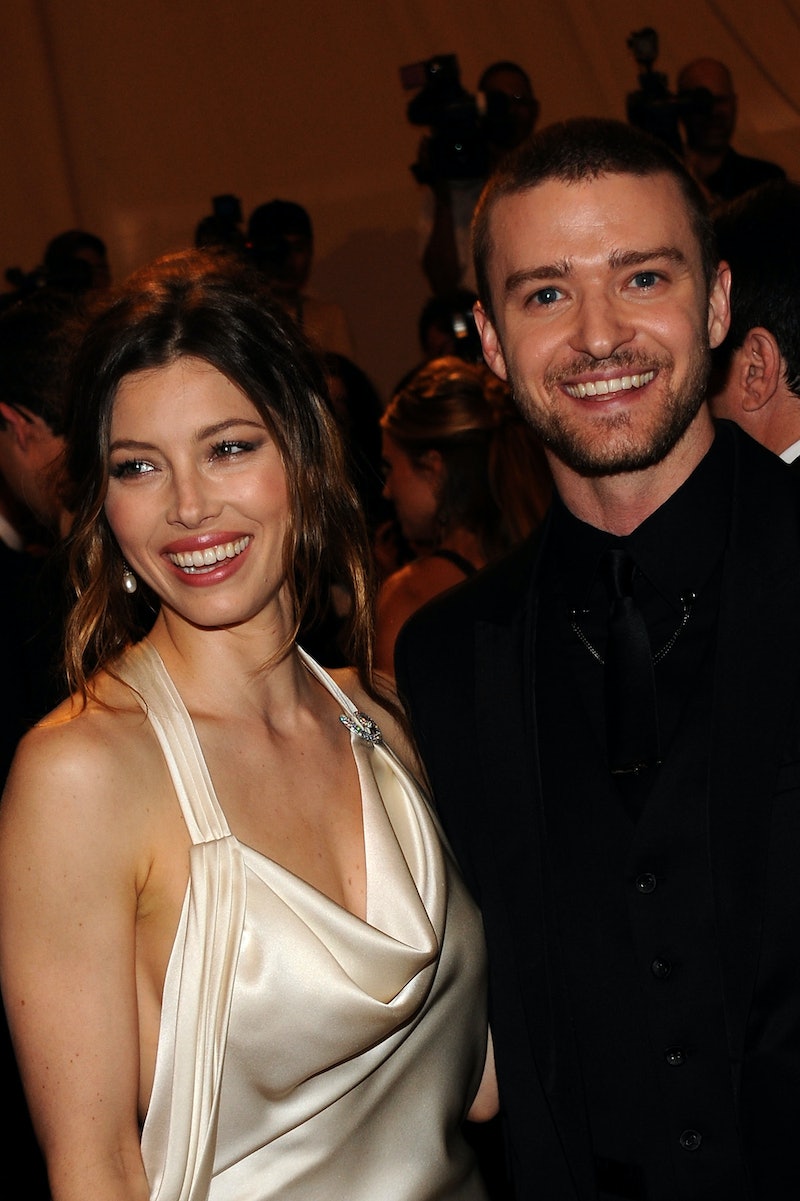 If you don't have a Google alert set up to let you know whenever Miley Cyrus and Rihanna show up to fancy events with their boobs hanging out, then clearly your life is not in order and you need to reevaluate every choice you've ever made. Rihanna and Miley arrived to the amfAR Inspiration Gala last night in some pretty, ahem, revealing gowns, but despite their assets being on display, the main focus of the evening remained on partygoer Justin Timberlake, who showed up to the event without Jessica Biel, otherwise known as his supposed baby mama. Did the Playing for Keeps actress skip out on partying with her hubby because she has a bun in the oven? Were there any cribs up at the auction for JT to bid on? Will Rihanna be their baby's godmother?!?!

The pregnancy rumors regarding future Baby Biel-Timberlake are still very tentative, but Biel's absence at the gala is suspicious, to say the least. Earlier this week Radar Online reported that, "a pal close to the 7th Heaven star" said Biel is "at least three months pregnant," and that they haven't addressed it publicly because of their trouble conceiving. Like Bey and Jay before them, Timberlake and Biel's pregnancy news came hot on the heels of some super sad split rumors, so whether or not it's actually true is still a mystery. If they are trying to keep a baby bump under wraps, however, it's no wonder Jessica didn't want to tag along.

Luckily for a lonely JT, Rihanna kept him more than entertained by spending a cool $335,000 throughout the night.

She successfully bid on a pair of Harry Winston diamond link earrings, $35,000, and a photograph of Elizabeth Taylor, $100,000. Then she donated an additional $200,000 to the cause. Totally casual.

The two music industry vets have known each other for years, and Timberlake even helped her out with a track on Rated R in 2009. Maybe Rihanna would want to babysit for JT and Jess from time to time?

If the pregnancy rumors really are true, Timberlake better enjoy these solo trips out while he can before his own little ramen-noodle haired mini-me is keeping him up all night instead.