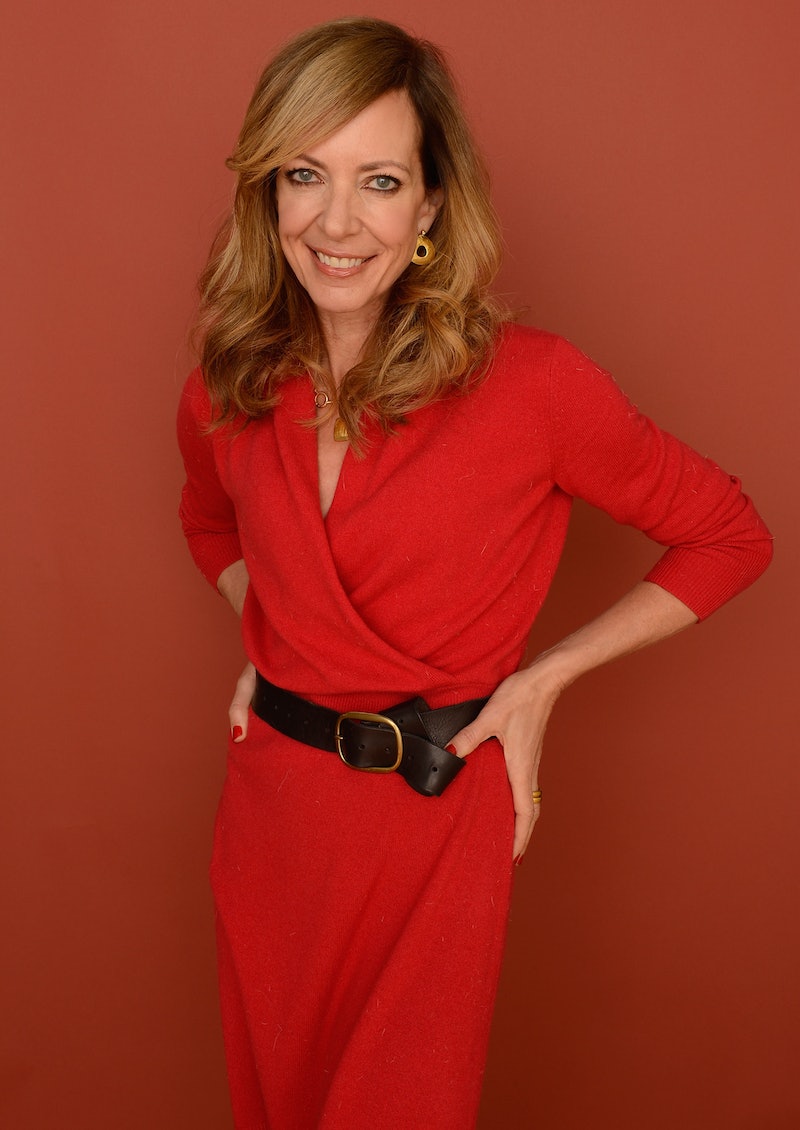 It's absolutely no secret that Mom star Allison Janney is an incredible actress. I mean, that's pretty much the equivalent of saying Nutella is delicious and Tom Hiddleston is a national treasure. These are just plain facts of life. However, what you may not have realized is that Janney has been in pretty everything you've ever loved both on the big and small screen. Don't get me wrong, I already knew that I loved everything she's ever been in, but I guess I'd never really sat down and thought about just how expansive that list actually is.

Because, seriously, the woman has been cast in some of my all-time favorite things. I'm talking things I still obsess over even to this day. Sure, I suppose some could chock it up to pure dumb luck, dedicated Janney fans know better and understand it's her particular flair that's made each and every role she's been given so worth watching. And given that Mom 's Season 2 premiere is mere hours away, I figured now would be as good a time as any to reflect on the epic greatness of Janney's stellar career thus far.

If you weren't already a diehard fan of hers before this (secretly judging you BTW), you most certainly will be now. Just look at her impressive resume…

She Schooled Us in 10 Things I Hate About You

She Charmed Us in The West Wing

Not only was Press Secretary C.J. Cregg a total feminist who could sometimes even put the President of the United States in his place, but she never failed to wow us with her top notch performance of The Jackal. Just going to leave this here…

She Made Us Have To Go Back To Lost

After all, it's because of her we were finally able to fill in the missing pieces of Jacob and his brother's mysterious history and upbringing. She also helped us to fully understand and appreciate the true importance of hair conditioner.

Very few people could bring so much personality to a starfish, but Janney manages to pull it off with flying colors. What can we say? She's just a Peach!

She Made Us Laugh in Juno

Of course, this movie was pretty funny in general, but Janney's performance managed to put it over the top as being full-out hilarious. Her line delivery cannot be matched.

She Moved Us To Tears in Masters of Sex

Poor Margaret Scully's had a rough go of it throughout this series, and thanks to Janney's outstandingly realistic and raw performance, we found ourselves heartbroken right along with her.

She Got Sassy in The Help

If you weren't jumping up and down while cheering by the end of this scene then you're doing it wrong. Though this character was certainly not without flaws, this moment of badass matriarchy certainly proved to tip the scale of popularity much more in her favor.

She Seduced Meryl Streep in The Hours

I mean, basically anything that involves being Meryl Streep's love interest deserves all the awards, right?

She Lurked Around in American Beauty

AHS: Freak Show fans may notice an extremely young Edward Mordrake, I mean, Wes Bentley in this film, who played the son of Janney's character, Barbara Fitts. She may not have had many lines, but her deep-rooted depression still managed to come through loud and clear. I'm not sure I've ever felt so sorry for someone I barely know. Kudos to Janney!

She Wowed Us With Parenting Skills on Hairspray

Or, you know, completely frightened us. Either way.

She Even Showed Up in Miracle on 34th Street

Remember that Christmas shopper who was all about finding great holiday sales? That was Janney! Like I said, she's everywhere and I am SO not complaining.