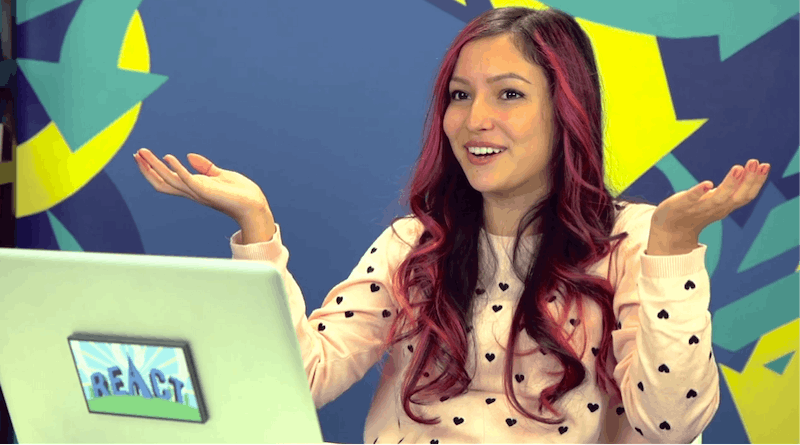 Remember when you were in high school and your teachers had you sit around the room so you could pull the most vaguely intelligent literary comments you could think of out of your ass during Socratic seminars? If you don't remember, kudos; Your ability to black out Heart of Darkness will spare you from the lifetime of nightmares I've endured since. If you do remember, you'll get a kick out of this REACT channel video of teens reacting to the lyrics of "Bang Bang," the hit single that blew up the radio this summer featuring Jesse J, Ariana Grande, and Nicki Minaj.

They start by breaking down the lyrics one at a time and letting the teens interpret them. "This sounds so familiar, why don't I know what this is?" one of them moans. It only gets worse from there because, if you've actually listened to "Bang Bang" before, you'll know it is not-so-subtly about the sex. But bless these little teens' hearts for attempting to keep their composure and remain academic and impartial as they navigate through these lyrics. "Oh, like the truck of a car – trunk of a booty – got it," says one savvy girl whose English teacher is probably beaming at her real world application of literary analysis. Another interprets the song: "EVERYBODY GO HAVE SEX. GOOOOO!"

Of course, none of the interpretations can be beat by the most honest and shrewd of them all: "Makes me think of bang bang chicken and shrimp from the Cheesecake Factory." I feel like I understand these artists on a much deeper level now that a teenage boy has shared that enlightened perspective with humanity.

If you want to see another hilarious reaction to pop music, there's also Fine Brothers' recent video "elders reacting to Anaconda" (Nicki Minaj can't seem to catch a break). But if you want to see a bunch of teenagers saying the word "penis" and then clapping a hand to their mouths and saying things like, "My mom's gonna kill me," look no further: