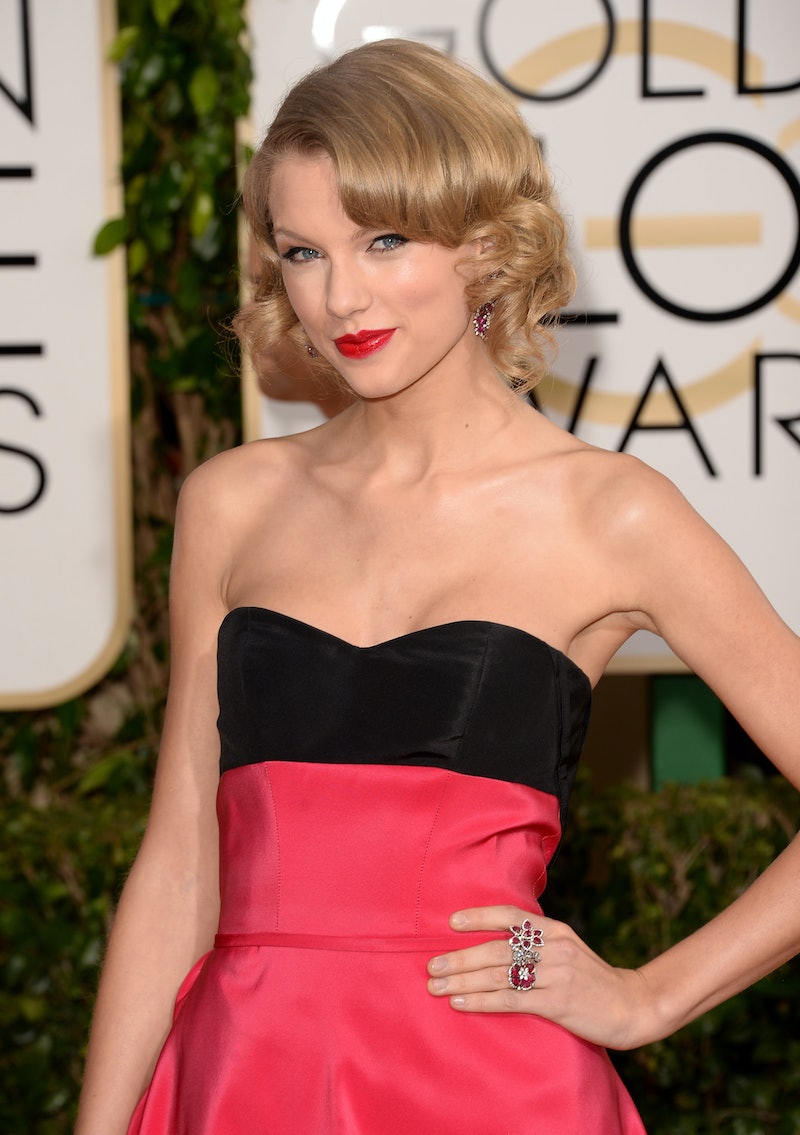 As soon as Taylor Swift's new album 1989 came out, people were quick to suspect who certain songs were referencing. It always becomes a fun guessing game. There's the alleged Katy Perry feud on "Bad Blood" and then a few potential songs about Harry Styles. So of course, a very valid question is on everybody's mind: Do Taylor Swift and Harry Styles still love each other? Clearly Taylor is doing great with the whole single-lady vibe (Have you heard "Clean"?), but it seems like these two are at least on good terms, right? Let's take a look back at the history of Haylor (aka Harry and Taylor) to see if any spark is still there.

Thanks to the diligent detective work of other Bustle writers, there are previous posts analyzing the evidence that "Style" and "Out of the Woods" are about Harry. I mean, could the title of that first one be any more obvious? Style/Styles. Come on, Tay! Make it a little more subtle next time. Neither of these songs are very negative, and as we know, there's nothing Taylor does better than revenge (as she tell us in "Revenge"). If their relationship ended poorly, I doubt she'd sing such pleasant tunes. Just ask John Mayer...

Yet at the same time, the relationship in "Out of the Woods" was one that wasn't sustainable. In an interview she said,

Based on that quote, maybe it ended for the best.

Harry's "I Love You" Song

Reportedly, Harry Styles wrote a song based on his relationship with T. Swift, too. He didn't sing the song, but wrote it for a band called Alex & Sierra. The song starts, "I fell in love with a beautiful girl / She still takes my breath away" and "Sometimes when I hear your name a smile creeps on my face / And for reasons I can't explain, it's never out of place." Hmmm, interesting lyrics. Check it out for yourself:

Harry Felt "Relaxed" About The Breakup

According to sources who spoke with Hollywood Life, Harry didn't take his break up with Taylor badly. Apparently he didn't feel anger or jealousy, just "relaxed" and cool. This could be a good sign that he wasn't mad or mean about it. Basically there was no negative energy. Meanwhile...

Remember when she wore his signature green hat and white tee in the "22" video? That seems like an intentional wardrobe choice, especially since the lyrics in the beginning of the video are "It feels like a perfect night to dress up like hipsters / And make fun of our exes." Then there was her Grammys performance of "We Are Never Ever Getting Back Together," where she used a British accent for the part that says, "I still love you." Harry is the only British boy she's dated, right? Here's a video of the performance. Again, judge for yourself:

The Grammys weren't the only award show with a potential Harry diss. When Tay won a VMA in 2013, she said, "I also want to thank the person who inspired this song, who knows exactly who he is, because now I got one of these." The camera quickly showed Harry's face. But later, he talked about the situation and said, "It's alright, she likes a joke. I like a joke as much as the next guy, so it's all good." See, it's all good!

She's put the drama in the past, as evidenced by her track "Clean." She talks about how she's gone 10 months without a relationship and that she's finally free. Taylor also spoke of this idea in her People cover interview, where she said,

Being on my own, prioritizing my girlfriends, my family and my music above everything else and trying things I never thought I’d try. It’s really been a liberating and freeing time.

So OK, maybe she's not still head over heels for Harry. But if anything, this could prove that she's accepted the relationship for what it was — nice while it lasted. For all of you hoping for a Haylor reunion, never say "never ever." But also, don't expect one anytime soon! Taylor is living the single life and owning it.