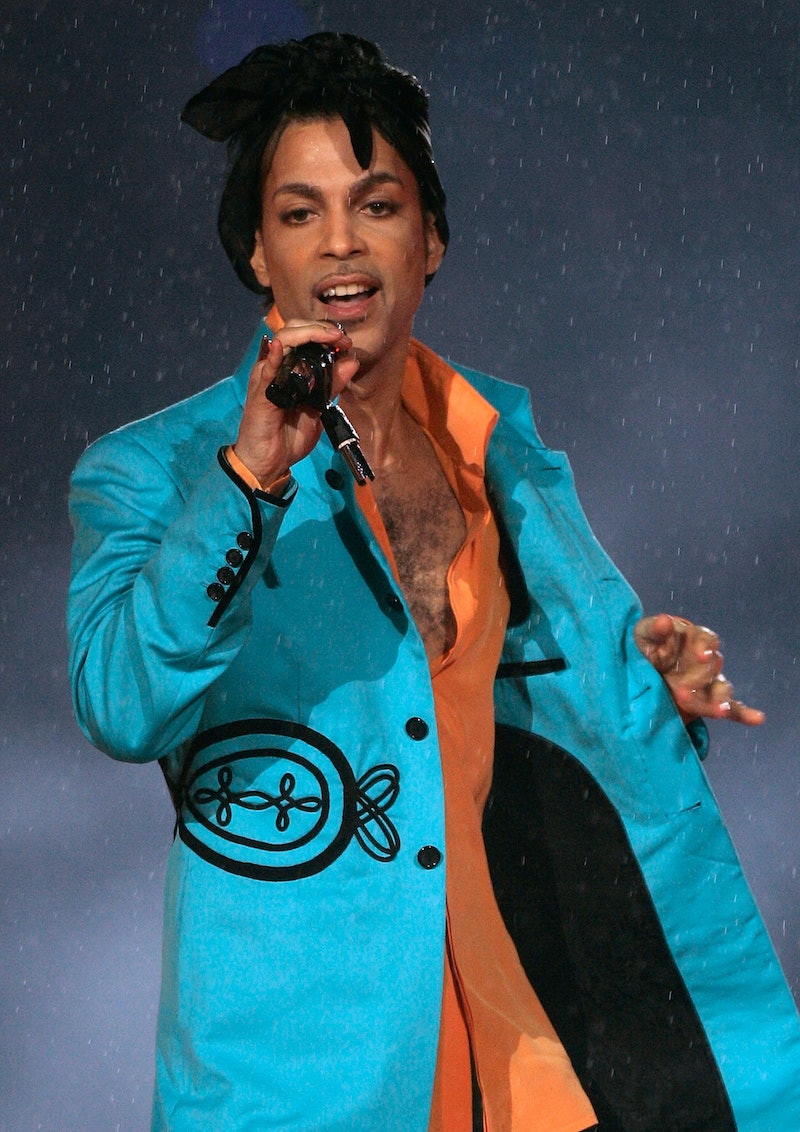 There have been multiple layers to the wait for Prince on Saturday Night Live. First, there was the announcement that he would be the musical guest on the Chris Rock hosted episode. That news enough was pretty thrilling. Then the news was announced that Prince planned on forgoing the usual two single song set that musical guests usually follow on the show for an eight minute, uninterrupted musical segment to perform. And that is how Prince does SNL.

But did Prince’s mini SNL concert live up to the anticipation? Uhm, have you seen Prince perform before? First of all, Prince makes performing look as easy as accidentally liking an Instagram photo. Effortless. He knows how to put on a show, and not just "do a song" with a backtrack that is ill-fitted to a performer's voice like previous musical guests. Here are four takeaways from #PrinceOnSNL.

I've considered Prince being something other than human before, and his sunglasses — which stayed on for about half of the performance — were truly out of this world. What was that third eye hiding? What are his secrets? It would explain a lot.

He is mega-talented beyond singing

I was aware that Prince knew his way around musical instruments, but damn, his performance on SNL was basically the final nail in the coffin that Prince is crazy talented. I hate to describe a guitar solo as "sick" but he was burning up the stage when he was on the guitar.

His co-performers were just as incredible

Prince Is The Energizer Bunny

Remember the Energizer Bunny reference? Well on Saturday, Prince just kept going, and going, and going, showing no signs of slowing down throughout the entire set. Because, as I said before, that is how Prince does SNL.