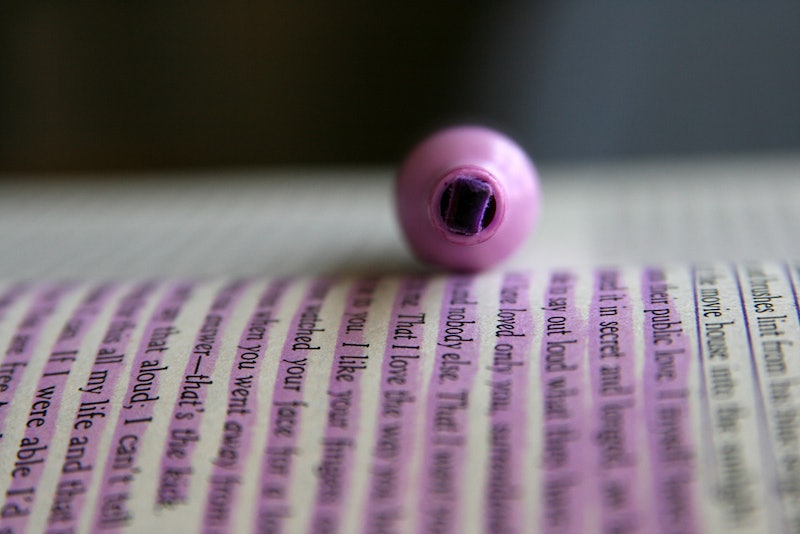 Since August, no one has been able to go online to turn on the TV without encountering think pieces about GamerGate. The situation began after video game developer Zoe Quinn's ex-boyfriend wrote a blog post detailing allegations that she dated a video game journalist, which explained her success in the industry. Though those allegations have been debunked, it led to the rise of the GamerGate campaign, which promotes itself as a cause dedicated to journalistic integrity, and against, supposedly, this kind of means to success in the industry.

Wednesday, writer and blogger Tauriq Moosa posted an article to The Daily Beast titled, "Hey, Creeps, 'Compliments' are Harassment, Too," in which he tackled the pervasive issue of male entitlement in society. His post trickled over to Twitter, where he and other followers continued the discussion, which swung back to GamerGate, as well.

This began the #ReaderGate hashtag, which started when one intrepid Twitter user wondered to Moosa, Hey, what if literary criticism never took into account a novel's political and social context and themes, instead just relying on the very basics of what's written. Well, as we've been learning for the past few hours on social media, it would be a weird, weird place.

#ReaderGate hashtag users have adopted the four most common arguments from GamerGate supporters — such as anti-GamerGate advocates are just professional victims, the real GamerGate platform is about ethics in video game journalism, and those against the movement are just "social justice warriors" trying to push politics where there isn't any — and co-opted them, pretending to build a case for readers taking on gamers' GamerGate concerns.

The results? They were hilarious, yes, but then you have to remember that the arguments behind them are all too real for some people, and that's just scary.

Take for example, if we did remove politics from literary criticism:

Whoa, you're trying to tell me Margaret Atwood had political thoughts? I do not believe you. And Upton Sinclair was just all about the wildlife of the jungle, right? Where's your proof it isn't?

Maybe all these political agendas are just because of secret collusion in the industry, hashtag users wondered.

Many other hashtag users jumped on the idea that those against the "ReaderGate" movement are just professional victims. Salman Rushdie seems the perfect stand-in.

And it's that final tweet that sends us into the underlying misogyny of "ReaderGate."

No you're the harasser! Stop telling me how to be!

Let's not get crazy, here.

Moosa and the many, many social media users who have contributed to the #ReaderGate hashtag (and many who still are) are doing what art, i.e. literature, fine art, and yes even games, is supposed to do — challenge the way we think, question the status quo, and do it all while being entertaining and engaging. How meta!

More like this
The 20 Best Audiobooks To Fall Asleep To
By Aoife Hanna and K.W. Colyard
What Is Barack Obama’s Net Worth? He Makes *Way* More Now As An Ex-President
By Hugh McIntyre
TikTok Is Using A Kendrick Lamar Song To Post Thirst Traps
By Courtney Young
What Does “Gatekeeping” Mean On TikTok? The Viral Term, Explained.
By Courtney Young
Get Even More From Bustle — Sign Up For The Newsletter