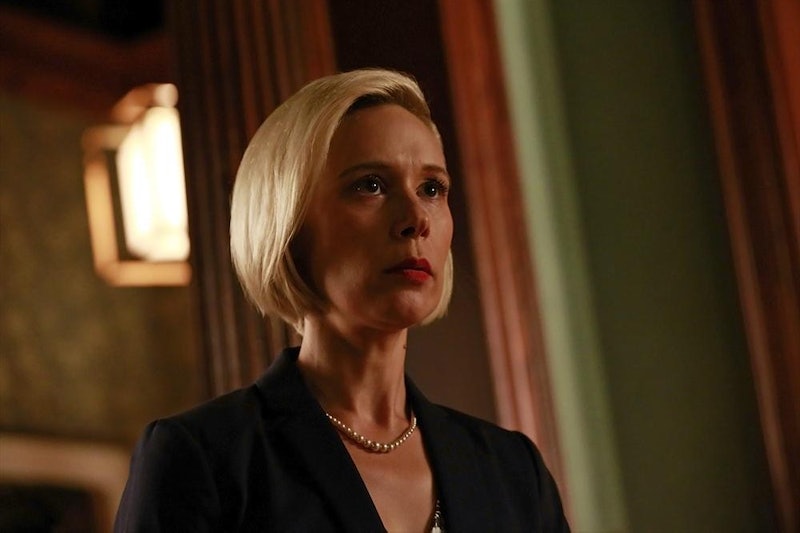 As we draw to the midway point of How To Get Away With Murder's first season, we're finally getting down to the nuts and bolts of the show's big secrets. As much as I want to know who killed Lila, the question that's really been driving me crazy is who killed Annalise Keating's husband, Sam. Rebecca might have admitted to the deed last week, but come on, we know Shonda Rhimes and her television factory better than that — we're going to get another twist before this half of the season ends. As for Sam's killer, she might be hiding in plain sight: could Bonnie have killed Sam? Considering she's lurked mostly in the shadows of the law office so far, I think she'd be a perfect candidate for culprit. Besides, she might have motive for the killing, too.

In last week's episode, Rebecca confessed to the gaggle of law students that she killed Sam — she was kinda covered in blood, too. But, that sort of quick confession seems too good to be true. Where's the thrill and adventure in that easy tie-up of a loose end? As the season progresses, we've slowly been able to — kind of — eliminate each student one by one, depending on the flashbacks to the night of the crime, aka the bonfire that seems to be the most fun anyone has ever had. Even though we can figure out who was where at the time of the murder, there are still holes in all of their backstories. Bonnie, for one, appears to be in bed with Asher. So maybe they've found true wuv, or that is the best alibi ever.

Bonnie's reasons for killing Sam are hiding in plain sight. For one, she seems to know way too much about the Keatings' life, and is always lurking either just around the corner, or just outside the shut door. On top of that, she seems to have a fondness for Sam — which is something that Annalise knows about. Heck, Frank knows. At one point Frank even comments that she can't judge him for his feelings for Laurel, considering he sees how she is around Sam. Shy smile, stolen glance, all the makings of secret lovers.

Bonnie also manages to get Annalise's detective boyfriend on the side, Nate, in trouble with his superiors. It appears to be a complete accident... but was it really? Can we really know, for sure, if Bonnie had ulterior motives for that? It got them to drop the charges against Rebecca, so while it was considered a win for their case, it doesn't really seem like it was done for the case. Could Bonnie have ratted Nate out because Annalise shut her relationship with Sam down?

I think that Sam wasn't just sleeping with Lila — I think he was also sleeping with Bonnie. It was probably something that had started and run its course before we were even let into the world of the show. Sam could have left Bonnie for Lila. Maybe Sam had initially told Bonnie that he needed to end things with her because of Annalise, only for him to go running to Lila. That's a low blow, buddy. One that would certainly piss off a former mistress, especially if you had told her that things needed to end so he could go back to his wife — and her boss.

Plus, when Annalise first realizes that Sam is MIA, she calls Bonnie and asks if she's with him. Kinda weird, unless they have a history together.

The big revelation that Lila was pregnant at the time of her murder sends a huge shock wave through the Keating house, Bonnie included since it's basically like she's there 24/7 as it is. On top of that, if she was double crossed as his original mistress? That's reason for murder right there. And then, wind up in bed with the jock of the group, who might not be smart enough to figure out what she's really doing? (Sorry, Asher). I think Bonnie has hatched a plan to get away with murder.