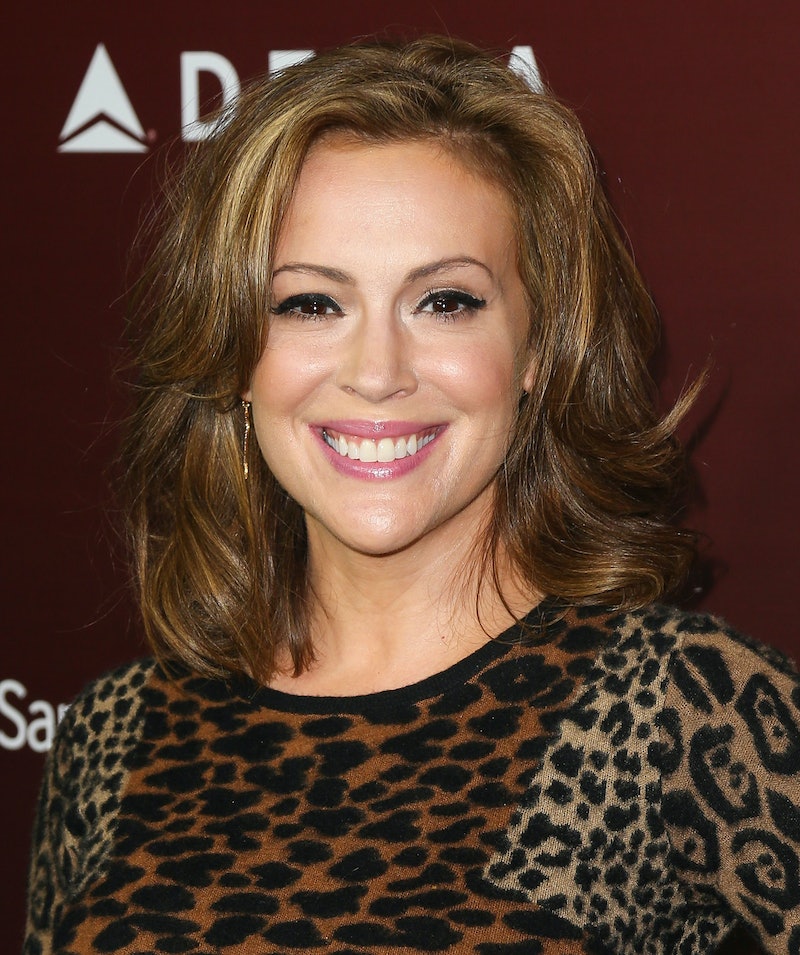 Well, I think we've officially broken the Internet by the continuous response to Kim Kardashian's fully nude Paper magazine cover. That doesn't mean we're going to stop chatting about it, and with that said, let's talk Alyssa Milano's thoughts on Kardashian's cover. The former Mistresses actress isn't one to hold back on her opinions, and that's exactly the case with Kardashian's buttocks. She recently took to Twitter to express her feelings, and it seems Milano might be a bit confused about the response to Kardashian showing off her front and back.

As she tweeted, "Wait! I don't get it. No disrespect to Kim but... people are offended by my breastfeeding selfies & are fine with her (amazing) booty cover?" I think I've seen more backlash to Kardashian's nudeness rather than the praise Milano is implying. Granted, yes, there are some who applaud her for baring it all, but not enough to overshadow the negativity (ahem... Naya Rivera) to Kardashian's nudity. As for Milano's "breastfeeding selfies," she recently posted a photo where she is breastfeeding daughter, Elizabella. If you didn't know, Milano is all about embracing breastfeeding, along with standing up for mothers who practice what they preach.

With all of that said, Milano does raise a solid point. If the same people who are criticizing her for sharing her breastfeeding are praising Kardashian for her recent mag cover, then they're hypocrites who just need to stop. However, I highly doubt if someone finds Milano's selfies tasteless that that same person is going to embrace Kardashian's butt, boobs, and vagina.

It's also important to add that Milano did end her short Twitter rant on a positive note applauding Kardashian. Check it out here: