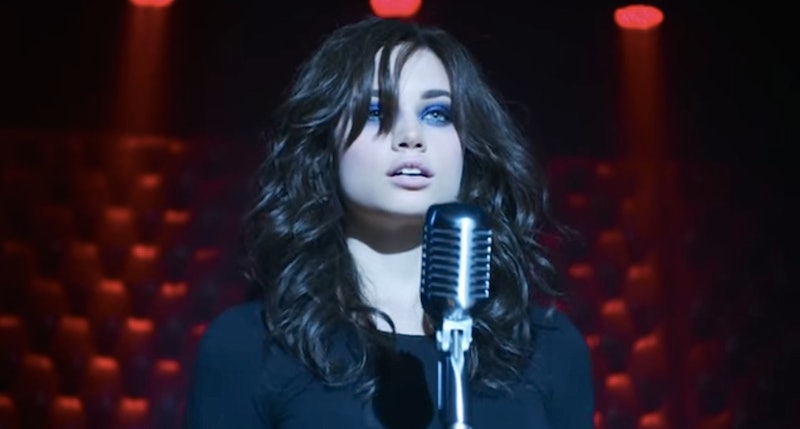 It feels like some of the most interesting parts of Gotham, like Fish's long-game assassination attempt on Don Falcone, have just barely gotten started even though we're already almost halfway through the season. Now that Liza seems hesitant to kill Falcone after getting to know him and spending time taking care of him, so I'm dying to know if Liza will tell Falcone about Fish's plan. That could totally ruin Fish's bid to take over the family, yet elevate Liza's standing from a pawn to a player… just like Penguin did with the Gordon assassination.

But Falcone could possibly be playing Liza just like she's supposed to be playing him. Remember, he also knew that Penguin was planning on infiltrating the Maroni family, but is playing dumb to Fish and acting like he never even realized Gordon let Oswald go (did anyone stop to think that could have backfired if Jim had more of a dark side?). So he could be drawing Liza in to flip her over to his side — after all, we've barely seen the two interact after that first meeting in the park.

But let's assume that Falcone was really taken with Liza upon seeing her. I want to give Fish's plan the benefit of the doubt. Fighting Falcone with a beautiful woman who's not seducing him, but mothering him, is gross, but it's a smart little move. Falcone will no doubt have a harder time dispensing of his caretaker than he would a casual, much younger girlfriend. And that's why he may press Liza to give up information so that he doesn't have to kill her. That's why the former singer needs to toughen up if she's going to go through with Fish's plan — because Penguin will be coming after her soon, and she doesn't seem prepared to come up with evasive lies or lay on the charm, so she could crack under the pressure and spill her secrets to the two Batman villains.

But while both Falcone and Fish Mooney are eager to control (and maybe even kill) the other,what does Liza want? I can't tell if Makenzie Davis is just naturally flat and affectless, or if she's pulling an Anna Torv on Fringe and just playing Liza that way in order to surprise us when we finally get an episode that dives into what she's been thinking. So far, she's not inspired by any particular comics character, but she might turn out to become Falcone's new righthand man, er, gal.