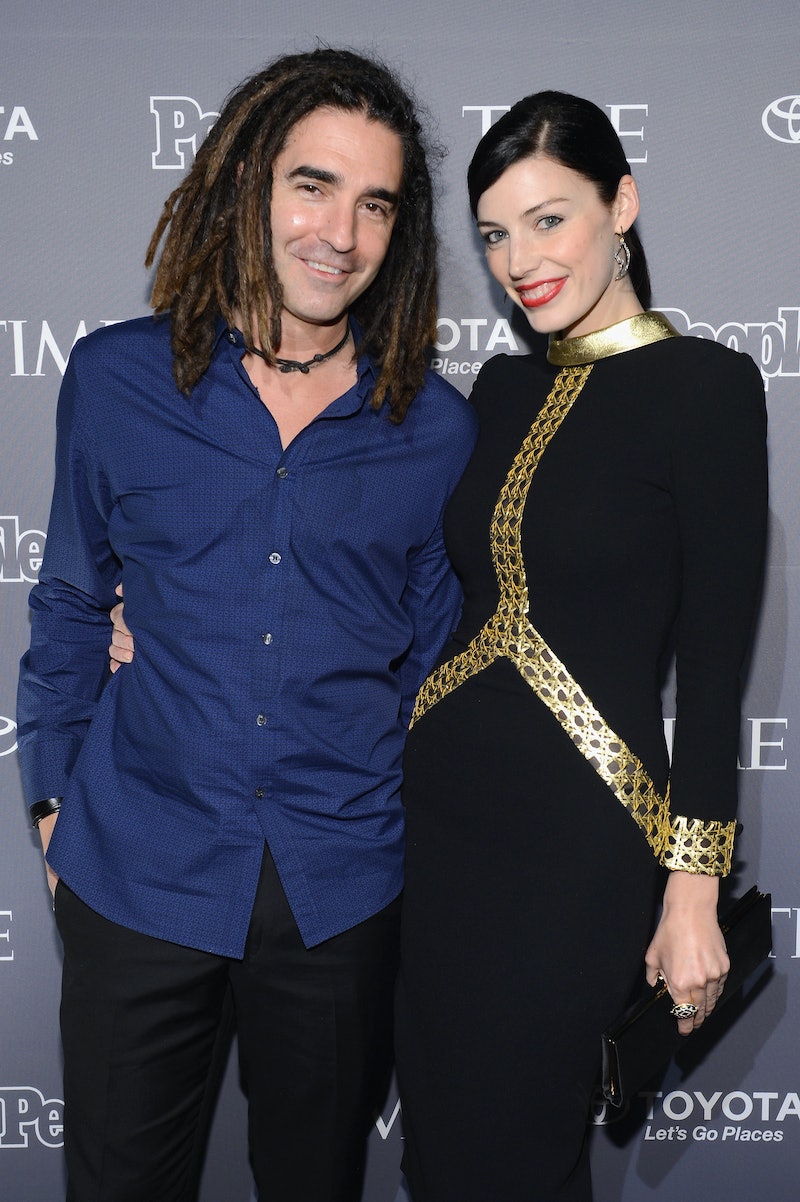 ZOMG!1! Megan Draper is pregnant! A few weeks ago Mad Men actress Jessica Paré announced that she was pregnant with her first child with a fellow Canadian, musician John Kastner. When I first heard this news, I immediately thought about how the show would handle a pregnant Megan, but then I remembered that Part 2 of the series final season has already been filmed. Ugh! But I suppose, if those longstanding rumors are true, Megan will unfortunately be going through plenty of difficult life changes, to put it lightly.

Although the couple and their reps first made the announcement in late October to various publications, it seems like the happy parents-to-be had already been celebrating their baby news for a few weeks. The couple, who have been together for two years, are pretty low-profile and seems like a massive announcement really wasn't in their books. Kastner, who is a musician in various Canadian bands, quietly posted an incriminating photo — it shows his daughter from another relationship wearing a shirt about being a big sister — on his Instagram in September, so I put my Internet skills to work.

Turns out the photo was posted on Sept. 20, a full month before they released the announcement to the media, but it's a pretty common way to handle early pregnancy to wait longer to announce. Many parenting websites claim that according to "pregnancy etiquette" a woman might feel more comfortable in waiting to announce their pregnancy until the end of the third trimester (12 weeks) to assure all is well with baby and to avoid incessant questions on your physical state, which no doubt, will probably be a little miserable.

So if this logic is correct, Paré was probably just about 2 months along in the Instagram photo and as of the end of October, just passing her 12 week mark. I came across some new photos of Paré at a red carpet event in Canada on November 12 for the Scotiabank Giller Prize in Toronto, and she is already showing a teeny, tiny belly bump.

And, if you compare Paré's bump to other photos of a baby bump at around 12 weeks, or the end of the first trimester and beginning of second, the size looks just about right, considering she's a really tiny woman anyway. If my calculations are correct, that'd put her due date around the end of April or sometime in May, just in time for the premiere of the final season of Mad Men. All I've got to say is that the timing is impeccable and as bittersweet as the ending of the show will be, something beautiful is about to begin!

More like this
UK Viewers Will Have To Wait To See Jessica Biel’s Killer Housewife Series
By Rachel Mantock
Joe Alwyn Reacts To Taylor Swift Earning An NYU Doctorate In A Rare Interview
By Jake Viswanath and Nicole Pomarico
Harry Styles Addresses The Theory That His New Song "Daylight" Is About Taylor Swift
By Jake Viswanath
Is Megan Fox Pregnant? MGK Gave A Shout-Out To Their “Unborn Child” Onstage
By Hugh McIntyre
Get Even More From Bustle — Sign Up For The Newsletter