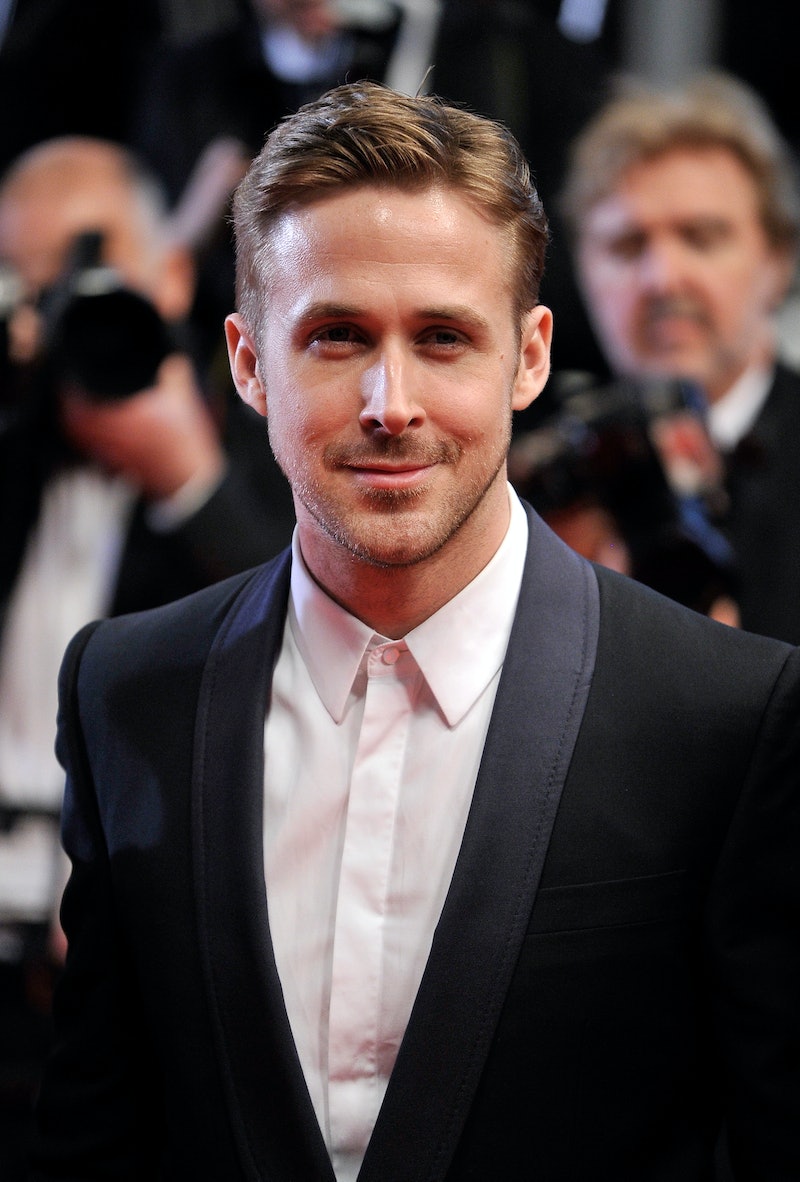 You already know him as the heartthrob from The Notebook and the face of everybody's favorite feminist meme. Plus, he's practically snagged the title of Father of the Year. But did you think it was possible to love Ryan Gosling more than you already do? It may sound impossible, but prepare to become even more obsessed. You see, it turns out Ryan Gosling is super humble. What I mean is that he isn't a huge jerk who brags about how awesome he is. Instead, there are plenty of interviews with the actor that prove he's unaware of his amazingness. To help him out and highlight how perfectly precious he is, I've rounded up some of Ryan Gosling's best quotes that prove he is blissfully ignorant to his own appeal. It's like I want to set up a giant screening of all of his movies — from Crazy, Stupid Love to Blue Valentine — just so he can finally see, yes, all of his praise is well-deserved. But maybe his humility is what keeps him so great. Either way, I admire the fact that he hasn't let fame get to his head.

Here's a list of Gosling's most humble quotes from over the years. Seriously, I wonder if he eats some kind of humble pie for breakfast every. Single. Morning. Sure seems like it!

"My mother has hired all those people. She pays them."

During an interview with About Entertainment to promote The Notebook back in 2004, Gosling was asked what it's like to be lusted over. He joked that all of his adoring fans are paid by his mother.

"If I have any particular appeal to women, maybe it’s because I listen more than other guys do and appreciate how they think and feel about things."

It's like he's unaware of his appearance. Still, he makes a great point in this 2012 interview with The Sun — that his listening skills are valuable and very much appreciated.

"I always wanted to entertain. When I was 6, a scrawny, scrawny kid, I'd get in my red speedo and do muscle moves. I actually thought I was muscular. I didn't know everyone was laughing at me."

Wait, can you just imagine an adolescent RyGos not knowing he was laughed at? This quote from a 1999 Teen magazine interview is so cute, yet so sad.

"I try not to make too many movies. I get sick of myself, so I can imagine how everyone else feels. And for the two to come out at the same time, it makes me feel sick."

This quote from a 2010 interview with the Los Angeles Times also makes me slightly sad that Gosling doesn't realize his skills. Please don't stop making movies!

"It feels like not that long ago that I was on a show called Young Hercules in which I had a fake tan and wore tight leather pants and fought imaginary monsters."

Um, I would love to see photos of that! It's even better that he hasn't let fame stop him from remembering how he got his start. He reminisced about it with Interview magazine in 2010.

"I can't tell you how many times people go, 'Are you Ryan?' Then they take the picture and realize, in that moment, that I'm not Ryan Reynolds. I can see the disappointment in their faces."

Yikes! Really? I wonder how often the kind of mix-up he described in Interview actually happens. Also, would anyone actually be disappointed meeting either Ryan? (Nope, didn't think so.)

"The pictures which will be accompanying this interview are basically of me in tight, wet t-shirts and tiny leather jackets going around in the rain and pretending that I’m a lot cooler than I am."

This quote is from the same Interview interview, and makes me wonder: is it actually pretending to be cool if he is, in fact, very cool? Why can't he just see how great he is?!

"For now, I'm just going to keep doing the work and hope I don't get fired. If people want to put me up on their walls, I'll love it."

I'm 99 percent sure he won't get fired anytime soon, but maybe he thought differently when giving this TV Guide interview in 1998. Anyway, sure, I'll go ahead and decorate my walls with his photos. Thanks for the suggestion!