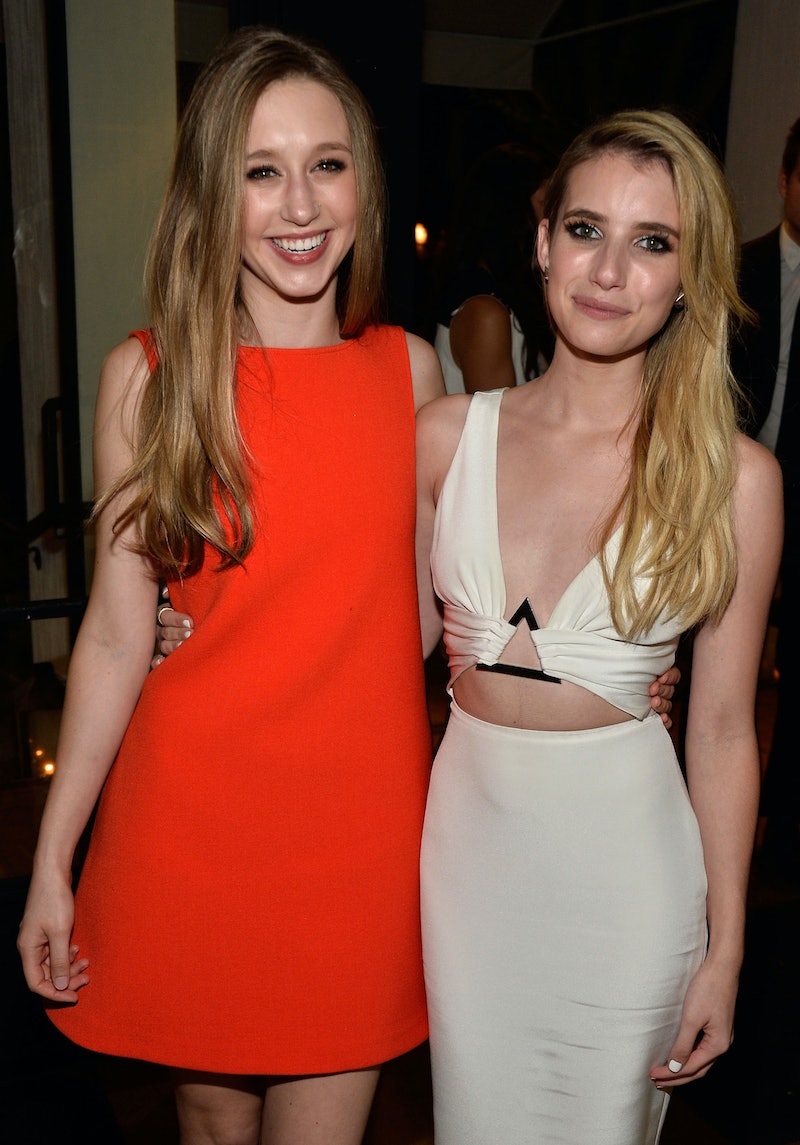 Ever since American Horror Story: Coven aired last season, I couldn't help but wonder if AHS ' Emma Roberts and Taissa Farmiga are friends in real life. I've been regularly obsessed with actors becoming best friends with each other ever since I saw The Sisterhood of the Traveling Pants, because how could you not want that friendship to actually exist? A lot of stuff went down on AHS: Coven, especially between Roberts' and Farmiga's character — you know, the usual killing someone, bringing someone back to life, both trying to win over the dead/ now undead someone, having a threesome with that someone who happens to be played by Roberts' real life fiance — that were sure to bring the two actresses together, but are these two friends in real life?

Going into an investigation like this, one would stalk the hell out of both ladies' Instagram and Twitter accounts. Obviously, I can do that. In fact, I believe if it is on the Internet, I can find it, even if it is an account under a different name — do not doubt me. But despite my super-sleuth skills, there is very little evidence of these two actresses being good friends outside of work. Now, I'm not saying that they aren't friends, but they're not tagging each other in #tbt, let's just say.

Now, Evan Peters — Roberts' IRL love interest (they became engaged in January 2014) — and Farmiga have played love interests in the past on the show. Despite how hard Madison Montgomery tried in Coven, Kyle was Zoe's onscreen soulmate. Obviously, these actors can separate real life and onscreen life, but you'd think maybe the shared "love interest" would bring the two together.

Because there isn't much evidence of these two being close friends, I came up with a few things for them to do to hang out and reconnect:

Maybe I am asking for too much, but can you blame me? I grew up watching Charmed, I want these two fictitious witches to be friends IRL, since I am still reeling over Alyssa Milano and Shannon Doherty hating each other.