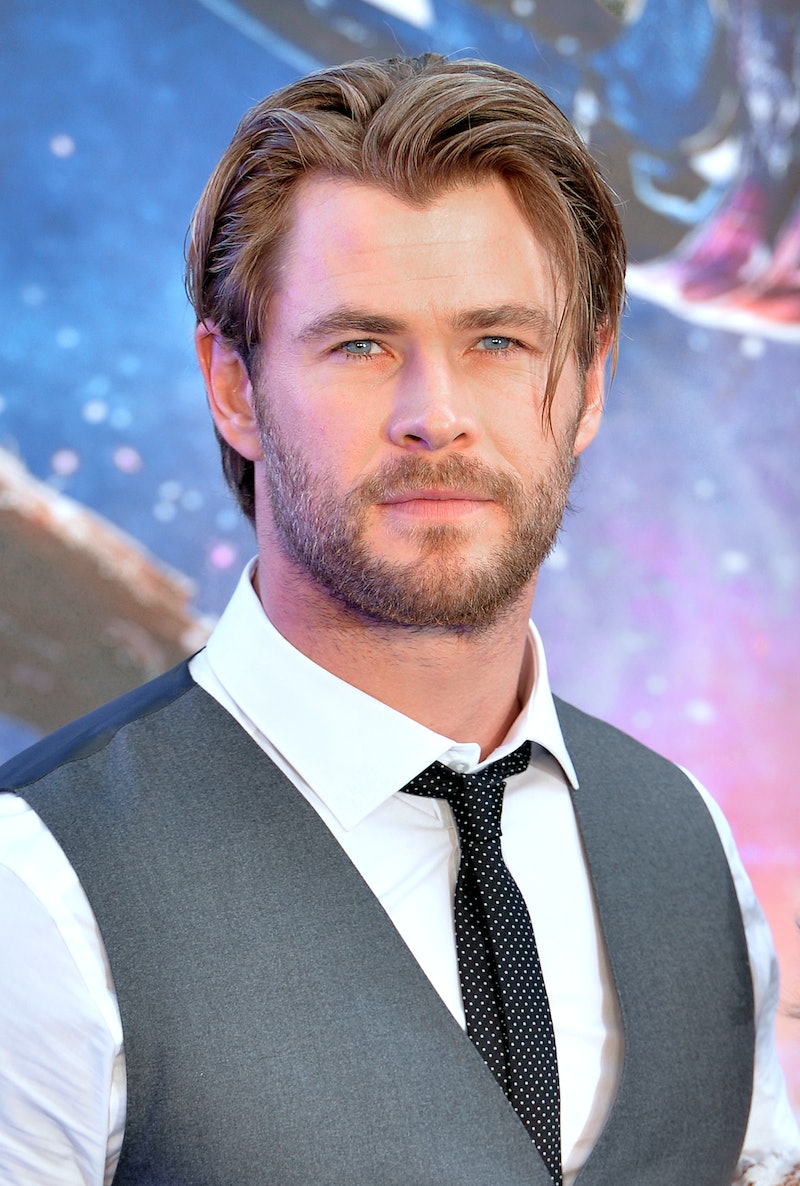 For those who anticipate the announcement of People magazine's Sexiest Man Alive with as much excitement as the gift-giving holidays, the waiting game it over. Chris Hemsworth is People's Sexiest Man Alive, so it's time to add another face to your SMA scrapbooks/shrines. Next order of business on the list is to investigate the following crucial detail: is Chris Hemsworth single? After all, you need to gauge just how high a probability your Norse God marriage fantasies have of actually coming true.

Hate to drive a stake through the heart of your dreams, but the 31-year-old Avengers actor is extremely spoken for. Hemsworth married actress/model Elsa Pataky back in 2010 after dating for just a few months. What's more, they have three children together: a 2 1/2-year-old daughter named India, and two 8-month-old twin sons named Sasha and Tristan. Welp, there's always the other Hemsworth brother.

What's Pataky's deal, though? She was born in Madrid to an esteemed Spanish biochemist and a prominent publicist. While studying journalism in college, she caught the performance bug and began taking acting classes. The 38-year-old Spanish expat has enjoyed a formidable career in the Spanish Film and TV industry, with nearly ten films and a recurring role in the series Los Serrano under her belt. You may recognize her as Officer Elena Nieves, The Rock's crime-fighting partner, in Fast Five and Fast & Furious 6. Here she is on the red carpet being endearingly exuberant about the sixth film premiere.

Modeling-wise, Pataky covered the August 2006 issue of Maxim, and starred in a jewelry campaign for "Ultimate Jewel" opposite Cristiano Ronaldo.

If you have a photographic memory for celebrity exes, you may remember her as Adrien Brody's girlfriend from the mid-aughts. Starting in 2006, Pataky had a three-year-long relationship with the Oscar-winning actor, during which he bought her a 19th Century castle in upstate New York. Their relationship came to an end shortly after they starred opposite each other in the 2009 film Giallo, a critically-panned slash flick directed by cult horror-film director Dario Argento.

Yes, that was Pataky in a previous life. Now, you can find her hanging on her beach with the fam...

Bonding with various kinds of livestock...

Balancing on her head...

Playing hide and seek in fields of flora with her husband...

And giving face on the red carpet.

It's a match made in "sexiest individuals alive" heaven.