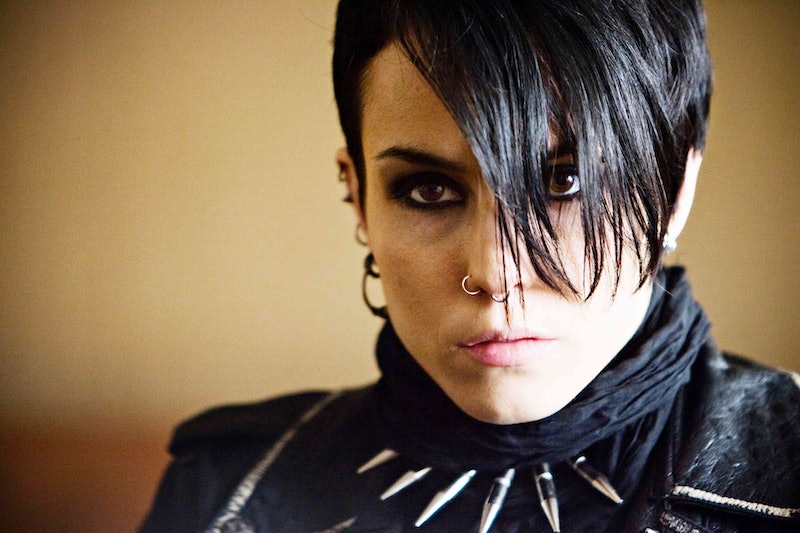 The wait is over, and we can all rest easy knowing that People Magazine’s 2014 Sexiest Man Alive is Chris Hemsworth, the blonde Aussie actor who so convincingly inhabited the role of the Norse god Thor and the playboy racecar driver James Hunt in Rush. People said it was “no contest” when it came to crowning Hemsworth, but it’s not as if he didn’t have any competition. Everything Chris Pratt did in 2014 was pretty damn sexy. He did make the list, but, alas, he didn’t win the prize.

Some might say that selecting and placing hot men on a “Sexiest Man Alive” list is a form of objectification, but where’s the fun in that? Brit model/actor Jamie Dornan made the list this year, no doubt because of all those 50 Shades of Grey trailers we’ve all watched 15 times. Some (actually millions of) people would place Christian Grey on a hot list, even though he’s a fictional character who likes helicopters and whips. As we all know, fictional characters can feel real when you get lost in a book, so I'm taking a look at 10 literary characters that deserve their own hot list.

You won’t see the usual suspects like Mr. Darcy, Edward Cullen, or Anne of Green Gables’ Gilbert Blythe (sorry, dude) on this list. You will see male and female characters who are sexy not because of their bulging biceps or brooding stares, but because of their grit, their passion, and, OK, in some cases because they just seem extremely good-looking.

And the winners are…

D.H. Lawrence’s Constance Chatterley was a woman who had needs. She was a woman of great passion and she wasn’t going to sit around knitting bonnets and letting the messed up morals of her era keep her from living and feeling and going to visit the sexy, taciturn gamekeeper Oliver Mellors whenever she damn well pleased. She’s stubborn, strong-willed, and ahead of her time. That’s sexy.

If you’re thinking, “Why would I read an 800+ page book about some old cowboys,” just stop right there. The character of Gus McCrae in Larry McMurtry’s Pulitzer-winning novel is one of the best in literature. He’s a tough yet sensitive Texas Ranger, and he’s easy to fall in love with. He might seem like a womanizer (nobody’s perfect) but inside he’s a softie. A softie who can herd cattle and rock a cowboy hat and some spurs.

ATTICUS FINCH, TO KILL A MOCKINGBIRD

No official “Sexiest Characters in Literature” list would be complete without Harper Lee’s Atticus Finch. He wore a buttoned-up suit instead of spurs, but his integrity and open-mindedness made him off-the-charts hot. He took care of business, knew how to raise a badass daughter, and he didn’t care what people thought. He somehow makes grave seriousness very appealing.

To Kill A Mockingbird, $7, Amazon

Eleanor and Park don’t wield giant hammers or have bulging muscles, but they’re one of the sexiest couples in modern literature. It’s the way they fell in love that’s so sexy, thanks to the insanely talented Rainbow Rowell, who can so perfectly capture the smells, sounds, and feelings of first love like no other. They fell in love so hard it hurt.

OK, Richard Burton (aka Mr. Elizabeth Taylor — twice) is technically a real person, but Jess Walter made him into a character in his lush and dreamy novel Beautiful Ruins, so according to the rules of this list, he counts. Most of the novel takes place in Italy, during the time Burton was shooting Cleopatra there, and he pops into the story only briefly — but for that brief moment, he’s pretty irresistible.

Private Investigators and detectives are always sexy: Sherlock Holmes, Sam Spade, Nancy Drew, Bruce Willis and Cybill Shepherd in that show Moonlighting. Raymond Chandler gave us one of the hottest P.I.’s of all: Philip Marlowe was a brooding, intelligent, wiseass detective in books like The Big Sleep, The Long Goodbye, and Farwell My Lovely. He had that lone wolf thing going on, which can be sexy... for a while.

She’s beautiful, conflicted, smart, passionate, and she loves wearing overalls. She’s the heartbeat of Zora Neale Hurston’s Their Eyes Were Watching God, and she’s a woman who discovers her independence at a time when women were supposed to be anything but.

Their Eyes Were Watching God, $16, Amazon

“THE CHINAMAN”, THE LOVER

I didn’t name the character, but there it is. Marguerite Duras’ The Lover is a semi-autobiographical Lolita-esque novel set in prewar Indochina and man is it steamy. A French teenager meets an older, wealthy man and their affair is way sexier than anything Christian Grey and Anastasia Steele could cook up. “The Chinaman” is basically the best lover in the universe, so that cements his position on this list.

LISBETH SALANDER, THE GIRL WITH THE DRAGON TATTOO

Lisbeth is scary sexy. Literally — you do not want to mess with this woman. She’s mysterious, she slinks around in the dark, and she’s got that private detective vibe going for her. She’s fiercely independent and she’s got that goth/metal style that's pretty hot. She can take care of herself and kick ass — she’s practically a literary superhero.

The Girl With The Dragon Tattoo, $8, Amazon

PETER QUILL aka STAR-LORD, GUARDIANS OF THE GALAXY

Screenwriter Nicole Perlman chose to adapt the Guardians of the Galaxy comic books for the screen because the story and characters were so offbeat – they weren’t Thor, basically. Peter Quill aka Star-Lord aka Chris Pratt (it’s hard to separate them now) has that goofy sexiness going on. He can crack a dumb joke one minute and obliterate an enemy the next. This is also a little shout out to Chris Pratt, who really should have been People’s Sexiest Man Alive. But there’s always next year.

Guardians Of the Galaxy, $12, Amazon

More like this
The 20 Best Audiobooks To Fall Asleep To
By Aoife Hanna and K.W. Colyard
Why The '365 Days' Sex Scenes Are Good, Even If The Movies Aren’t
By Arya Roshanian
Conversations With Friends' Endometriosis Scenes Are As Brutal As It Gets
By Ivana Rihter
The 43 Best Mystery Books To Read Now
By Morgan Leigh Davies
Get Even More From Bustle — Sign Up For The Newsletter