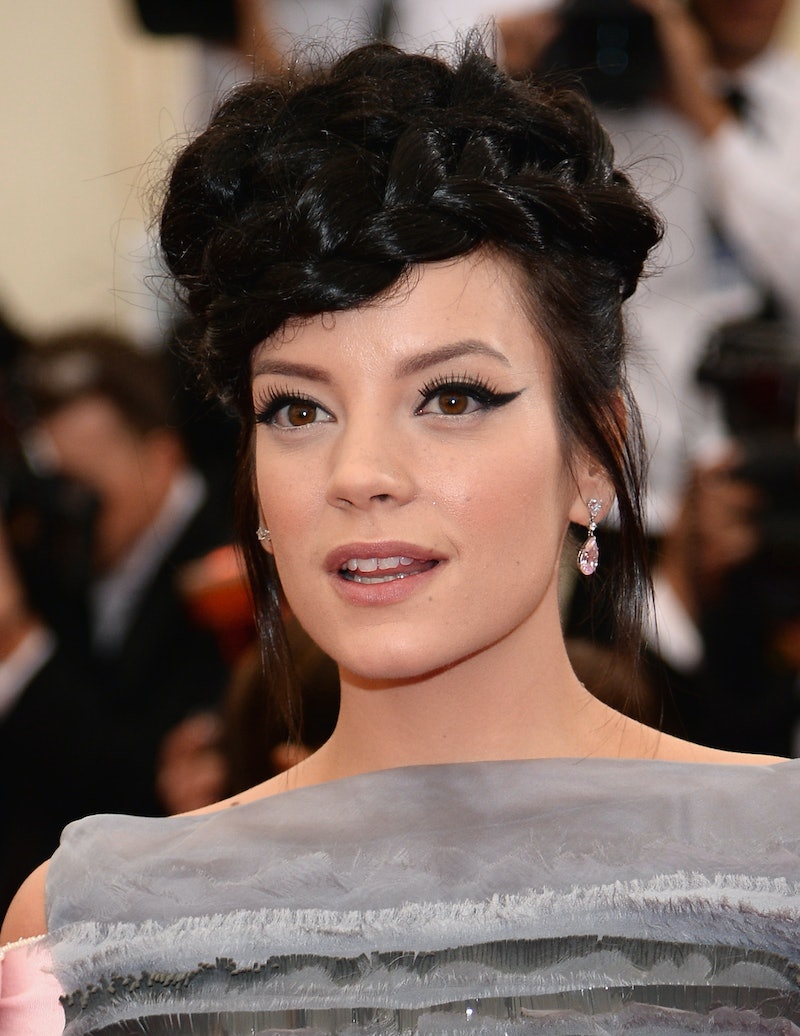 Earlier this month, Band Aid 30 presented the world with its 2014 version of Do They Know It’s Christmas? in an effort to help fight against the spread of Ebola in West Africa. As a rebirth of sorts of the original group (composed of Sir Bob Geldof and Midge Ure), which originally raised funds for those experiencing the famine in Ethiopia, The Band Aid Charitable Trust brought together some of Britain’s most celebrated artists this year in order to raise money for a new cause. From Bono to Ed Sheeran, many successful names were included in this effort, and yet, there was one celebrity who actually turned down the invitation. That is, Lily Allen refused to join Band Aid 30 because she felt that “there’s something a bit smug about it."

Ouch — those are some harsh words for an organization attempting to raise money for a good cause. Although Allen wasn’t the only star who didn’t attend the event (Adele wasn’t there either), she made it a point to say she turned down the offer because she’d rather just donate money herself.

“It’s difficult to explain why I didn’t do it without sounding like a complete ****,” Allen told the Daily Mail. “I prefer to do my charitable bit by donating actual money and not being lumped in with a bunch of people like that. It’s like the success club and I’m not really in that club. I don’t think I’m above it all — I’m way below it — but there’s something a bit smug about it.”

Although I have to praise Allen for wanting to donate her own money to the cause, I feel like she missed the point. Sure, Band Aid 30 is definitely about the stars raising awareness about Ebola, but they’re using their obvious fame and power to encourage even more people, like you and I, to donate when we may not otherwise.

While I hate to admit it, everyone knows that celebrity involvement, whether for St. Jude’s Children’s Research Hospital, ASPCA, Habitat for Humanity and the like, always garners more support from non-celebs like ourselves.

I mean take Stand Up to Cancer for example. So many celebrities participated in Stand Up to Cancer to ask us to help raise awareness and donate our money, and we did. Yet just because those celebrities were involved in the event doesn’t mean they didn’t donate additional money themselves as well. In fact, with many of them being recognized philanthropists, I can imagine the majority of them did.

So though I understand Allen’s point to an extent, I have to say that she actually could’ve done even more good for the world by singing in Band Aid 30’s music video. Think about all the Allen fans who may have felt encouraged to donate money after seeing their favorite singer involved with everyone else who attended! Hopefully, she’ll think about that next time the opportunity rolls around.