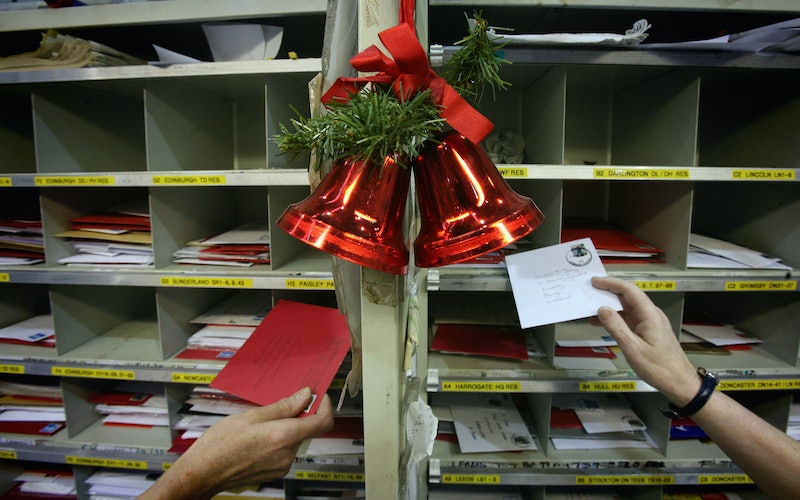 'Tis the season to be jolly—but also 'tis the season for playing pranks on strangers. That is, if you ask the woman who recently tweeted a picture of a funny Christmas card along with the caption, "every christmas my bff and I send cards to random addresses." The mysterious, James Bond-y card from "Frank" reminds the recipient of their secret mission while simultaneously wishing them an "especially nice Christmas." Aww, how sweet and festive! I can only hope that the person who receives this thoughtful greeting card appreciates the humor and originality (and doesn't call the NSA to report a stalker or a terrorist plot).

Christmas cards aren't like they used to be: Every one from regular Joes and Josies of the world to big name celebrities like the Kardashians are getting into the holiday spirit by creating spectacular, over-the-top cards for their friends, family, and (seriously, this is the only one we really care about) social media followers. Whether they're hilarious parodies like Ellen and Portia's, pajama-themed like Kelly Clarkson's, or trippy and nonsensical like Miley's, everyone is determined to put their own spin on the holiday tradition. Some perfect angel genius even thought to make Christmas cookie cards, because why the hell not?

Ellen and Portia, Killing it AGAIN, 2014