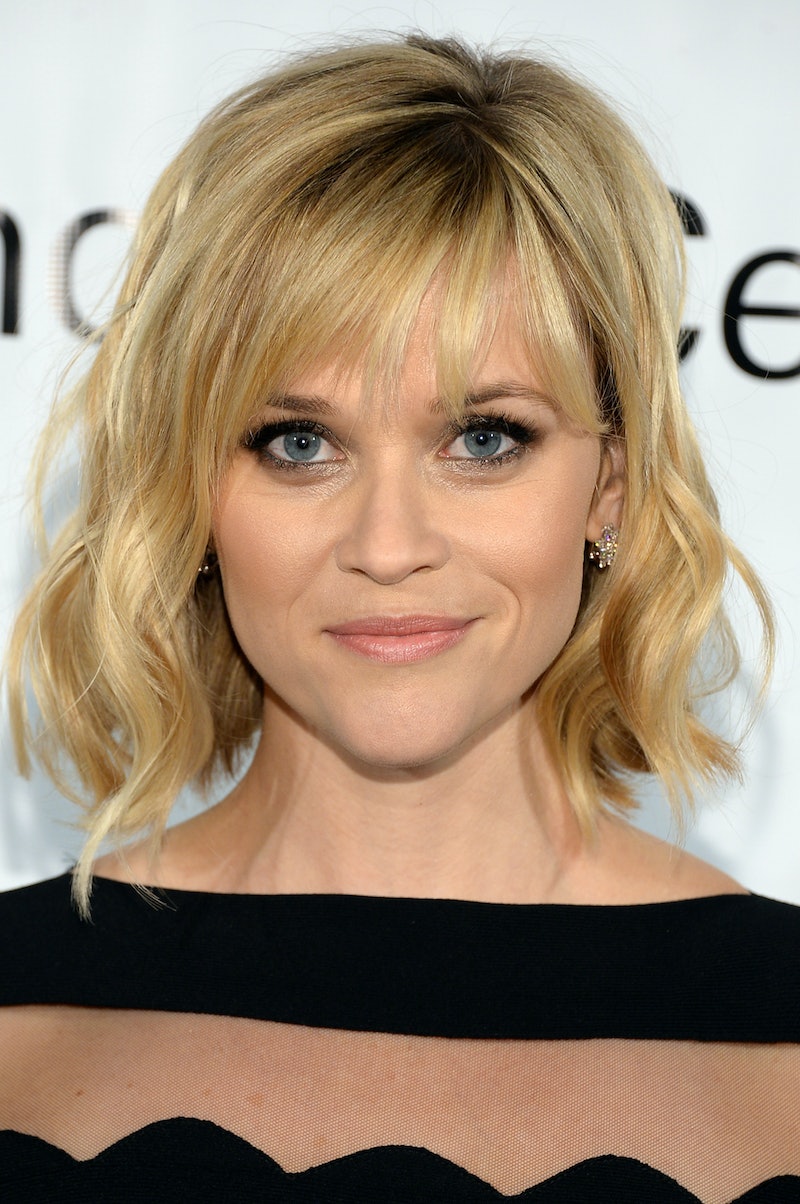 One of my favorite movie icons would have to be Elle Woods. I can't even count the amount of times I've seen Legally Blonde, but anytime it's on TV, I automatically tune in. As for why I'm such a fan, I'd say Elle Woods was definitely a feminist. She takes a stand as one of the few women in Professor Callahan's law firm and defends herself, despite everyone believing she's a stereotypical "dumb blonde." Basically she exceeds everybody's expectations and doesn't let anything hold her back from achieving her goals — especially not any arrogant men. So why am I bringing up a movie from 2001? Because Reese Witherspoon talked about feminism in a video interview with Glamour and her response would definitely make Elle Woods beam with pride.

Witherspoon is the cover star of Glamour's January issue and on set she filmed a really great video explaining three of the reasons she considers herself a feminist. It's always a good thing when female celebrities (or any celebs for that matter) come forward and proudly proclaim that they're not afraid of the "feminist" label. From Taylor Swift to Aziz Ansari, 2014 has been a solid year for famous people embracing the F word.

1. She Knows Her History

Witherspoon explains that she comes from a strong foundation of feminists in her family.

My mom and my grandmother were both feminists. And they fought so hard to have the rights and privileges that we now as women have. All over the world, I think it's important to be aware that women are always fighting to just maintain the rights that they have.

Hmm, this reminds me of that time Elle Woods received solid advice from another powerful female... Yup, I'm talking about Professor Stromwell. She definitely serves as a feminist role model for Elle and doesn't let her give up on law school, just because of a guy.

2. She Believes That Sexuality Is Never Shameful

It's always important to own your sexuality and not be ashamed of it. She talks about that here:

A big part of when I read Cheryl Strayed's book Wild was how she dealt with her own sexuality. Kind of gave herself an opportunity to forgive herself. Every choice and decision that you make bad, good, right, or wrong, it's part of who you are and building character and becoming the woman you want to be.

In a way, this can relate to how Elle defends herself when Callahan hits on her, and doesn't let others view her as an object. She's a strong woman who knows how to defend herself and make her own decisions.

This next quote hits the nail on the head about so many aspects of feminism — the desire to keep fighting for equality and why we're fighting in the first place:

I don't really understand why a woman wouldn't feel like she deserves equality, equal pay, equal rights. We need to just not only maintain the status quo but push forward and really continue the good fight for equality for people everywhere.

That first part is so true! Actually, all of it is true. It also totally reminds me of how Elle deserved to be at Harvard Law just as much as Emmett, even though he didn't realize it at the time.

So now, if you're wondering who my newest feminist role model is, here's your answer:

Sure, that's a photo of Elle Woods, but I'm talking about Reese Witherspoon. In fact, they're equally and interchangeably awesome. To watch Witherspoon's stance on feminism for yourself, check out the video below!