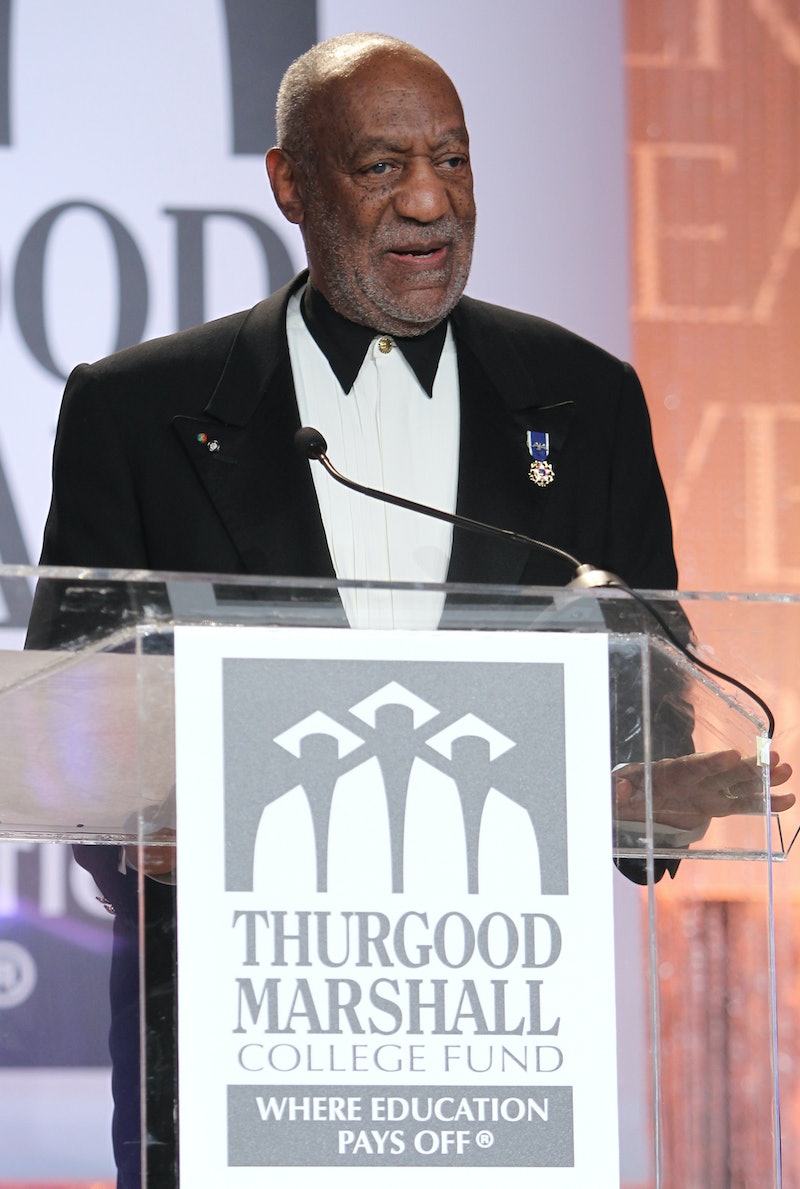 In what shouldn't come as surprising news, others are not taking kindly to the sexual assault allegations against comedian Bill Cosby. As reported on Friday, Bill Cosby's Hollywood Walk of Fame star was defaced with the word "rapist" written across it more than once. The Hollywood Chamber of Commerce will accept no such vandalism and is cleaning up the graffiti. A representative told TheWrap on Friday,

The Hollywood Walk of Fame is an institution celebrating the positive contributions of the inductees. When people are unhappy with one of our honorees, we would hope that they would project their anger in more positive ways than to vandalize a California State landmark. The star is being cleaned up at this time.

The graffiti is in light of Cosby being accused of sexually assaulting over 20 women. Ever since these women have bravely stepped forward, the comedian has faced much backlash, which is to be expected. Not only was Cosby's Navy title revoked, but his alma mater University of Massachusetts-Amherst cut ties with him and Cosby even resigned from Temple University's board of directors.

There are those, like singer Jill Scott and former Voice coach CeeLo Green, who have seemingly defended Cosby, but it seems like more and more people are voicing their thoughts against the man who was once beloved by so many. Take this particular incident with his Walk of Fame star. I have a feeling this is just the beginning, and others won't stop voicing concern or showing action until the reported victims receive justice.