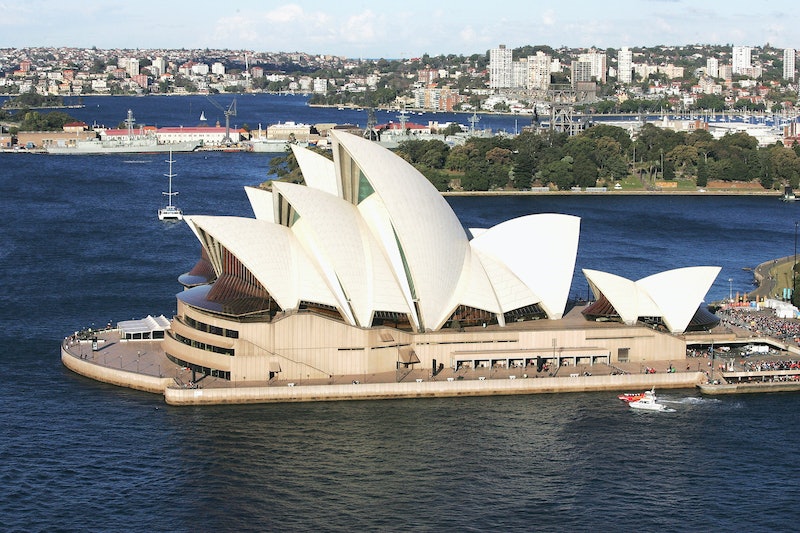 UPDATE: After several hostages escaped from the Lindt store Monday, held up by suspected hostage-taker Man Haron Monis, police stormed the building. According to reports, three have been killed during the siege, Monis and two hostages. Four others have suffered injuries.

EARLIER: The week was just beginning in Sydney, Australia Monday when at least one gunman took at least a dozen people hostage in a chocolate shop in Martin Place. And it looks like the situation shows no sign of slowing down, as authorities have confirmed that the Sydney Opera House was evacuated due to a suspicious package found on the premises.

It's unclear whether or not there were harmful substances in that suspicious package, but authorities were right to be concerned — after all, there is very little at this time known about the hostage situation unfolding in the Martin Place Lindt store, and the Opera House is the most recognizable structure in the city. Still, Prime Minister Tony Abbott is urging citizens to remain calm despite the fact that nothing is yet known about the gunmen, insisting that "our law enforcement and security agencies are well trained and equipped and are responding in a thorough and professional matter," while area police have urged media to resist making speculations as to the identity of the assailant.

And that's hard to resist for many members of the media, particularly those who know just one detail about the hostage situation in Martin Place: According to footage, it appears as though two female hostages were forced to hold up an Islamic militant group flag in the window.

And though others have fingered a man wearing a bandana in some footage as a possible gunman, everything is still up in the air, though Abbott did hint that it appeared as though the attack could be politically motivated. Still, that hasn't stopped many from making assumptions. No doubt this Twitter user is hardly alone: