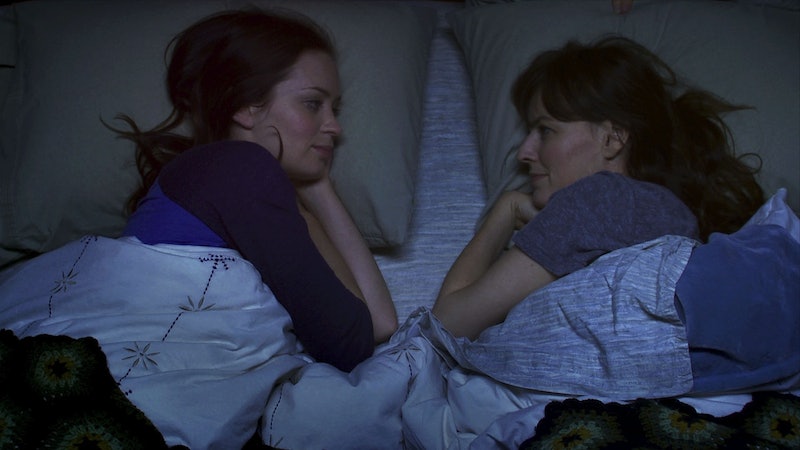 With only 16 months between us, my sister and I are more than just close in age. From the very beginnings of our lives, there’s been absolutely nothing that we’ve kept from each other, no matter how vile or vomit-worthy it just might be. I mean, the woman showed me her mucus plug when it dropped out of her vagina just a few days before her first son, Jackson, was born. (And people wonder why I don’t have a big desire to have kids.) It doesn't get more intimate or gross than that.

Whereas certain things may be totally off limits with your partner or your friends, when it comes to your sister, most things, if not all things, are completely up for discussion — and even show and tell. Because, let’s be honest, who else is going to stare at your mucus plug in equal horror in not your sister? No one.

The world is full of gross things for the sharing, and there’s no better person to witness all that disgusting mess than your sister. Here are the 21 gross things you would only do in front of her.

Showing Her Your Period Blood

Who hasn’t screamed out to their sister to come to the bathroom and more closely examine the clot of blood that has descended from your uterine wall and looks to be about the size of a clementine?

...And The Weird Shaped Blood Stains on Your Underwear Because Your Period Came Early

It almost looks like the work of Picasso. Don’t you think?

It's not like you're showing it to her — although you probably would if it needed inspection of something that looks weird and abnormal. But why make her leave the room if it's something she does, too? Speaking of which...

Yes, I still poop in front of my sister, and she does the same. It’s totally foul, but sometimes certain conversations can’t wait until you’ve finished your bowel movement and must be tackled ASAP.

Then Analyzing Said Poop, If Need Be

Poop is a precarious thing. It can be a whole multitude of shapes and sizes, and weird colors, too. Sometimes you can’t help but stare at it and wonder what the hell you ate that could create such a mess. Your sister is just the person to give you her insight on the matter.

Because if you’re pooping in front of her, you’re sure as hell farting, too.

"Seriously. Have you ever smelled something so awful? It's not as awful as your farts, but it's still pretty bad."

I’m not talking one of those polite picks that you do in the presence of others, but one of those, “OMG. Why isn’t my finger long enough to get that hard crusty thing that’s stuck in there?” kind of pick.

Forcing Her To Check Your Breath

Coffee for breakfast and garlic for lunch? Yum!

When it comes to bacteria, your mouth is a happy little playground for it. Yet, for some reason, you're willing to share your sister's toothbrush.

If your sister is anything like mine, this is where she'd actually like to take over and do it herself. Oh, the satisfaction in it!

Showing Her How Far Your Popped-Zit Reached

The only thing greater than watching that nastiness hit the mirror from a few feet back is showing your sister the aftermath on that mirror.

Childishly Spitting Something Out on Your Plate

With our sister, we can just drop that nastiness right out of our mouths and onto a plate.

Flossing With a Strand of Your Own Hair

Sometimes, you have a massive chunk of something in your teeth and you just can't get rid of it without floss. It's then, and only then, that it's OK to rip a piece of hair from your head to remedy the situation. And your sister is the only one in the world who would ever be allowed to be privy to such a thing.

Smelling Various Parts of Your Body

Since we've already established that all women smell their vaginas on a fairly regular basis, this is definitely something that would only be done in front of a sister, along with whatever else needs smelling.

...And Scratching Various Parts of Your Body

My sister is the only one whom I'll go to town on scratching my vulva and pubic bone like there's no tomorrow. It just gets so itchy down there sometimes!

Digging Out an Ingrown Hair

Being a picker of things herself, your sister can totally give you tips on this one.

Peeling Your Dead Skin Away

Using a Sleeve as a Tissue

Sometimes, you just don't have a tissue, and in those cases, you're damn happy you're with your sister. In front of no one else would you dare to wipe your snot on your sleeve (or her sleeve).

Ideally, no one wants to throw up in front of anyone. But, if you're sick, hacking up everything you've consumed in the last week, then the only person you want holding your hair back in such situations is your sister.

Picking Lint Out from Random Places

To quote my sister, "You're the only person I'd pick lint out of my belly button or from between my toes in front of, because I know you're just as lint ridden as me."