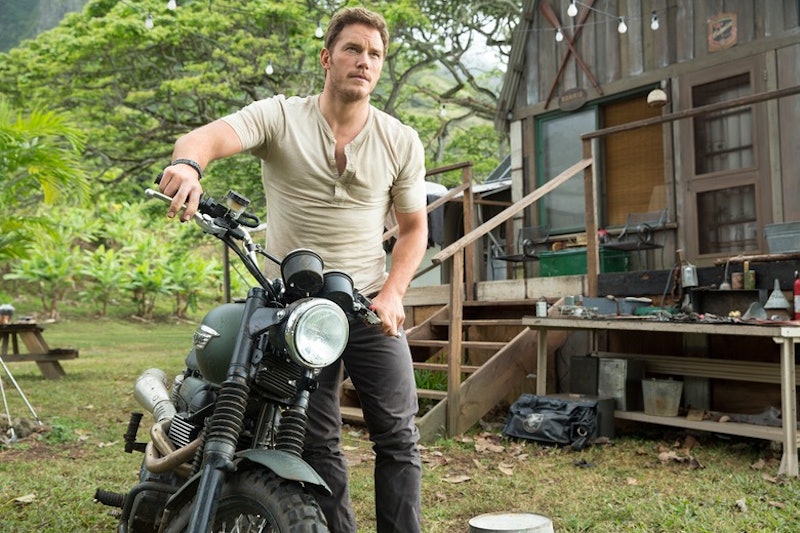 It’s always quite humbling to look back upon a year of cinema in one fell swoop. Taking one more glance at 2014, we’ll recall civil rights pictures, large-scale monster movies, 12-years-in-the-making stories about growing up, dancing trees, wire-tapping documentaries, an immortal Tom Cruise, singing Legos, two Herculeses, three Scarlett Johanssons, four Tilda Swintons, a Kickstarter movie everyone wanted (Veronica Mars), a Kickstarter movie nobody wanted (the Zach Braff one), a movie by Jodorowksy, a movie about Jodorowsky, Texan Wahlberg, computerized Depp, gamely hunger, a diverging Chicago, a passionate kiss at a hallowed Holocaust memorial site, a Melissa McCarthy movie that no one knew what to do with, Daniel Radcliffe with horns, Angelina Jolie with horns, tirades against the Internet, Ben Affleck: suspected murderer, a guy talking to his dead dad in a car, a guy talking to his live dad in jail, globe-trotting Reese Witherspoons, Kate Winslet’s erotic pie-baking and… well, just about everything except Seth Rogen and James Franco trying to assassinate a world leader.

But just because it has been a particularly sprawling year, that doesn’t mean we don’t have anything left to look forward to in 2015. Here are some of the most promising and hotly anticipated new movies set to release this coming year:

In 2015, we'll be seeing two movies that have endured quite the difficult time making it to release: Jupiter Ascending, which was scheduled to come out this past summer but was bumped to January at the last minute, and Jane Got a Gun, which has gained and lost more principal parties than the cast of Charles in Charge. If nothing else, you've got to be curious about how each of these potential disasters will turn out.

Thanks to her terrific sketch comedy series, Amy Schumer's reputation has blossomed over the past year. Her first starring role in a feature film will come in the Judd Apatow-directed Trainwreck, which all fans of modern comedy should be looking forward to.

Two performance-oriented 2012 hits will be getting sequels in '15: the charming and fantastic Magic Mike and the (as far as I am concerned) reprehensible Pitch Perfect. Each follow-up brings in a new director (Steven Soderbergh's A.D. Gregory Jacobs and actress Elizabeth Banks, respectively), so we don't quite know what to expect with these rounds.

The Reliable Next Chapters

We never go too many years in a row without a new Bond movie, and Spectre promises all the enchanting chutzpah we saw in Sam Mendes' last turn at the 007 wheel. Likewise, there hasn't been an odd year since 2007 that didn't give us a Fast and Furious film, and Furious 7 is coming up fast in 2015. Granted, this is a bittersweet arrival, as it will mark the last time we see the recently deceased Paul Walker onscreen. But one last chapter of his long-running racing series seems to be an appropriate way to seal the actor's legacy.

The Jurassic World trailer got a lot of flack, but it has the majesty of the original film (and the possibility of a shirtless Chris Pratt) to foster some optimism. Meanwhile, Mad Max: Fury Road looks absolutely bonkers, in the best way possible. So, gear up for both!

The "Show Must Go On!" Movie

After the script for Quentin Tarantino's The Hateful Eight was leaked, there seemed to be a chance that we'd never see his next Western hit the screen. But the writer/director has shaken off the bad blood and will bring his give us his next chapter towards the close of 2015. For that, we're all thankful.

The One We're All Ashamed to Admit We Kind of Want to See...

It's okay to come clean: you're curious about Fifty Shades of Grey. Sure, no one expects much of it, but it could very well be... singular.

Although his last two (maybe three if you're not a Vanilla Sky fan) ventures were "lesser Crowe," the man behind Say Anything and Almost Famous will always glean excitement when it comes to a new picture. To add to the appeal, his still untitled upcoming romance sports a tight cast (Bradley Cooper, Emma Stone, Bill Murray, Alec Baldwin, Rachel McAdams, John Krasinski, Danny McBride, and Jay Baruchel!) and a bonkers premise. (Talking computers? Buried treasure?)

The Project That Has Been Shrouded in Secrecy For So Long

We know almost nothing about Tomorrowland, a Disney picture that I'd struggle to summarize other than mentioning the presence of George Clooney and, perhaps, a robot. Lo and behold, this marketing scheme worked! I must find out what the heck happens in this movie!

And the Mother of Them All...

Just hum the Star Wars theme for the next 12 months. That'll get you through the wait.