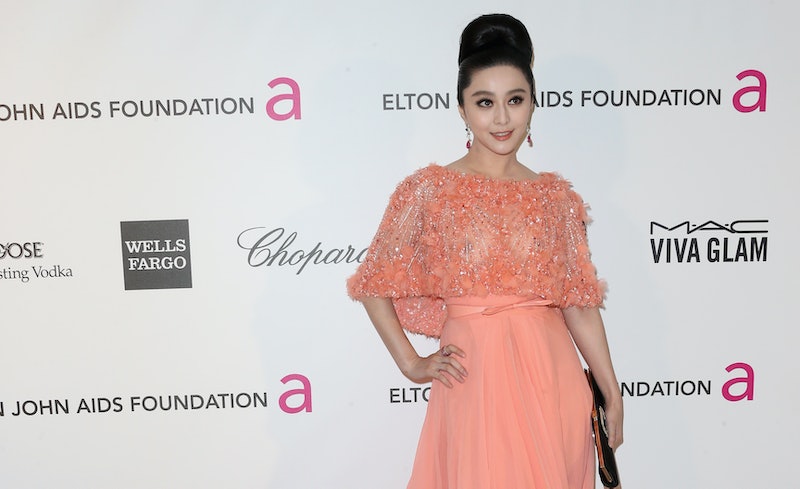 Looking back at 2014, I'm not sure if there is a whole lot to be proud of when it comes to true progressiveness of what was produced fashion-wise. If anything, it can sometimes feel like more regressive things are happening as soon as we become aware of the biases, prejudice and systemic oppression or erasure still prevalent in society. Sometimes having our eyes opened and looking through a new critical lens makes obvious the ways in which those things all around us have been upheld. There's also the fact that sometimes, despite the ways in which we want people, cultures, and systems to do better by assuming accountability for their missteps — things just get worse. So despite all the wins and all of the voices both demanding change and calling out societal failures in order to signal the changes needed, this past year kind of sucked a little bit. And fashion (amongst other industries) certainly wasn't as progressive as it could have been.But just because we may have felt frustrated or didn't have our expectations met, it doesn't mean that we didn't set the stage for 2015 to be better. It doesn't mean that we didn't learn how to better spot injustices. We've been vocal about the impact that pop culture and fashion can have on social change, and learned to use our voices to help amplify other voices needed to create said change. We were also reminded that just because we don't see a variety of people in the mainstream media, it doesn't mean those people don't exist or don't deserve to be seen. The myth that whole groups of people don't get media representation because they aren't good enough in some way (or, in other words, are unworthy in some way) has been proven false, time and time again. And there are people out there who are being revolutionary and becoming the change they want to see in the world every day. It's our job to start paying better attention, after all.

Because representation and visibility are so important, we absolutely should not stop asking both private companies and the media to do better, even though it's just as important to see the people who are already there. When it comes to fashion, we need better examples of the types of humans who are out there getting dressed right now. We don't just need more tokenization and performative diversity, we need a change in power structures.We don't just need more diverse-looking people wearing clothes, but being involved in all aspects of fashion. That's going to take a while, of course. But where do we start? Honestly, I don't know. What I do know is that there are non-exhaustive, necessary fashion icons we need to start paying attention to in 2015. Amongst them are these:

OK, so my colleagues at Bustle are already a bit obsessed, but I think 2015 is the year we see Fan Bingbing receive a ton of attention for her red carpet ensembles and acting chops.

Ellen Page has always been gorgeous, but her more androgynous styles are perfect and they have set her apart from the crowd. We can't wait to see what she has in store for us next year, both style-wise and on-screen.

The looks in her first video were jaw-droppingly gorgeous, and the several different prosthetic legs she drew attention to — from avant-garde to shimmering luxe — were just the tip of the iceberg. More Viktoria, please!

With her elegant style and her recent Candy cover, in which she was positioned next to other gorgeous trans women like Janet Mock and Laverne Cox, I predict Geena Rocero is going to become a household name in 2015.

She's a model and an editorial director who is killing it on Instagram, with a chic and playful style — what else do you need to know?

Her aesthetic is bold and feminine, mixing classic cuts with modern colors and styling. So her blog and Instagram had better be on your 2015 style inspiration list.

Easily one of the Instagram accounts that most inspires me to dress better, Amarina has a wardrobe that has tons of thrifted clothing — making her outfits not only cute, but affordable inspiration.

The latest must-have pieces styled in a laid-back, minimal way. Looking to start a "uniform" for 2015? Sobi has a ton of great looks that mix neutral basics in a non-boring way.So who are your necessary style icons for this new year? Who do you want to see more of? Tweet me at @jodielayne and let me know!Images: Getty; Twitter; Instagram