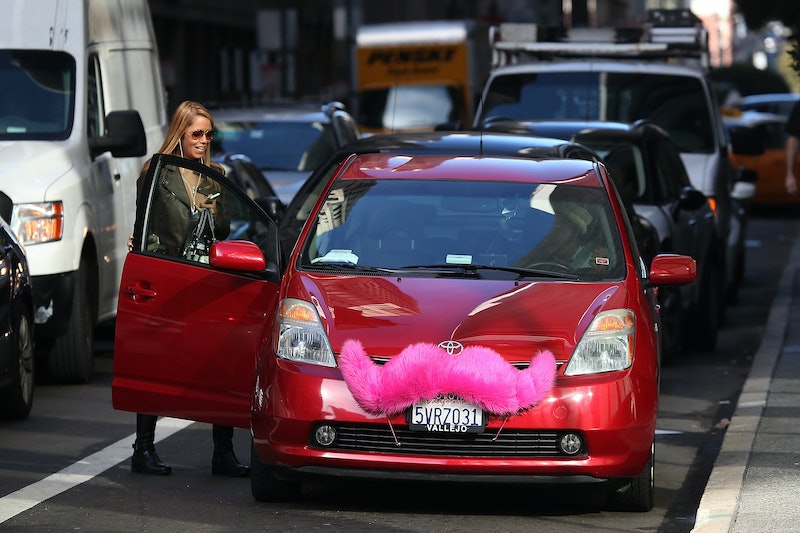 If you're as hella lazy as I am, you're probably considering one of six million reasons to avoid going out on New Year's Eve (reasons 1 through 12: There probably isn't going to be as much cheese as there already is in my fridge). But another new, increasingly common, and entirely valid reason not to want to go out tonight is avoiding the notoriously ridiculous Uber and Lyft price surges we have all come to know and hate during peak holiday hours. The last thing you want to do is wake up on New Year's Day and discover you spent so much money getting across town that you might have to sell the liver you just spent the night pulverizing in order to pay January's rent. So how do you avoid Uber and Lyft price surges on New Year's Eve during a time you might already be a hot mess? Thankfully, two drivers from the companies have gone just rogue enough to give us all some intel. Here are some of their tips:

Simply avoid Uber and Lyft if you can

If you live in a big city, there are city-specific apps like Flywheel, an app available in Seattle, San Francisco, and San Diego that is celebrating a #SurgeFreeNYE by charging ten dollars for all New Year's Eve rides. There are also apps like Sidecar, which lets riders and drivers set rates ahead of time without any ugly surprises.

Compare prices between the apps

When it's just plain unavoidable to call Lyft or Uber, it's important that you bear this in mind: Lyft caps its price surges at 400% (five times the regular rate), but Uber can skyrocket as high as 8-9 times the regular rate, and they have no cap on their surges. You could accidentally pay the rate of an Uber ride on the moon. They'll fluctuate throughout the night, so it's good to compare as it goes on, but if you're too buzzed to do that kind of research then Lyft is probably a safer bet.

Use Lyft Line or Uber Pool

It's a New Year! Make some friends. Using these apps means you will be riding with strangers, but if it means saving a few hard-earned smackeroos for a hangover brunch the next morning (or just any kind of brunch, ever) then it's more than worth a few awkward conversations with other party people.

In any case, make sure you are staying safe and keep your cell phone charged tonight, so you can have the stellar New Year's Eve you've dreamed of all year and avoid becoming an Uber horror story. Knowledge is power. Go forth and party!