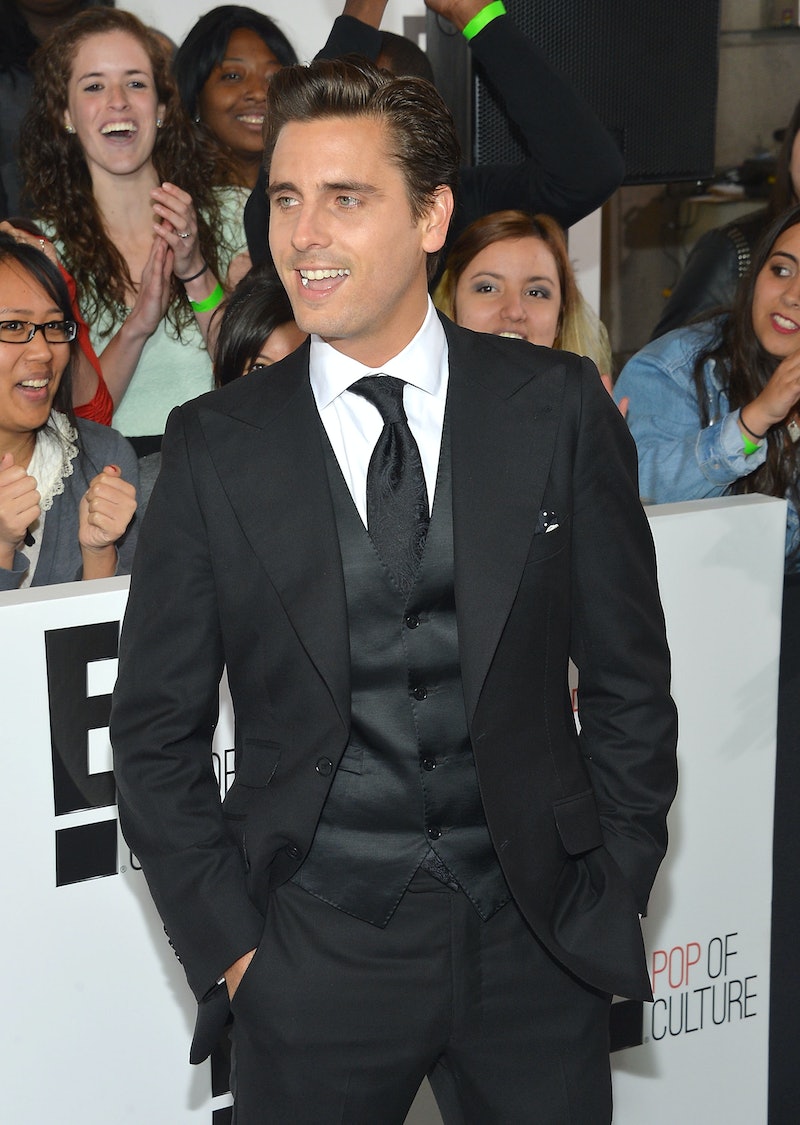 Leave it to Scott Disick to end the year by making a major business move. Us Weekly reports that Disick bought a Beverly Hills mansion for a whopping $3.69 million, which is probably chump change for him. Anyway, it's been somewhat difficult to decipher exactly what Disick's job is, but it's clear that he has a lot going for himself outside of being the Kardashians' comic relief. As faithful as he may be to that position, the 31-year-old father of three is also prepared to make some big career moves in the new year by renovating and flipping houses, which is what he reportedly plans to do with his newly-acquired 5-bedroom, 6-bath, 4,069 square foot estate.

The timing might be purely coincidental, but it seems like Disick may have caught house-buying fever from Kimye, who bought a new house in Calabasas recently. Anyone remotely familiar with Lord Disick realizes that he has a mind and style of his own, so that may be a little bit of a stretch. Maybe this is yet another example how to celebrate the holidays Disick style. Then again, considering the fact that the Kardashians are basically their own mini-empire comprised of multiple family businesses, the year-end mansion purchases may have been coordinated by Kris Jenner, arguably the craftiest stage mom of all times.

Despite ongoing reports of trouble in paradise with his longtime girlfriend Kourtney Kardashian, a source claims that Disick actually consulted with her about the renovation, saying, "Scott went over finishes and marbles [Tuesday] along with Kourtney and her sisters." If that's true, it's certainly a good sign to see the couple them involved in a business venture together especially when rumors constantly suggest that a breakup between the two is imminent.

With a new baby girl and a fresh business deal underway, I'd say Disick has some pretty awesome new year ahead of him.