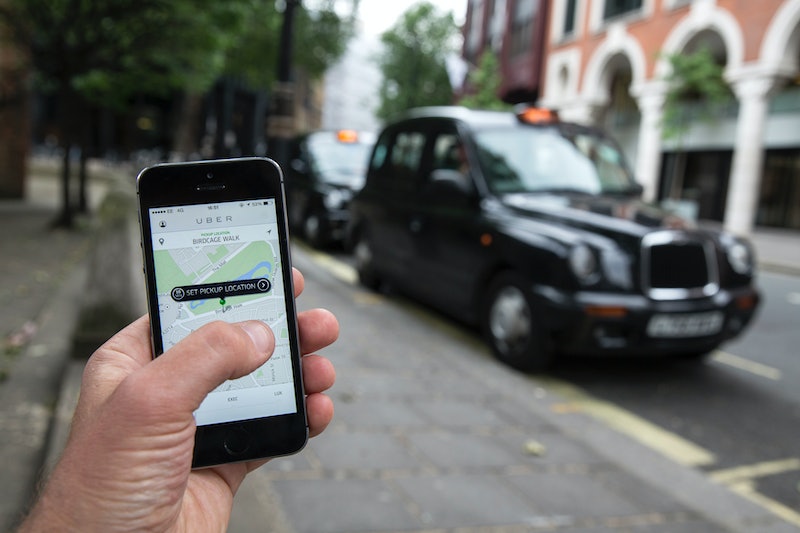 New year, new bank statement, and for those of you out there who had the unfortunate luck of resorting to an Uber ride on New Year's Eve, you might be seeing quite a few more dollars taken out of your account than you expected. As predicted, Uber's surge prices went through the roof on New Year's Eve, charging passengers as much as ten times the normal rate. People have taken to Twitter with screenshots of their painfully high Uber bills, calling the company out and demanding refunds, but honestly, at this point my sympathy for these riders is pretty limited: As important as it is to stay safe while out on the town, riders were warned in every possible way that this was going to happen, and I mean every possible way.

Even if you weren't paying attention to Uber surge pricing incidents that got national attention, there were plenty of outlets on New Year's Eve warning about it, and past drivers of Uber and Lyft advising on how to avoid the surge prices. Even Uber sent out a tweet and shared a blog post being entirely transparent about the surge rates and the most critical surge hours throughout the night. And riders can't exactly play dumb, either—the app warns riders before the car even comes that a surge is taking place. All they have to do is some basic math to guess about how much they'll be paying.

And here's the screen you see before you even summon the Uber:

And yet people are still acting indignant that it happened, as if they had no warning. Here are a few of the tweets of people complaining about the surge:

Some even had downright despicable comments, like these tweeters promoting drunk driving after getting pissed about the surge, as if driving drunk was the only legitimate option behind getting in an Uber (really, guys?):

The real dig here is that as much as the riders are complaining, nobody's night sucked as much as the Uber drivers. Savvier revelers all hopped into cabs or other public transport, so even though a lot of drivers were forced to work New Year's Eve, some made half as much as they would make on a regular weekend night and still had to sit through hours of horrible traffic.

I'm not defending surge prices, because they seem like the fastest way to screw over both riders and the drivers these companies hire. And I'm certainly not defending Uber, because I've heard enough Uber horror stories to never touch that with even the longest stick. But for most of the people up in arms about the surge, it's not like Uber was your only option. Next time, either do some math or call a damn cab like the rest of humanity.