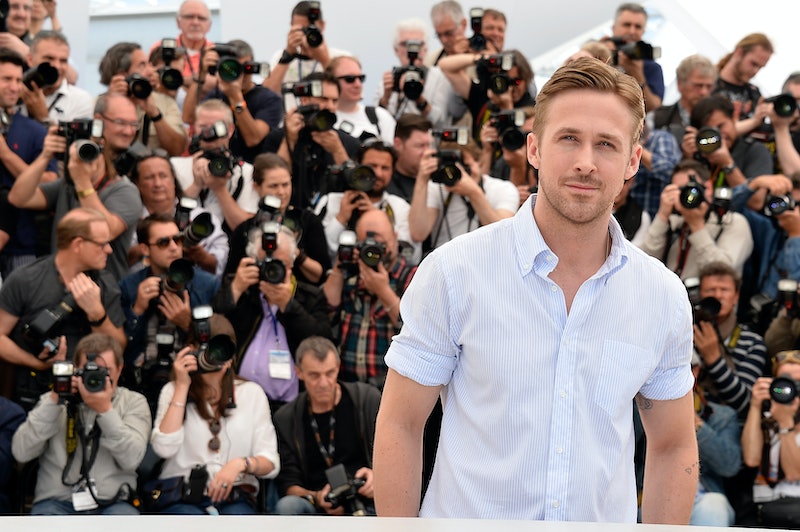 Finding a feminist partner is pretty easy if you date women, but what if you prefer your X chromosome with a little Y? Despite what Fox News might tell you, some men wholeheartedly believe in women's rights and gender equality, so to help us unearth these elusive gentlemen, The Washington Post explains how to find a feminist boyfriend if you're in the market for a guy who knows the difference between Pam Grier and Germaine Greer. The author of the piece suggests that women first define what they mean by "feminist" before taking concrete steps such as listing the word in their dating profile or defying gender norms by asking guys out.

Like dating in general, however, things aren't always what they seem, and many men are feminists in theory but won't tear off their work clothes Superman-style to reveal a "this is what a feminist looks like" t-shirt underneath. Since our misogynistic culture doesn't always reward guys who are outspoken feminist allies, you might have to dig a little deeper. This is just as true for prospective dates as it is for men you may already be dating. So if you've been together a while but haven't asked him what he thinks of "the F-word" yet, here are a few signs that might reveal his true feminist colors.

1. He notices if a movie passed the Bechdel Test

If, at the end of watching The Wolf of Wall Street or the entire Lord of the Rings trilogy (or pretty much any mainstream movie) your boyfriend notices that no female characters ever speak to each other about anything other than a man, he might be a feminist. Bonus points if he realizes that named female characters speaking to each other about something other than a man is too simple of a test to truly detect sexism and diversity in a film. But just knowing what the Bechdel Test is is a pretty good start.

Although the male birth control pill is but a distant dream, if your boyfriend mentions that he would consider taking the pill to give you a break from your years of having to take it, he might be a feminist. If neither of you are the hormonal contraceptive kind, then perhaps he always buys his own condoms, and takes an active role in knowing both of your STI statuses and your plans for pregnancy prevention. Hey, even breaching a discussion about the health of your lady parts is a good sign.

4. He already bought tickets to the Sleater-Kinney reunion tour

You can of course be a feminist and listen to whatever kind of music you want, but if a guy is a Sleater-Kinney fan, there's a huge chance that he's a feminist. Same goes for Bikini Kill and L7 and their riot grrl ilk. If he's front row center when Corin Tucker and Carrie Brownstein come calling, you know at the very least that he's not a men's right's activist.

6. He never reduces your feelings to hormones

If your boyfriend never describes your emotional reactions as "crazy" or "hormonal" or "PMS-y" he might be a feminist. If he knows that it's your time of the month but still doesn't do it, then he is a god among men. Seriously, though, men and women are both driven by a complex combination of hormones, and if your partner knows this, you've done pretty well for yourself.

7. He thinks your career is as important as his

If your boyfriend would be willing to move cities to help you achieve your career goals or even if he just takes your career as seriously as he takes his, he might be a feminist. If he believes that the gender pay gap exists and knows how much harder women have to work to build a long-term career than men do, he might be a feminist. And if he doesn't care if you make more money than he does, you're golden.

8. He believes your sexual pleasure is a priority