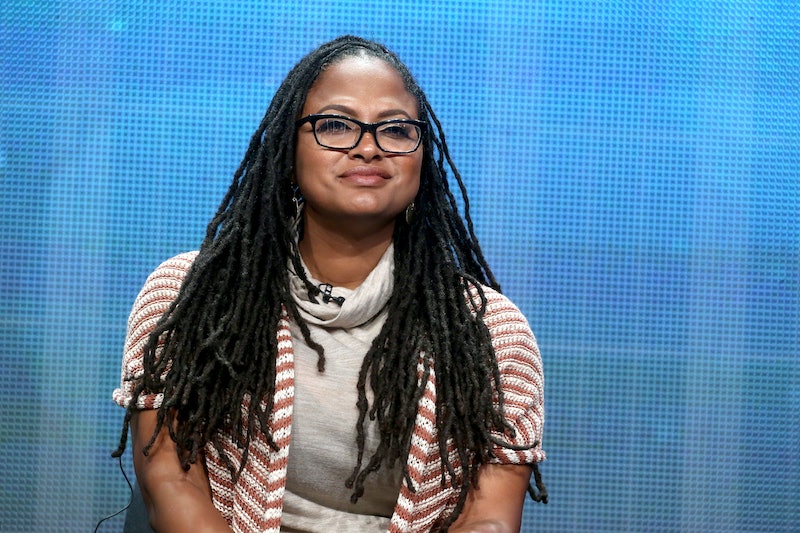 In light of Selma being snubbed by the Producers Guild of America for a nomination for its award, the film's director Ava DuVernay issued a statement addressing the problematic situation Selma has incited at a luncheon for the film aht Manhattan's Metropolitan Club. Critics of the film are up in arms about the portrayal of President Lyndon B. Johnson, claiming it is inaccurate, indicating that LBJ was much more involved and supportive of the Civil Rights Movement than he is portrayed as being.

Selma was not even included in the list of screeners from which the PGA nominees were chosen, and that blatant erasure of the film speaks to a louder conversation about the discomfort of confronting the ills of American history. DuVernay said of the critics standing behind the argument that her film presents an inaccurate representation of history: "For this to be I think reduced... to one talking point of a small contingent of people who don’t like one thing, I think is unfortunate, because this film is a celebration of people, a celebration of people who gathered to lift their voices, black, white, otherwise, all classes, nationalities, faiths, to do something amazing."

The shifting of focus is a byproduct of a larger problem, that certain parties believe that they are the protectors of an ultimate, objective historical truth. President Johnson's former domestic affairs assistant Joseph A. Califano Jr. was especially affronted by DuVernay's Selma, penning an angry op-ed blaming the director for "taking dramatic, trumped-up license with a true story that didn’t need any embellishment to work as a big-screen historical drama." He went on to claim that it was Johnson's, not King's, idea for the Selma march in order to pass the Voting Rights Act, saying that LBJ and King were partners. DuVernay responded to him on Twitter, saying that history should be interrogated and the notion that LBJ spearheaded Selma is offensive and reductive of the Civil Rights Movement.

On Tuesday at the luncheon, Henry Louis Gates, Jr. said: "Every historical film has poetic licenses. I mean, this is not a documentary. This is a feature film, and I think both the script and the direction are masterpieces, and any attempt to make this about the Great White Father is misdirected." Therein lies the crux of the uncomfortable issue—those angered by the history that Selma depicts are operating under the assumption that there exists one, true history, and that DuVernay has gotten it wrong.

But what makes them think they got it right? How could it even be possible that former members of the Johnson administration to have any objective views on the past? It's another oppressive situation in which a black history is negated as invalid in favor of a white history posing as the one empirical Truth. As Gates, Jr. pointed out, films like Lincoln and Schindler's List, both historical dramas directed by men, were not so heavily scrutinized or barred from nominations; and did they not also take liberties with the stories they were telling?

History must be accepted as fluid and not something one can get right or wrong. To imply that a black female director cannot join the conversation or effort to work through the pains of the past is inherently oppressive; it is an negation of a legitimate and powerful voice. It also diverts attention from the real, raw and powerful story of the Civil Rights Movement that resonate today; 2014 was a particularly horrific year in which the racism against African-Americans in the US was revealed in all its vicious ugliness. Duvernay concluded:

And if there’s anything that we should be talking about in terms of legacy, it is really the destruction of the legacy of the Voting Rights Act and the fact that that very act is no more in the way that it should be protecting all voices to be able to be heard and participate in the electoral process. That is at risk right now. There’s been violence done to that act that we chronicle its creation in our film.

Turning the conversation from Selma's exploration of justice and strength in the face of the abuse of power is just another form of silencing, and critics and fans alike — including the Producers Guild — need to pay mind to the power of Selma.