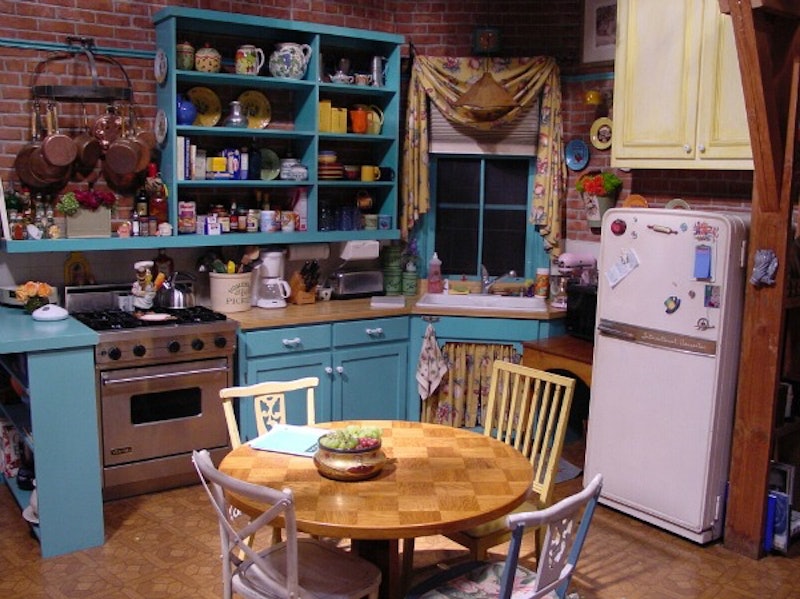 Here is my best case for why you should learn all the questions to ask before you sign a lease: my roommate was explaining to our landlord that she was not within her rights to charge us full-price for a carpet replacement after we left our apartment because the prior landlord had told us a mere month before that the carpet hadn't been changed in twelve years, and that our apartment was many years overdue for a replacement anyway (that, and we had pictures on file of the original carpet's state upon moving in to prove it). Instead of hearing her out, this new lady cut my roommate off and quite literally began to scream that there were no such records at a volume that terrified every potential tenant in her office.

You can't make these people up; they're too real. Somebody more important than we are must have, at some point, made her realize she had no legal recourse to keep the meager deposit we had given them two years earlier, and it was eventually returned to us in full.

That being said, moving out of that apartment was a logistical nightmare. Of all the horror stories I have from Craigslist apartments, dealing with that lady was by far the worst. The only solace I can take from it, however, is that enduring the shenanigans of the Landlord From Hell has made all of my other many new apartment transitions run smoother, even if 90% of the time I was moving in with complete strangers. If you want to avoid getting in more scrapes than you would in a junior high after-school special, be sure to ask all of these questions before you move in:

"Am I allowed to sublet this apartment?"

This is important to know whether or not you plan on going somewhere, because you never know what life is going to throw at you. You could end up needing to leave for months and watching that rent money go down the drain. It's also important to familiarize yourself with the terms of subletting to protect yourself.

Horror story to prove my point: I once was moving in to continue the lease of a girl whose lease ended July 15th, but she was physically leaving the apartment in late May and had found a subletter... who would sublet through August, straight into the first month of my lease. She and the subletter agreed to these terms without consulting me, which makes, like, ZERO legal sense. Did I mention both of these people were strangers?

OH BUT IT GETS WORSE. Eventually I caved (mistake) and let her take on this subletter, who then promptly burned through the carpet in August by flinging hot oil (FLINGING HOT OIL! WHO ARE THESE PEOPLE?!), and for the longest time, the apartment tried to come after me for the money. Conveniently, the girl who left had gone to Europe for six months. The point: Subletting is messy business. Know exactly what you are and aren't liable for, and pray to God that you aren't replacing a total nutjob.

"What exactly is maintenance responsible for fixing, and does it come with a fee?"

For the longest time, my roommate and I lived with a broken dishwasher without realizing that we could have picked up the phone and called maintenance to have someone fix it for free within the hour. Most apartments don't just have someone on staff for quick fix-its, but also bigger things, like bug infestations and appliance malfunctions. Do not waste your money hiring outside people for this, because there's usually a pretty convenient umbrella of repair work the apartment will do for free.

"What's the deal with the cable/internet provider?"

A lot of apartments require you to get cable and internet service from a particular provider. More often than not that provider will do everything they can to make you rue the day you were born. You ultimately have to decide whether or not the trouble is even worth it, or if you'd rather look somewhere else that can give you more options and flexibility.

"Exactly which utilities are and are not covered?"

Every apartment runs this a little bit differently. Sometimes water, gas, electricity, garbage, and cable are all included in the rent. More often than not, though, it's a mismatch of some things that are covered and some that are not, and then a seemingly affordable apartment is logistically way out of your original price range. You don't want to get that kind of shock when you've already signed the lease and it's too late to back out.

"Will someone notify me if management changes hands?"

This is what bit us in the butt big time with the landlord I mentioned earlier. We had been assured that pictures of the current state of our apartment when we moved in had been saved. We had been promised a great many things about how my move out procedures were going to work, and what constituted taking money out of my deposit and what did not. Once management changed hands a month before we left, all of that got shot to hell, and there was no way of reaching the previous landlord. If you have a head's up before they go, you can get whatever they said to you in writing to defend yourself, hopefully without your eardrums bursting from a strange lady yelling at you like ours almost did.

"Can I spend the night in an empty apartment to get a sense for the noise factor?"

I cannot tell you how many times I have been lied to about the noise level in an apartment building. Actually, YES I CAN. It was three different times, and all three times led to the subsequent next few months of my life becoming a living hell that the combined power of ear plugs, white noise turned on to full blast, and a pillow over my head could not drown out. This is important to know especially if you are renting your first college apartment, because you have no way of knowing which apartment complexes are the "party" ones until you've been there yourself. I promise you management will lie through their teeth about it. They need you more than you need them.

"Can I test run the actual apartment I might be living in?"

If they say no to this, there is some shady stuff going on. If they say yes to this, immediately check everything. Hell, bring a buddy and make a bizarre party out of it. Flush all the toilets, turn on all the sinks, try every single power outlet and even run the dishwasher, if there is one. Test out the locks on all the doors and the flimsiness factor in the cabinets. Walk all over the place and see if the floors squeak. Hang up something heavy in the closet and open and shut the closet door a few times, especially if it's one of those rolling ones. It's not a huge deal if one of these things isn't up to par, but it's a good way to make the landlord aware that those are problems that need to be fixed before you move in, instead of problems that get put off after they've already got your money locked in.

"Do you allow pets?"

Even if you don't have a pet right now, you might want one someday. When you sign a year-long lease for an apartment, you never know if that could be the apartment you end up living in for a few more years after that, and a lot can happen in a few years. It's good to be aware of their policy, and how much the pet fee is per month so you can bear it in mind in case you do end up adopting a furry friend somewhere down the line.

"Is it OK if I take a few days to think about it?"

Unless you're in a bustling metropolis that legitimately does put apartments on and off the market faster than you can blink, odds are there are plenty of empty ones in the complex. This for sure goes for most campus-affiliated complexes. If they are painfully aggressive about telling you that the apartment will disappear in their best THE SKY IS FALLING voice, then let that be your warning that something fishy is up. If they let you take a few days to decide, odds are they have way less to hide.