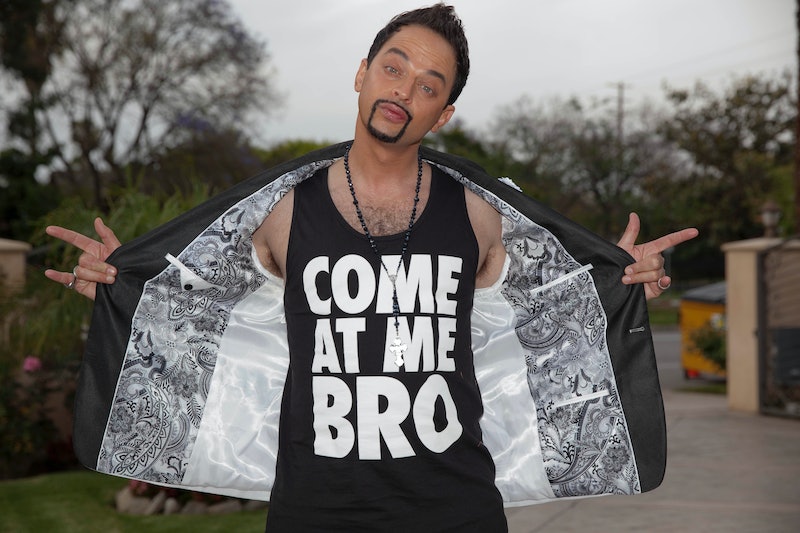 The third and final season premieres on Tuesday, Jan. 13 and the announcement that this was the end of the show felt premature. At first, I was hesitant to tune into Kroll Show. I knew Kroll was talented, but I was used to seeing him play such absolute jerks. His roles as Ruxin on The League and The Douche on Parks and Recreation did not endear him to me. But once I started watching Kroll Show on Comedy Central (after encouragement from friends), I was furious at myself that I hadn't been watching earlier. Turns out, I shouldn't have been that mad since there will only be three seasons of the comedy gem so it's super easy to catch up on. (Comedy Central even lets you watch full Kroll Show episodes online for free — what a novel idea.)

So why is the show ending? In a piece of good news, it was actually Kroll's call. As Kroll told Vulture in Dec. 2014 about ending the show after three seasons:

Well, it was not the plan to do so, but as we started to get towards the end of the season, it just became clear that we wrapped up a lot of the stories and characters that we had created, and felt like we had brought a number of them to their natural conclusion. So, as opposed to stringing out more seasons, we wanted to feel like we were going out with the best work that we’ve done.

Kroll skewers everything that is wrong with TV (particularly reality TV) and our culture in the most hilarious way possible. I'm laughing at just thinking about all of his sketches — PubLIZity ("I'm Liz." "And I'm Liz."); Rich Dicks; Madison Chooses; Wheels, Ontario (a must-watch for Degrassi fans); Pawnsylvania; and Oh, Hello (of "too much tuna" fame) just to name a few. And that doesn't even include the outrageous characters (all played by Kroll), like Doctor Armond, Bobby Bottleservice, Ref Jeff, C-Czar, and Nash Rickey.

(Good luck with getting "L.A. Deli" out of your head now. You're welcome.)

I was really upset when I heard Kroll Show was ending. But, I also really respect and admire Kroll's decision. "As I’m sure you’ve watched a lot of shows you’ve loved continue to make shows because they could and the quality began to dwindle," Kroll said — and he couldn't be more accurate. How disappointing is it when you watch a fantastic show lose steam due to not being able to keep up with the sheer quantity of content that we expect from our TV shows?

Unfortunately (and yet fortunately for binge watchers) that is the nature of American television, but Kroll's decision could be indicative of a turning of the tide. David Sims of The Atlantic noted that Kroll ending his show now is refreshing, even though there has been a shift in how television series' endings are being handled. He brought up the planned ending of Breaking Bad for comparison — an eloquent show that didn't overstay its welcome with its five, tight seasons. And partly because of the show not lingering for too long, the series finale didn't disappoint.

Of course, Kroll's characters aren't as complex as Walter White (although he did jokingly compare them to Shakespearian characters in a Made Man's Speakeasy interview with host Paul F. Tompkins), but his choice to end the show makes me respect Kroll as an artist more. Yes, I am calling PubLIZity art. Deal with it.

So I will take Kroll Show's farewell in stride. It's not like we'll never see Nick Kroll on our TVs again. And one day (when they're old enough), I can show my currently nonexistent children Kroll Show to give them a glimpse of this bizarre world we lived in. "It feels like a good time capsule of the people and things I thought were funny over this period of time," Kroll said. Agreed.