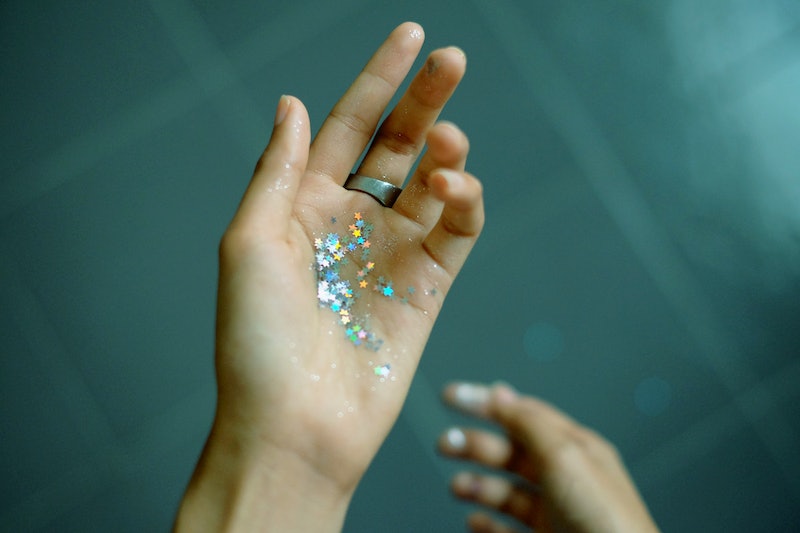 There are only so many ways to get revenge on your mortal enemies these days without seeming unoriginal. The Taylor Swifts and Justin Timberlakes of the world have already coined songs about their enemies, and giving them the cold shoulder or spreading rumors about how they secretly listen to Nickelback is so 2014. Luckily, there is a hot new way to get back at those unlucky few who most deserve your vengeance, thanks to this company that ships glitter to your enemies. They quite literally take your enemy's address and, for the low price of a mere 10 Australian dollars (roughly $8.15 in US dollars), ship them an envelope full of glitter, complete with a note about how they are a terrible person who clearly deserves the "herpes of the craft world." BLESS THIS MESS.

I think the reason I love this idea so much is that I am impervious to being harmed by it: I love glitter. I was informally banned from Halloween parties in college after my aggressively sparkly pink Hello Kitty tutu once left a permanent trail of glitter all over someone's unsuspecting apartment. (I stand by my life choices.) If someone sent me glitter in the mail, it would only make my powers of evil stronger. And in the meantime, I have the perfect weapon to get back at my own enemies. (Watch your adorable back, Emma Stone.)

The beauty of this whole thing is that it is totally anonymous, so nobody will ever know you're the one who sent the revenge glam. And the absolute best part of this service is that the people behind it are every bit as awful as the people behind Cards Against Humanity . If you don't believe me, check out the FAQ section of their site. Brace yourself for a lot of swear words added to the word "face".