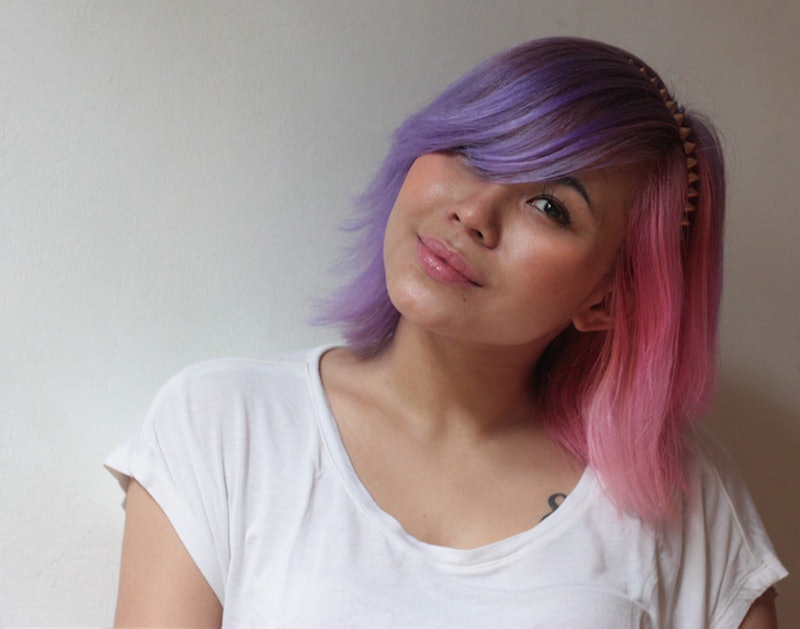 I have a confession to make: I don't believe in ambiverts. I fully believe that there are extroverts who are occasionally shy and awkward, and that there are introverts who are occasionally animated and like going out, but if we're really going to start labeling people as "ambiverts" then we're going to encapsulate the whole population and the word will mean nothing at all. (STOP TRYING TO MAKE AMBIVERT HAPPEN. IT'S NOT GOING TO HAPPEN.) Regardless of what kind of personality you have, "extrovert" and "introvert" isn't fully going to cover the kind of person that you are. As a person who has been dubbed the former, I know that there are plenty of things people get wrong about extroverts.

I'm not saying that our situation is worse than the one facing introverts. I'm just saying we should level the playing field here: Being an extrovert isn't always this shiny, happy thing that the Hannah Montanas of the world made it out to be. The same way introverts face blanket assumptions about their lives, so do we. Here are some of the wrong things that people are constantly assuming about the extroverts of the world:

People always thought they were doing me a favor when they "let me" deliver group presentations because I was the extrovert of the group. The truth is, though, NOBODY likes public speaking, and if you find me someone who does, I will rip out their batteries to make a point because they're clearly not human.

We're always hip to go out

Even extroverts are lazy. And the walk from our bed to wherever we left our pants is really, really far. Yes, we tend to like going out more than introverts do, but that doesn't mean we're into it 24/7. "Extrovert" is not Latin for "has Red Bull flowing through veins."

We always want to be the one making the plans

Our less extroverted pals take for granted how exhausting it is for us to rally a small army of people for a social outing. The worst is when one of them is like, "Why haven't we all seen each other in awhile? Text So-And-So and That-Other-Guy and we'll all hang out!"

WE ARE NOT THE ONLY ONES WITH THUMBS, YOU CAN TEXT PEOPLE TOO. Not only is it exhausting for us to always be the one making group plans, but we end up taking it unnecessarily personally when people back out of them, because we were the ones they said "no" to, even if they were actually saying "no" to the whole group.

Life is somehow easier for us to navigate

Ah, yes. The secret to a successful, A+ existence is to be a bundle of awkward that talks way too much and too loudly and feeds on human companionship like it is their life blood. YOU'RE TOTALLY RIGHT.

Seriously, though, no matter who you are, your life isn't easy, breezy, lemon-squeezy. There are some things that certainly come easier to us, like talking to strangers or sticking up for ourselves, but there are also plenty of other things that don't. We still experience rejection and loneliness and doubt the same way introverts do.

We have always been this way

I can actually pinpoint the moment in my life I decided to become an extrovert. Yes, decided. I was born painfully shy. Minor embarrassments would happen to me and I remember just standing there like the world had literally frozen around me; I was so mortified by my own existence. But I wanted to have a lot of friends. I wanted the chaos and the fun and the yelling at recess. I was an extrovert trapped in an introvert's body.

And then one day in fifth grade, I just kind of snapped—and I started talking. All. The. Time. It was excruciating at first (probably especially for the people who had to listen to me) but ultimately I found that my suspicions were correct: I was happier that way. But I wasn't born with some innate fearlessness. It was something I consciously worked for. I'm not saying that all introverts should have to make this change. You should live and conduct yourself however makes you happiest. This change just happened to be really good for me, and make me very happy. I get kind of annoyed at this assumption that engaging with people always came easily, when I don't think that is the case for anyone.

Believe me, extroverts get embarrassed. Being that we talk more than most people, we have a higher likelihood of saying something regrettable. I'm embarrassed by approximately half of what comes out of my mouth. I pretty much have no brain-to-mouth filter. Extroverts feel embarrassment just as intensely as anyone else. We lay awake during those late hours when we're trying to fall asleep, reliving all of the unspeakably awkward stuff we did that day. WE BLEED TOO, YOU GUYS.

We don't realize when we're talking too much

Truth bomb: I totally know when I'm talking too much. I know it before everyone else knows it. It's like a runaway train. And nothing on the planet is more humiliating than someone pointing out that you have been talking too much, especially because, at that point, you're fully aware and already trying to reign it in. Speaking a reasonable, socially acceptable amount is an actual struggle for a lot of extroverts—but we always know when we've crossed that line.

Just because we have a lot of friends doesn't mean that we value any of those friendships less. I know introverts tend to think that their friendships are deeper and more connected because there are fewer of them, but the idea that extroverts' relationships have are somehow shallow because they have a lot of them is WAY off base.

We have a lot of friends

Also, not all extroverts have a lot of friends. Just throwing that out there. Being more comfortable interacting with people isn't the same thing has have absolutely no standards for the people with whom we develop particular attachment. Extroverts can be picky too, and often are.

When you're the social butterfly of the group, everybody just assumes that someone told you about fun plans when in fact, very often nobody does. The irony is, when this happens, it's usually the one event your friends all go to that you didn't arrange yourself. Basically we can't catch a break.

We're mad at you if we aren't talking a lot

Sometimes our lives are very boring and we have nothing exciting to contribute to a conversation. I notice when this happens, though, a lot of friends who are used to seeing us TALK LIKE WE HAVE CAPS LOCK IN OUR BLOOD suddenly think we are holding some secret grudge against them. If we are feeling less-than-talkative every now and then, it usually has nothing to do with our friends.

We already told you all our secrets

Extroverts value privacy as much as introverts. Where on earth did people get the idea that this wasn't true? Yes, I over-share like it's our job—but I don't tell everyone everything. There are some things I will never share outside of my family, or things that I won't even share outside of my own mind. I like being an open person, but the reason this assumption makes me a little upset is that it seems to imply that our secrets are somehow less worthy of being kept than other people's secrets, like if I tell someone something then I won't mind them repeating it. I do mind. I only tell people secrets of mine when I trust them personally and intimately, and it is all kinds of suck when that trust is broken.

We are somehow less intelligent than introverts

Your opinion is less meaningful to us

Here's the thing about extroverts: When we have a problem, we might tell EVERYONE about it. We like to air things out and use other people as sounding boards to weigh options when we're making decisions. I do this often, and notice sometimes that friends get miffed when they've given me advice and see that I'm still seeking it from other people. It's not that I wasn't listening, or didn't think your advice was valid, it's just that talking to a lot people about it is what helps put an issue into perspective. Hearing a lot of opinions doesn't make yours feel any less valuable to us.

We're lonely when you're not around

We're perfectly capable of doing things independently. We don't need to be around a ton of people—we just don't mind when we are. But we're not going to be like, "Darn it, another night in my PJs eating cheese and watching Netflix! Woe is me!" either. Most extroverts cherish their solo time. (Hey, all that outgoingness is exhausting! We need to recharge in peace quite regularly.)

We don't understand our introverted friends at all

I see a lot of this "How To Treat Your Introverted Friends" chart making its way through Tumblr, and while it's good for everyone to be reminded of each other's needs, I feel like that chart assumes that extroverts are somehow incompetent at picking up on social cues. We get it. It's not the way we feel, but we are not so obtuse that we are somehow unable to fathom an experience outside of our own.

We're secretly trying to convert the world into extroverts

YOU CAUGHT ME, WE'RE COMING AFTER YOU ALL.