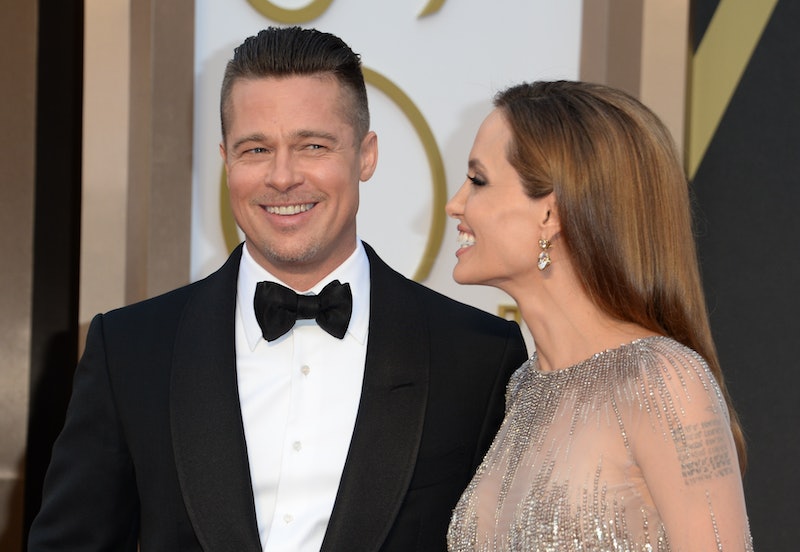 Although I'm as disappointed as anyone that Selma and Jessica Chastain didn't make the Oscar cut on Thursday morning, I'm actually pretty happy with most of the Academy's nominations for this year's awards. They showered praise on Boyhood, threw Marion Cotillard in the mix, and noticed the wonderful Laura Dern for her heartbreaking performance in Wild. But despite my enthusiasm over the nominations, as well as my well-documented love of award shows, I'm not particularly excited to tune into the ceremony on February 22. Why? Because more likely than not, this year's Oscars might just be the most boring one yet.

And I don't just mean that unless things go horribly awry, we can pretty much predict the winners of each major category (Patricia Arquette, get your speech ready). I'm talking about the fact that all the typical celebrities known for making awards season fun probably won't be in attendance, due to the fact that they aren't nominated or featured in any of the honored films. Brad Pitt won't be there, nor will Angelina Jolie. Jennifer Lawrence is busy chowing down in Boston. George Clooney isn't set for any more Lifetime Achievement Awards. Matt Damon won't be repping Interstellar, and Gone Girl's Ben Affleck will probably support his movie wife from home. As for Jennifer Aniston, it's doubtful she'll be stepping within 100 feet of the red carpet anytime soon, unless it's to plot her revenge.

With all those celebrities absent, this year's Oscars is looking to be a quiet affair, one without many memorable one-liners and hilarious winning speeches. Sure, there may be the occasional red carpet fumble or side-eyed look at the camera, but as for Jennifer Lawrence falling down the stairs? Amy Adams shimmying with Pharrell? Brad and Angelina sharing a slice of pepperoni while Julia Roberts looks on with envy? None of it's going to happen, considering that nearly all of Hollywood's most interesting celebrities will probably be nowhere to be seen. Hell, I'd even take Leonardo DiCaprio pretending to look happy when another actor wins his category, if it meant a few laughs and something to tweet.

But judging by the nominee list and the audiences of 2015 award shows so far, the most excitement we're bound to get from this year's ceremony will be Neil Patrick Harris singing "Into the Woods" with Meryl Streep. And when you add in the fact of our practically given knowledge of who's going to win each of the awards, February's show will likely be a pleasant enough evening, if an incredibly boring one.

Still, there's some hope. This year's nominees include Reese Witherspoon, who's usually game for any joke, and Emma Stone, who, if not likely to be improvising from her seat, will at least add some enthusiasm to the events. Meryl Streep, too, might be up for some fun, as well as Benedict Cumberbatch, who's never not down for a good photobomb when the time calls. There'll be John Legend and Chrissy Teigen (cry face part two, perhaps?), Lupita Nyong'o, Matthew McConaughey, maybe Anna Kendrick — sure, she's been keeping her antics low-key this awards season so far, but perhaps she'll decide to let loose at the Oscars and knock back a few drinks with Cate Blanchett.

For now, I'll be keeping my fingers crossed until the Academy announces that first group of presenters in a few weeks' time, hoping that a night-making celebrity I've forgotten about makes it onto the list, or Brad Pitt lets go of his Selma grudge and decides to grab his wife and walk the red carpet. Because for those of us who look forward to watching A-list stars huddle in for selfies or dance with their hosts, an actor like him deciding to show up would be the kindest thing he could possibly do.