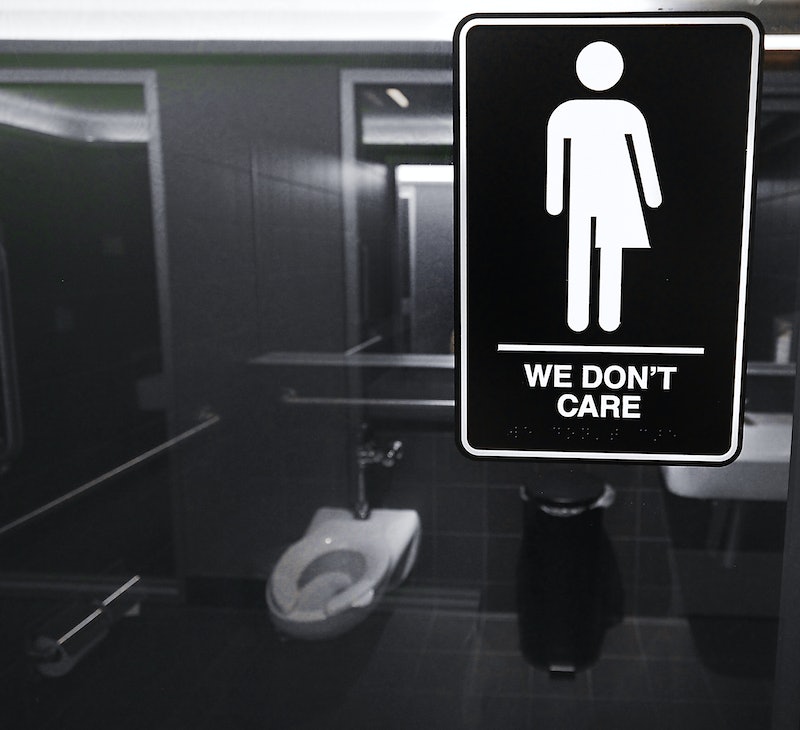 Austin, Texas, the city famous for its SXSW festival and burgeoning music scene, has recently been getting attention for a different kind of trail-blazing. Last year, their city council passed an ordinance requiring all single-use restrooms in Austin to be made gender-neutral in the hopes of making life a lot more comfortable for transgender and non-gender-conforming people.

Though the ordinance, which was campaigned for by the National Lesbian, Gay, Bisexual, Transgender, and Queer/Questioning (LGBTQ) organization, was passed last year, it just came into effect this past weekend. The new ordinance doesn’t apply to businesses with multi-stall restrooms, and is projected to cost the government and businesses nearly nothing. Austin establishments were simply asked to change the sign on the door of their restrooms from “male” and “female” to “gender neutral” or “all gender restroom.” And voilà, a safer space will be made for transgender people who are forced to “out” themselves when picking a traditionally gendered stall. Austin city officials also point out that gender-neutral bathrooms are beneficial for more than making transgender and non-gender conforming friendly spaces; disabled persons who require assistance and parents with children of the opposite sex will also be more comfortable when using these restrooms.

Before Austin authorities begin handing out tickets for non-complying establishments, they plan on implementing a full education plan so businesses can better understand the importance of these measures. After this, the enforcement of the ordinance will be complaint-driven from those who chose to file a report. Though this type of enforcement isn’t usually the most effective, I think that an educational program is great way to garner support and cooperation. Understanding the real consequences of single gender restrooms for non-gender conforming and transgender people will hopefully recruit more supporters to their cause and perhaps motivate further legislation.

Austin isn’t the first city that has been making this improvement to their restrooms: both Washington D.C. and Philadelphia require commercial single-use bathrooms to be gender-neutral, and West Hollywood has very recently passed a law to do the same. Here’s hoping that by next year many more cities, or even states, will follow suit.