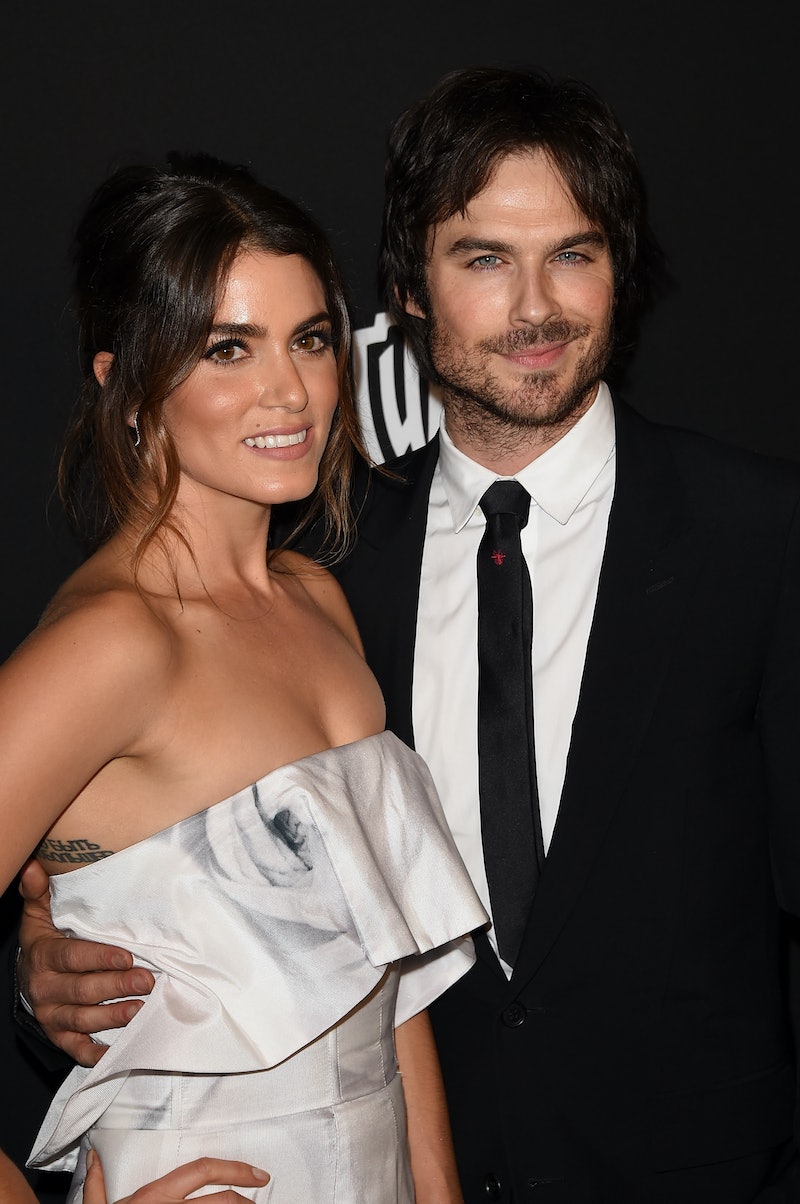 When it comes to the cutest couples in Hollywood, Nikki Reed and Ian Somerhalder definitely rank near the top of the list. Whether it's the fact that they both previously played vampires on-screen or their ever-growing collection of pets, they just seem super compatible. While some fans were bitter when news broke that Nikki Reed and Ian Somerhalder got engaged after six months of dating, this news may help any skeptics feel a bit better. In an interview with Us Weekly, Nikki Reed gushed about her fiancé and proved they're meant to be. She says,

He's so beautiful inside and out! He's quite possibly the most amazing man that's ever walked the planet, it's crazy. I'm so lucky, I love him.

Aww! Ian Somerhalder really is a great guy, so it's nice to see that he and Reed bring out the best in one another. This was also the first time she publicly confirmed the pair's engagement. (So anyone who was hoping otherwise: sorry, it's definitely true!) Unfortunately, the Twilight actress didn't divulge any wedding planning details, but she did talk about starting a family together — well, sort of. Not in the sense of having kids, but she discussed their pets.

We love our animals so much. Since the time I could walk, I was doing all these fosters, rehabs, and rescues. My mom and I have done this together, and it was natural to continue it.

That's absolutely adorable! I can only imagine how many animals they'll have by the time they get married. They'll probably could — and totally should — open their own zoo. And in case you need any further proof that these two are perfect for one another, the picture below speaks for itself!