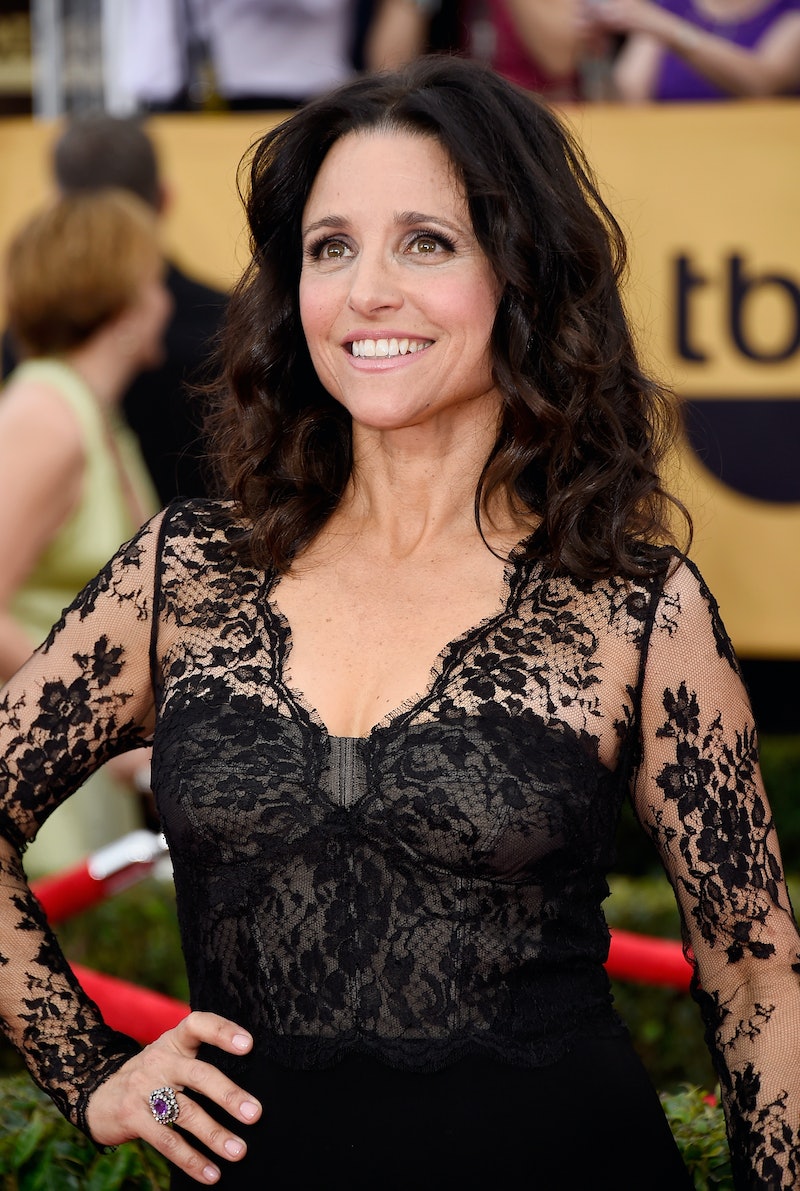 Well, there's one name to cross off the list. Despite speculation that she'd be soon following in Tina Fey and Amy Poehler's footsteps, Veep star Julia Louis-Dreyfus announced that "awards show host" won't be the next title on her resume. While on the red carpet Sunday night at the Screen Actors Guild Awards, the Best Actress in a Comedy nominee shot down the rumor quickly and decisively, saying that hosting a show like the Golden Globes is "not my deal."

"I have such respect for people who do it, and do it well," she said during her interview. "But that's not what I do. I'd rather have a role that I could sink my teeth into."

Fair enough, but it's still a disappointment for those of us who'd hoped to see the actress' amazing comic timing translate to an awards show stage. It's not like there isn't proof she could do it, either; one just has to re-visit that epic kiss with Bryan Cranston at the Emmys or recall that time her Veep co-stars "assisted" with her acceptance speech to realize how great a Louis-Dreyfus hosting gig would be.

Still, even if she never actually steps up as host, there's no question that the actress will continue to be an integral part of awards show fun as long as she has reason to attend. Whether it's taking part in an impromptu beauty pageant, smoking E-cigarettes next to Reese Witherspoon, or just making people laugh while accepting her thousandth award for her work on TV, Louis-Dreyfus has never let an awards show go by without giving it her comedy all. Hopefully, tonight's SAG Awards will give her another chance to show off her skills, whatever the form — Bryan Cranston, you better watch out.