Usually the internet is good to us. It has bequeathed us many gifts, such as cat memes, awkward celebrity photo bombs and the ability to send glitter to your enemies. But those who giveth can also taketh away, and the price of the internet is a costly one for those of us whom it grants the ability to work from home: Our precious snow days . The one thing that you held most dear in this world, the one sacred entity you thought could never be touched, has been destroyed by the very same internet you always knew and mostly trusted. For people who either work at home all the time, or whose companies expect them to do so when inclement weather prevents traveling to the office, snow days are merely a slight departure from their usual workdays. So while everyone else is having a blast building snowmen, playing with their nieces and nephews, or getting day drunk with friends, millions of us are condemned to keep on keepin' on. *Moment of silence*

Although this is a familiar concept to those of us who work from home every day, modern workplaces are now so integrated with modern technology (ya know, laptops and at-home wifi) that you can take your office pretty much wherever you go. That's right: snowmageddon or no-mageddon, if you have an internet connection, you're still a fully functioning employee in the eyes of your job.

I'm not going to pretend that this isn't totally soul-crushing. I know from the few times I played office assistant from the couch last year that nothing will make you feel more dead inside than answering e-mails to the sounds of happy children playing outside, but that's not even the worst of it—you still have to endure all of following when you work from home on a snow day:

Not putting your pants on is significantly less exciting

Usually not putting on pants is like reverse-armor, protecting you from doing any work simply because half of your body is naked. But even your not-pants can't save you now. The internet doesn't care what you are wearing on a snow day and neither does work.

People are all up in your business

Odds are if it's a snow day, you're not the only one home. You'll be joined by roommates, family members, whomever you're dating, the significant others of the aforementioned roommates—oh, and as luck would have it, NONE of them have to work from home so they have no trouble rubbing their Breaking Bad marathons in your face.

You get tons of FOMO reading your Facebook feed

Somewhere in the world, your friends are sledding and drinking and possibly, ill-advisedly doing both at the same time, and just in case you needed a mental picture, there is a literal actual series of pictures floating on your news feed to emotionally destroy you.

GUILT. But social media! But GUILT. But crippling Twitter addiction! Damn work ethic, this is no time for your shenanigans!

Some horrible person will knock on your door and sing "Do you wanna build a snowman?"

Elsa should've crane-kicked that twerp right out of the castle. GROWN-UP GIRLS HAVE STUFF TO DO. When you have to work from home on a snow day, no one will understand. Your loved ones will constantly be bugging you to indulge on Fun Things and will give you Sad Eyes when you tell them you have to do Work Things.

Everything seems to move at a snail's pace

Stuff that you zippity-doo-dah'd through on any normal day in the office takes approximately eight years to complete from home. No matter how "fluid" or "intuitive" your office work system is (just throwing out some "fancy" words I've heard bosses use in the past), it will crawl to impossibly slow speeds and revel in your misery.

All the snow will be gross by the time you finish

You'll promise yourself that you'll rush through work and then go outside to enjoy some good, old fashioned snow-tivities with your family/friends. But by the time you actually get done working, everyone else is half-frozen and ready to come inside, which doesn't even matter because all the fresh snow is...less than fresh now, and not even worth going outside for. Nothing like massive pollution, dirt, and the plethora of yellow spots where the neighborhood dogs relieved themselves to get you in the spirit of winter.

Seriously? Here. Take my laptop. YOUR TURN. It's not like we don't understand the perks of being able to return to the office after a weather- or flu-induced absence and have a slightly smaller pile of work to catch up on, BUT we also get essentially no built-in work/life boundaries. We never have an excuse to not be working, and you know what? Sometimes it would be better if we did.

And the second you log off in irritation, two of them will log back on and be all smug about how they were hard at work when you weren't.

THERE IS NO FREE COFFEE MACHINE HERE

Moment of silence for every lost nap, drunk snow angel, and Friends rerun for the next bajillion years.

You will actually start to miss your damn job

You know things are bad when you'd rather be in the office than on your own couch. This is the final stage of Lost Snow Day Grief. You have come full circle from the snow day-loving child you once were to the vengeful adult who wishes it would all melt away. 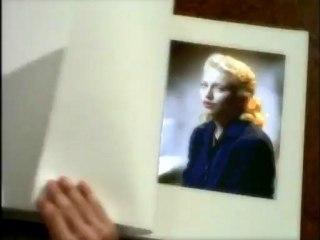